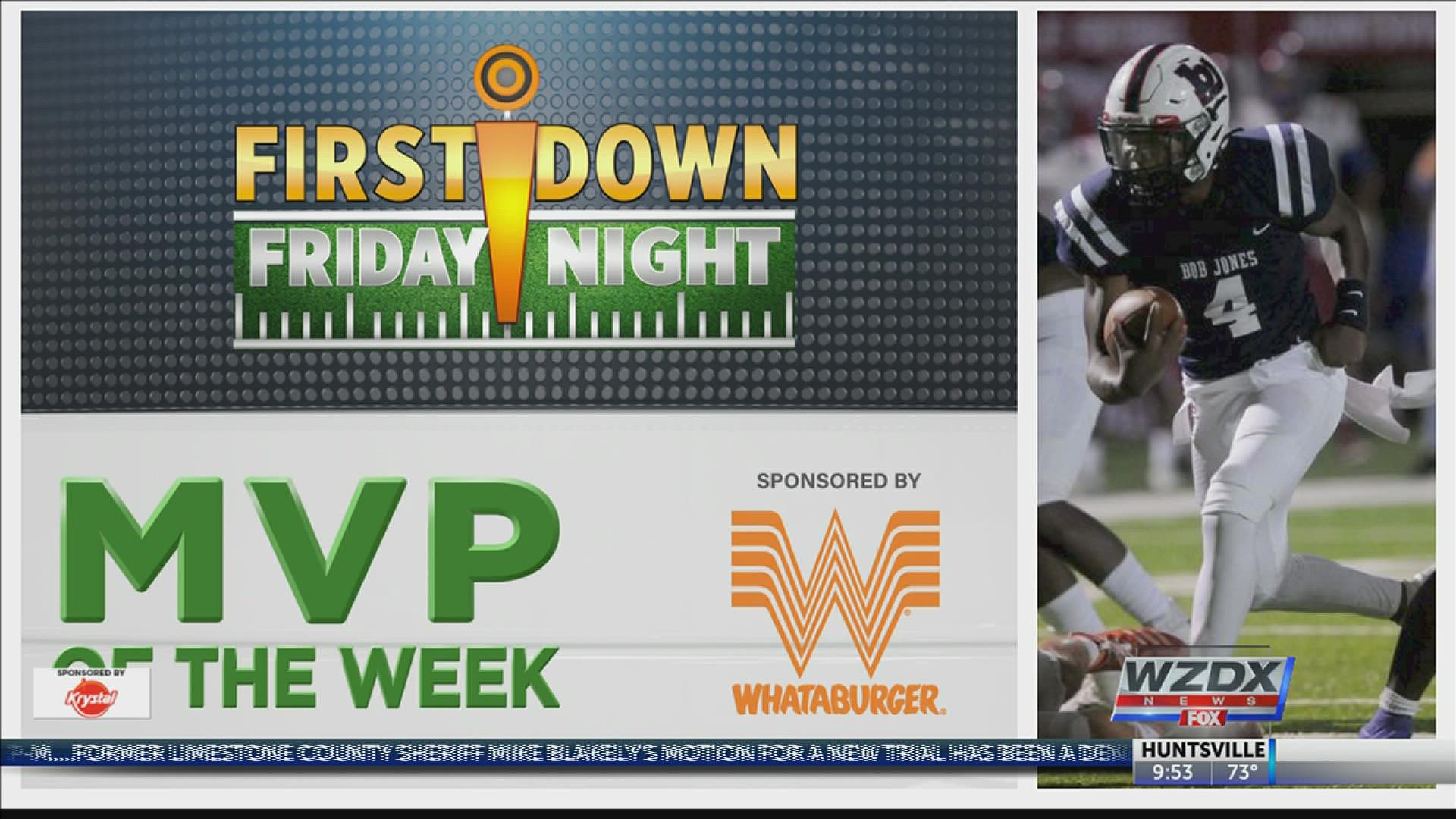 Last week, Bob Jones tallied its first victory of the season, taking down Huntsville 52-49. The Patriots rode a brilliant performance from their star quarterback, Rayshawn Hardy.

“I mean, it's special,” explained Head Football Coach, Kevlis White. “He's a special young man. Not only as a football player, but he's a great kid. He brings some leadership ability to this team and he makes the plays that need to be made. I think he's surrounded by a great support staff that allows him to be really successful.”

Hardy posted nearly 400 all-purpose yards and scored 5 touchdowns including what proved to be the game winner, a 29-yard rushing score with less than a minute to play.

“The linebackers were kind of spread out more,” explained Hardy. "All game I was hitting outside if I was taking off for a run. But that play, I just saw space. I took the ball and just made a play. I think it was Quenton or KJ one of them they had a great block that let me get the edge for the touchdown.”

“Most of the time, he's the most athletic kid on the field,” said White. “He's so dangerous with his legs. But he also can throw the ball well enough to beat you, too. It kind of makes it tough on the defense too keen in on one thing, his running or his passing because he's a true dual-threat quarterback.”

For his efforts, Hardy has earned the latest First Down Friday Night MVP Award, sponsored by Whataburger.

“My mom cared about it more than I did really, said Hardy. “She literally spammed me with exclamation marks and was like ‘Oh my god, my baby!’”