First Down Friday Night MVP of Week 6: Will Stokes

Madison Academy's Will Stokes posted 182 all-purpose yards & 5 total touchdowns in the Mustangs 42-16 victory. Stokes has been named the FDFN MVP of the Week 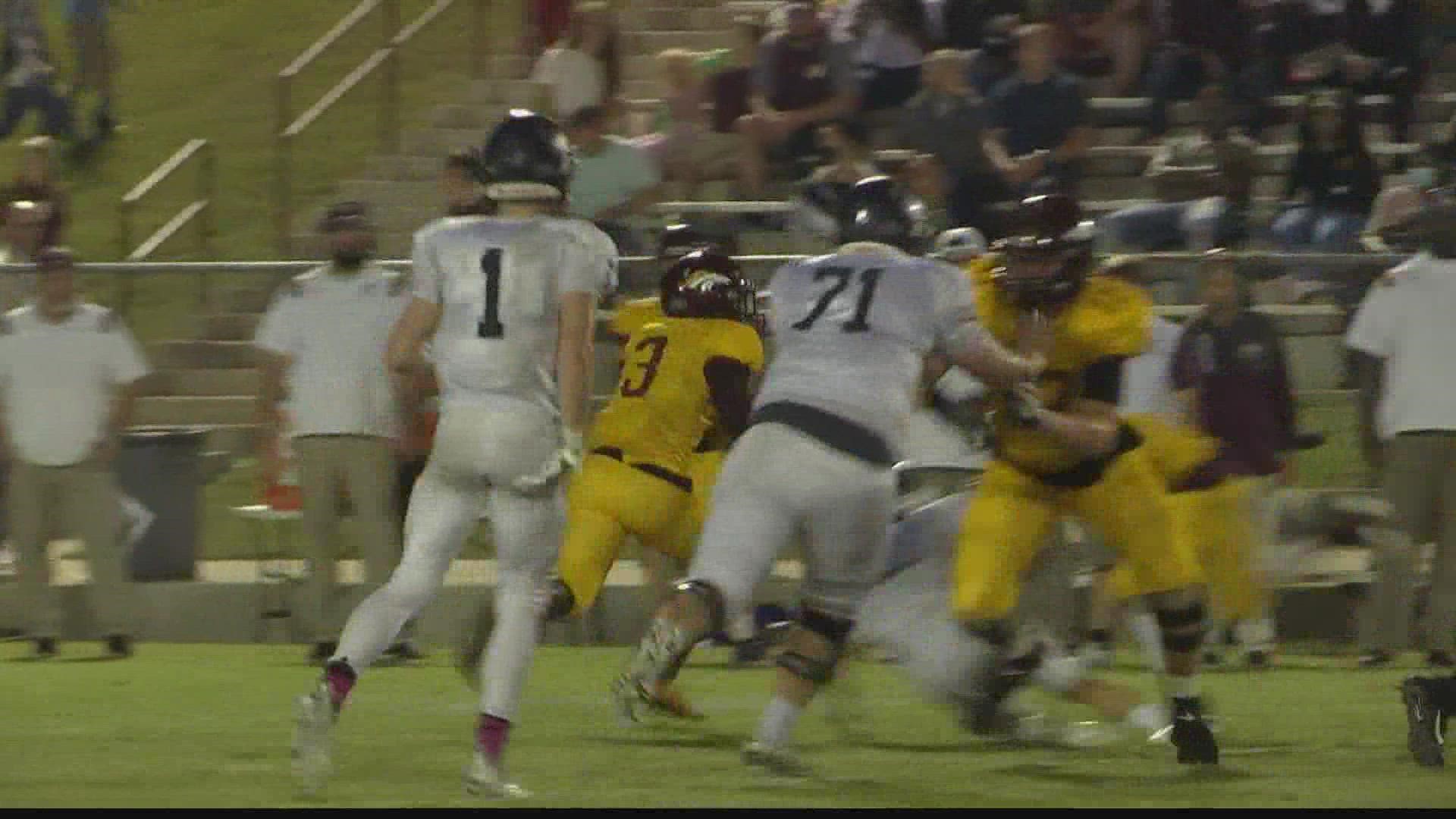 MADISON, Ala. — Last week, Madison Academy defeated Randolph 42-16. The Mustangs sprinted to a victory led by star running back Will Stokes.

“I think I did pretty good,” said Stokes. “Started off slow. The team picked me up. Picked us up. The o-line did their job and made mine easier.”

“He's a worker,” said Madison Academy Head Football Coach Bob Godsey. “He comes in every day whether it's in the weight room, whether it's on the field, wherever. He doesn't say a whole lot. He just comes in and goes to work and a very low-maintenance type of guy and deserves all the accomplishments he's had so far this season. He's worked for them. He's prepared for them. He's prepared his mind and his body for them. It's good to see that pay off for him.”

Stokes tallied 182 all-purpose yards and scored five touchdowns, a stat-line that earned him our latest First Down Friday Night MVP, sponsored by Whataburger.

“We prepare good throughout practice,” said Stokes. “This award is really for all of us. The o-line mainly because this wouldn't be possible without them busting their butt every play and making my job easier.”

Stokes has now posted 23 touchdowns through 6 games this season. As far as his skill set is concerned, Stokes brings a lot to the table.

“He brings it all,” said Godsey. “He's strong. He's fast. He's quick. He's got great vision as a runner. He has great hands as a pass receiver. He's improving as a blocker. We don't ask him to block a whole lot, but he's improving. He's just a solid all-around player.”