East Limestone's Fortune Wheeler rushed for 296 yards & scored three touchdowns in the Indians 24-14 victory. Wheeler has been named the FDFN MVP of the Week 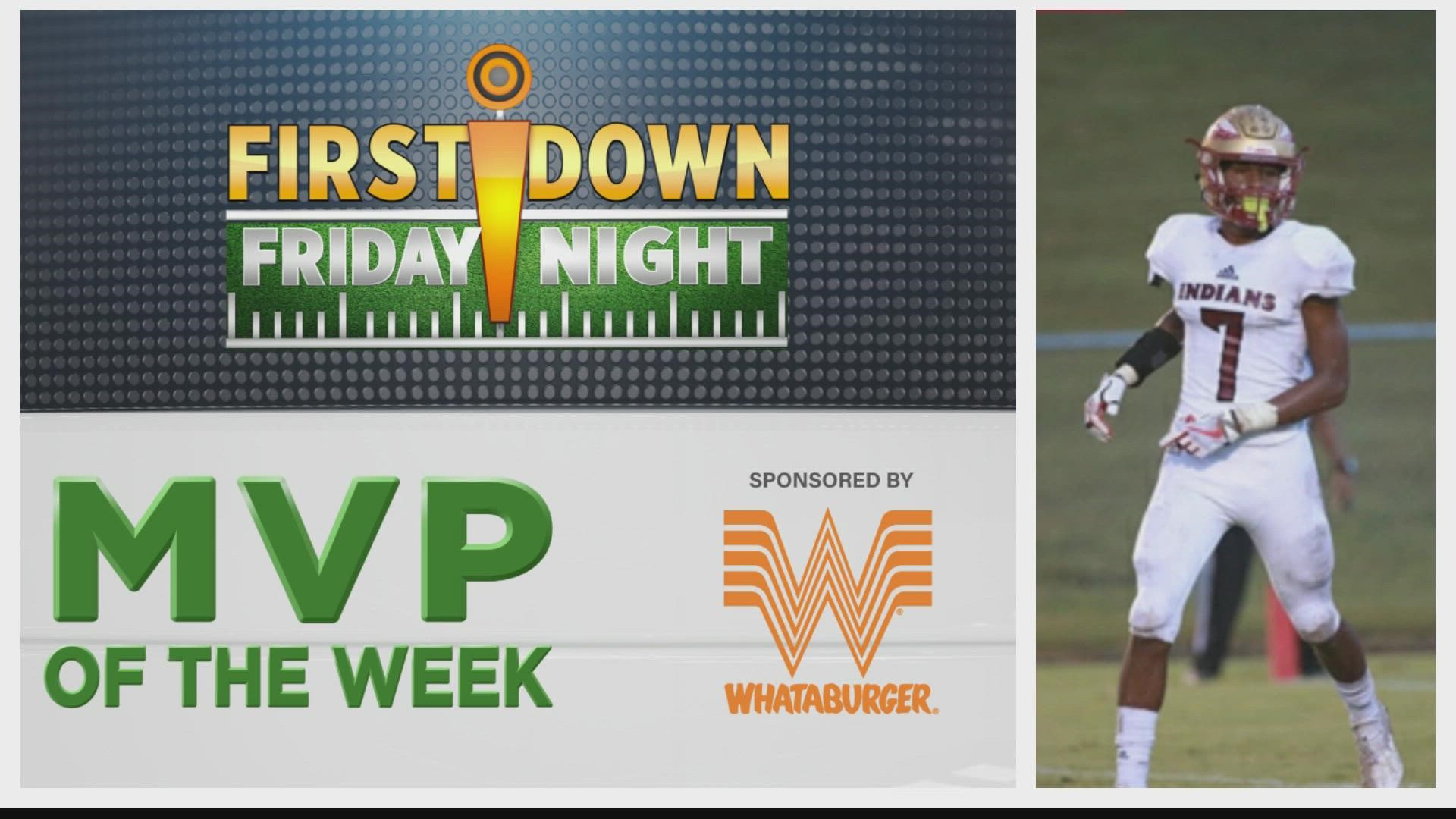 ATHENS, Ala. — Fortune Wheeler ran for 296 yards and scored all three of the Indians' touchdowns in an East Limestone 24-14 victory over Lee-Huntsville on Friday. For his efforts, Wheeler has been named the Week Two First Down Friday Night MVP sponsored by Whataburger.

"He did a real good job the other night, I thought," said Head Coach, Jeff Pugh. "The statistics show, but they really don't show how hard he ran because he really ran the ball hard the other night."

"I just want to thank the linemen," said Wheeler. "They did great blocking. I just took advantage of those opportunities they did by blocking great that night."

"I know he's humble," said Pugh. "He wants to give accolades out to his offensive linemen and talk about them and how well they did. He made a lot of people miss him too. That's what we ask our running backs to do. They need to make people miss too. They can't block everybody. You'd like to have everybody blocked every play but it don't happen like that. That's why he's called a running back. He's got everything. He's fast. He's got good hands. He's tough, he's durable. He'll play hurt. He'll play beat up. Just overall a good football player. We have to play him both ways. If I played him only one way, he'd really be something special. I think he's really got a chance to move on to the next level, he's just got to keep working."

Pugh, Wheeler and East Limestone next head to Mae Jamison for a Week 3 matchup on Friday.