Whitesburg Christian's Ryan Turner rushed for 342 yards & scored four touchdowns in the Warriors 51-28 victory. Turner has been named the FDFN MVP of the Week 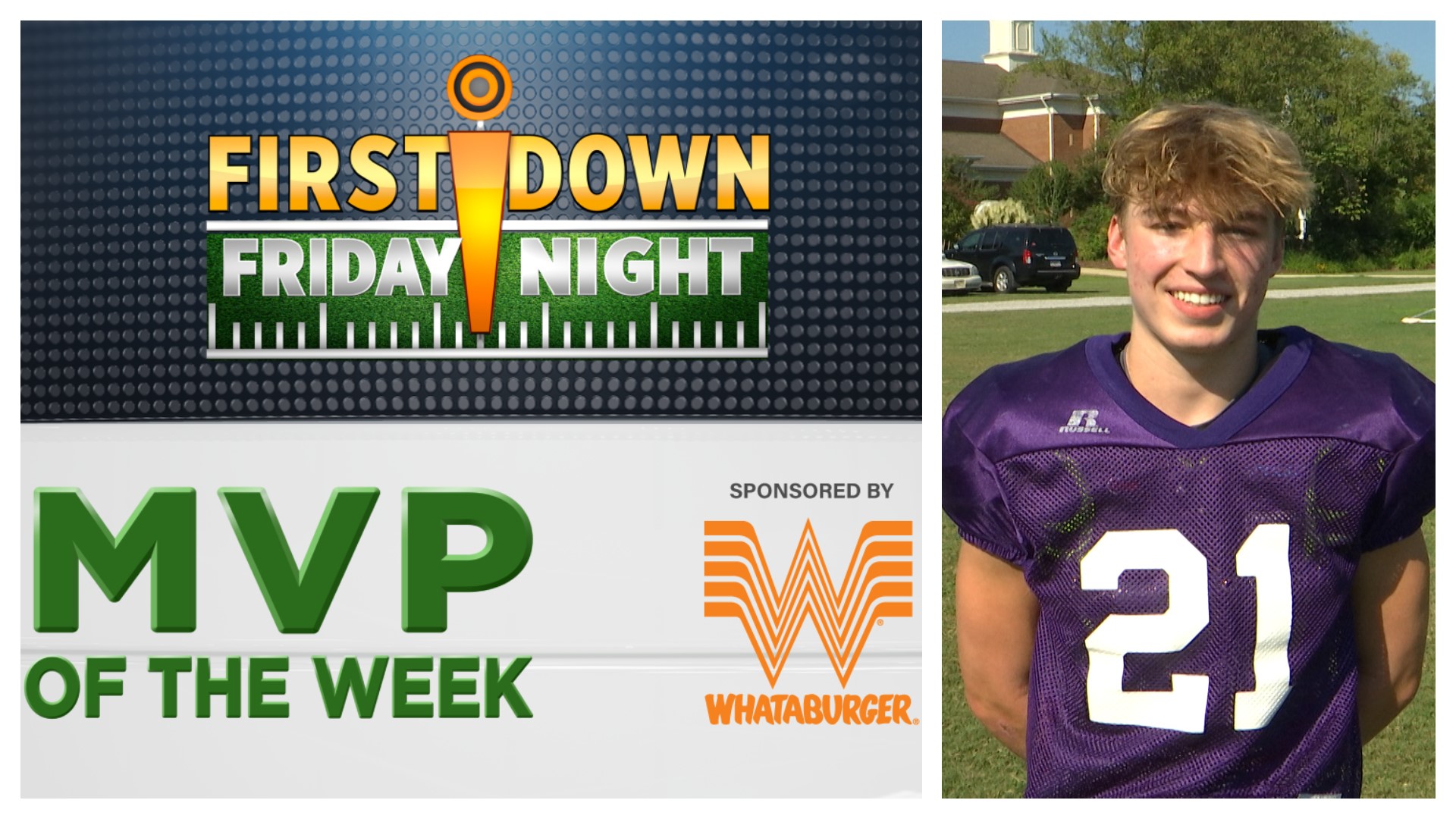 HUNTSVILLE, Ala. — In the latter part of the first half. the Whitesburg Christian Warriors found themselves in a stalemate with Asbury. As no one could find an advantage against the opposition especially when it came to running the ball on the edge.

"They were so conscience the outside run and it opened up the inside, so we decided to go underneath," says Coach Jimmy Nave.

So Whitesburg Coach Jimmy Nave Whitesburg and his staff made some adjustments to the offensive scheme and it turned out to be huge for running back Ryan Turner.

"Going into that half, we were all talking to each other," says Ryan Turner. Trying to make changes and I got the receivers to block different. I was able to do the rest.

Turner's ability to follow his blocks on inside zones plays and running off tackle turned out to be more than successful for the Warriors. By the end of the night, the warriors running back had rushed for 342 yards and four touchdowns in Whitesburg 51-28 victory.

For his efforts Ryan turner is our newest winner of First Down Friday Night MVP of the week award which is brought to you by Whataburger.

"It's amazing seeing my name everywhere," said Turner. "Hearing reporters say my name is the best thing ever. I just can't describe it."

"Ryan has done a really good job for us and again, he got some crucial blocks from his linemen."

Turner is thankful for the great offensive line and plans to treat his guys at some point during the week. I was so proud of them at the end of the game.