It was a Florida sweep as Florida State & FAU took home team titles in the 2021 CCSA Beach Volleyball Championship at John Hunt Park. 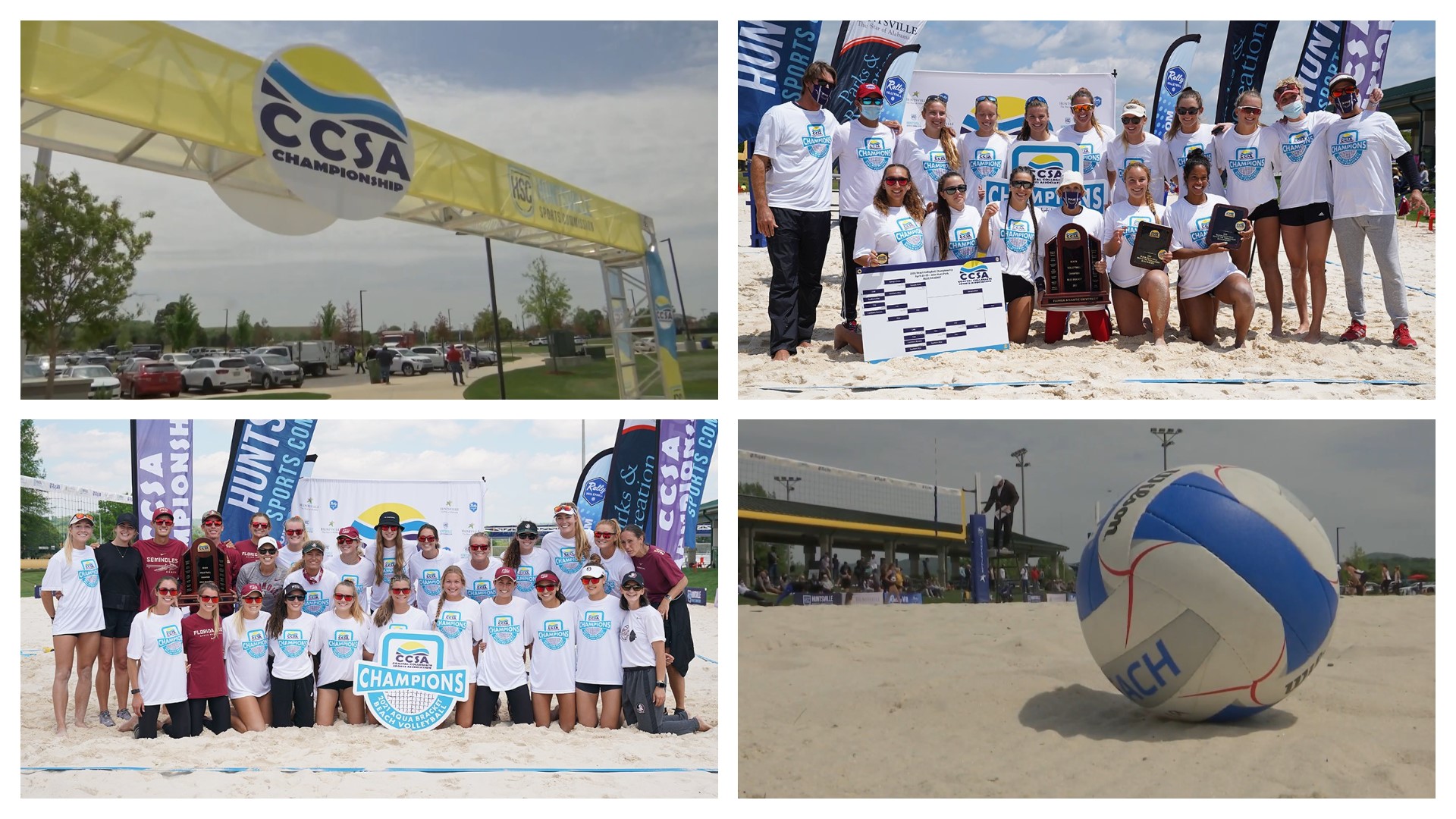 HUNTSVILLE, Ala. — It was a Florida sweep as Florida State & FAU took home team titles in the 2021 CCSA Beach Volleyball Championship at John Hunt Park.

FAU Crowned the 2021 @CCSA_Beach Champions of the Blue Bracket

The FAU Owls defeated the top-seeded Georgia State Panthers to capture the 2021 CCSA Beach Volleyball Blue Championship with a 3-1 victory. The Owls entered the conference tournament as the #2 seed and earned victories over #3 FIU, #4 UAB and #5 Southern Miss before taking down #1 GSU and taking home the program's first title. The Owls earned their 20th win of the season with Sunday's triumph.

The day began with a semifinal matchup between #2 FAU and third-seeded FIU. The Owls defeated the Panthers 3-2, picking up wins on Courts 3, 4 and 5 to advance to a CCSA Championship Final for the first time in program history. FIU was led in the match by its All-Conference duo of Federica Frasca and Roberta Ribeiro who picked up a point in the No. 1 slot. Alli Denney and Lina Bernier recorded the Panthers' second point of the match and earned a selection to the All-Tournament Team.

In the Championship Final, Georgia State struck first with a victory on Court 5 by Angel Ferary and Bella Ferary who won 21-12, 21-14. Savannah Pesante and Maylin Bouffard evened the match for FAU on Court 4 ( 21-18, 21-19) then Kenley Adams and Ellie Austin put the Owls ahead by taking the No. 2 matchup by scores of 21-18 and 21-20. The All-Conference tandem of Erica Brok and Mackenzie Morris secured the dual and the conference title for FAU by winning on Court 1.

The day began with a semifinal matchup between #2 LSU and third-seeded TCU. The Tigers picked up the first dual point of the match on Court 1 courtesy of CCSA Pair of the Year Kristen Nuss and Taryn Kloth. LSU then secured the match with victories at the No. 4 and No. 5 positions to advance to the program's third consecutive CCSA Championship Final. Wins at Court 2 and 3 secured the sweep for the Bayou Bengals.

In the Championship Final, the first point of the contest was scored by LSU who earned a 21-14, 21-18 victory on Court 1 by Nuss and Kloth. The Tigers' top duo defeated All-Conference selection Torrey Van Winden and CCSA Freshman of the Year Keara Rutz from the Seminoles. A victory on Court 2 by FSU evened the scoreboard at one apiece with Claire Coppola and Kelli Greene-Agnew earning the point by a score of 21-10, 24-22. Payton Caffrey and Molly McBain earned the point from the No. 3 slot for Florida State with Sara Putt and Raelyn White picking up a win on Court 4 to clinch the match and the championship for the #1 'Noles.

Up Next
CCSA squads now wait to find out who participates in the 2021 NCAA Beach Volleyball Championship when the field is announced on Sunday, May 2, on NCAA.com.