Darius Rucker also sang at a pre-race concert before this year's Daytona 500. 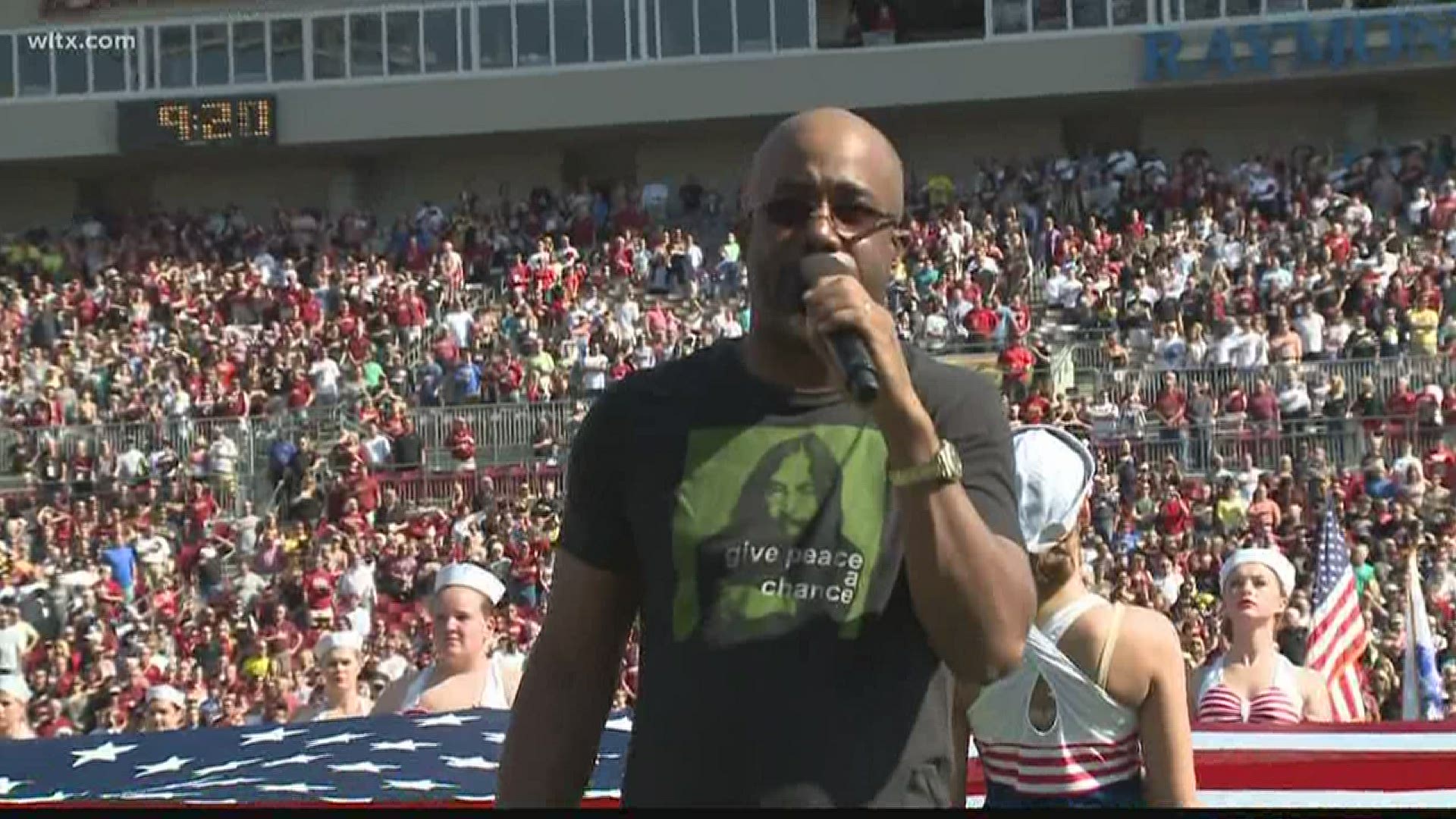 This weekend's contest at Darlington Raceway is the first event for NASCAR since the coronavirus shutdowns began in mid-March. The event will have no fans in attendance.

"I'm excited and honored to perform the national anthem for NASCAR'S return to racing at my home state in South Carolina," Rucker said in a video released by NASCAR.

Rucker recently performed the pre-race concert before this year’s Daytona 500 at Daytona International Speedway in February. Rucker is longtime NASCAR fan and expressed excitement for the opportunity to perform leading up to the race in his home state.

Rucker first started out as a member of the multi-platinum selling band "Hootie and the Blowfish." He then transitioned to a solo country career, where he's had 9 number one singles on country radio.