NFL Network draft analyst Daniel Jeremiah thinks Mac Jones is the 32nd-best prospect in the upcoming draft. But he thinks that Jones will be selected 3rd on Thursday 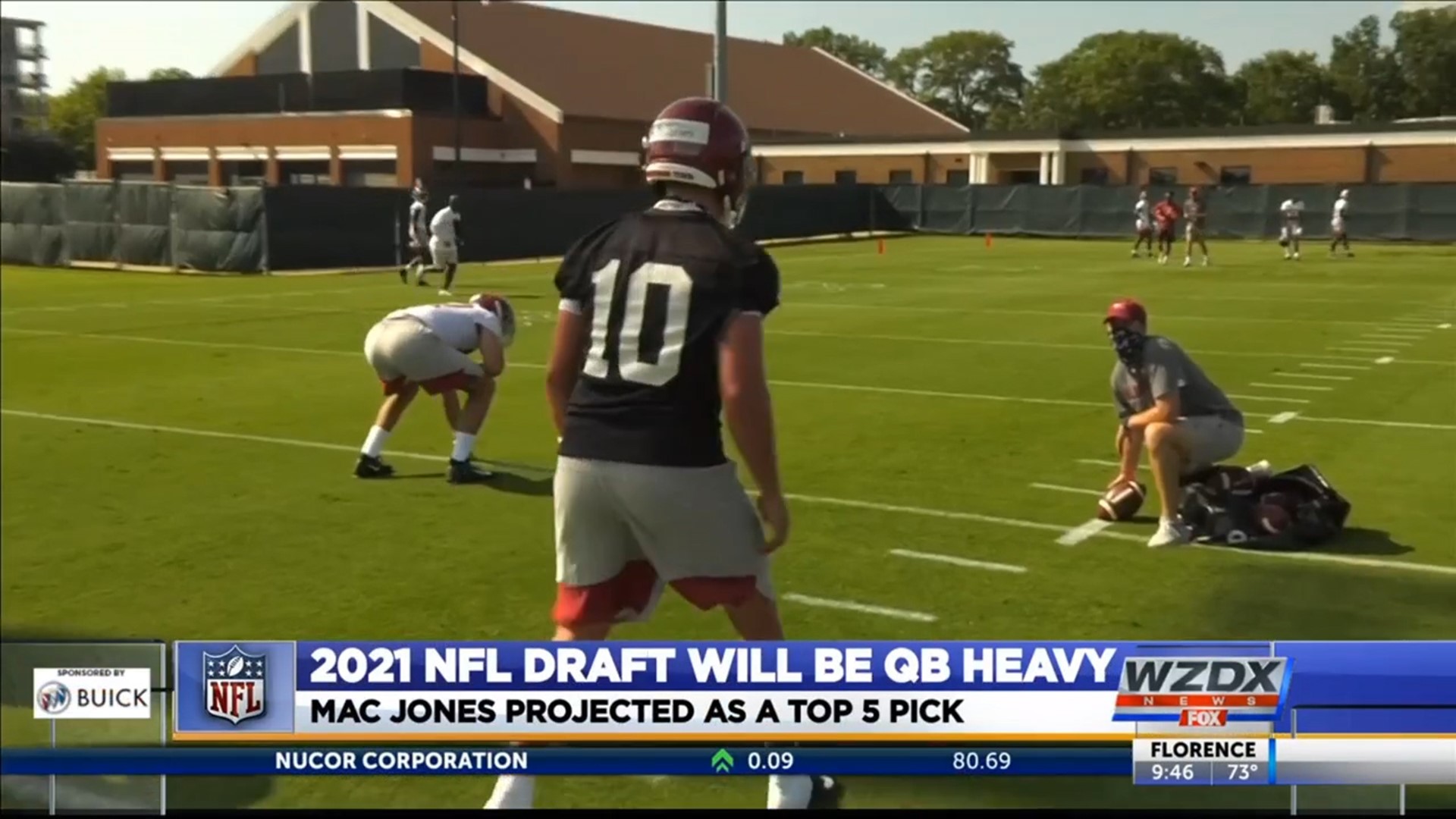 Jeremiah also thinks the 49ers will draft Jones with the No. 3 pick, and thinks he'll play well for them, but also believes Trey Lance would be play even better.

Jeremiah explained his thought process Wednesday on a conference call:

JEREMIAH: "I don't think Mac Jones fits all 32 teams. I don't think he fits all the teams that are in the quarterback market. But I understand why the 49ers value what he does because this is really an opportunity for San Francisco to duplicate what Mac Jones had at Alabama, which is you have a really good offensive line, you've got guys who can win one-on-one matchups all over the field and you've got a very creative play caller who's going to find those matchups and then rely on an accurate, efficient quarterback to function in that system.

"Not every team has all those things in place, so they're not going to value Mac the way Kyle Shanahan and John Lynch might value him, so that's a little bit of where that disconnect is. Look, if he goes to the 49ers, he's going to play well. He's going to be a really good player there. To me, I just have him behind those other quarterbacks when I rank them in terms of their ability.

"This is what I think's going to happen -- it looks like it points towards Mac Jones. But I would still take Trey Lance because I think Trey's gonna eventually get to the point where he can deliver all the things that Mac can deliver in terms of being able to process very quickly and make great decisions, and you're going to be able to do more with him, in terms of getting him on the move. Now right now, accuracy-wise he trails Mac Jones. But I think there are some mechanical things you can fix with him, much like we saw with Josh Allen. And I think you can see Trey Lance get to that level."

Jeremiah makes lots of excellent points, and lays out the 49ers' perspective quite well.

But he also said the 49ers have "a really good" offensive line. Come on. Why do people keep insisting it's really good when it really isn't? It led the NFL in quarterback hits allowed last season with 83. It got two quarterbacks injured. And it added only one new player -- center Alex Mack, who will be 36 next season.

If Jimmy Garoppolo and Nick Mullens couldn't stay healthy behind this offensive line, why will Jones make it through a 17-game season on the 49ers? He's not an athlete.