The UAH Chargers have already seen multiple, last-minute schedule changes due to the virus. 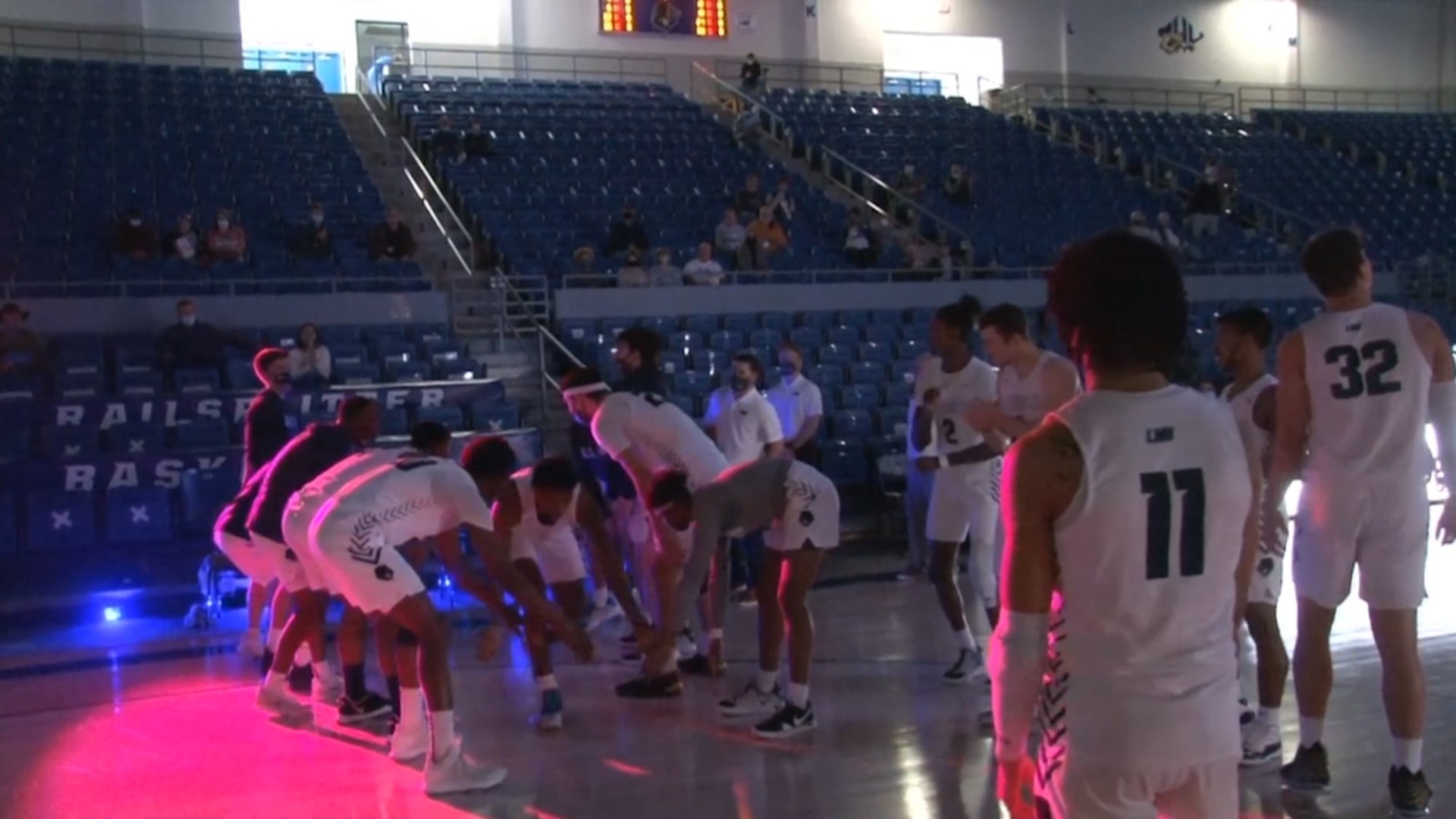 HUNTSVILLE, Ala — Both the men and women's basketball programs at UAH are dealing with another schedule change after their opponent Christian Brothers tested positive for Covid-19. The women found out Sunday, while the men didn't find out until Wednesday.

Just a couple of weeks ago, the men's team dealt with a similar situation. Their long awaited season opener was postponed after the Mississippi College had a covid outbreak. The women were still able to take on the women's team at Mississippi College, but the Charger men were forced to find a last-minute opponent. Luckily the men were able to find Lincoln Memorial, but the Chargers quickly realized that wouldn't be the last time they had to deal with last minute changes.

Men's head coach John Shulman said the toughest part of dealing with all the quick changes, is the unknown. He said telling his team, who has been ready to compete since last season, was heartbreaking.

🔵Schedule UPDATE🔵
The regularly scheduled contest between UAH and CBU for this weekend has been postponed.@ChargerMBB is actively seeking a @NCAA opponent for Friday 1/8, Saturday 1/9, or Sunday 1/10.
Home or Away.#BeUncommon | #ChargeOn pic.twitter.com/laWSasvlUi

But aside from the emotional aspect that comes from the unpredictable season, Shulman said this new element is a tough one to decode.

"I don't know how you're supposed to practice on a Wednesday when you thought you were going to play two games this weekend and you're right in the middle of the season, and you're tired of practicing anyway," he added.

Not only is it difficult to keep up a consistent practice regiment with the constant, unknown changes, but Shulman added that finding league opponents is becoming more difficult as the season goes on.

"We have investigated everyone in our league to play this weekend and we're just not able to find an opponent," he said after being asked about the upcoming weekend schedule.

On the women's side it will be a similar battle, as they had to reschedule a new opponent for this coming weekend. Coach Andrea Lemmond found out Sunday that their original game, scheduled for this weekend against Christian Brothers, was postponed. She said by Monday, they had a new scheduled opponent.

"One of the things we've talked about is this year is going to come down to the teams that can just roll with the punches," Lemmond said, "If a starter goes down, or we have to quarantine 3 or 4 players because they live in a house together, we're just going to have to be ready to step up and maybe play some minutes we're not used to or play some different roles we're not used to."

The men are still in search of a potential weekend opponent. Shulman said they are looking for a Division I team that can host. The women will hit the road to face West Alabama tomorrow and Saturday.