Alabama A&M's quest to defend their SWAC Championship begins Thursday when they take on new SWAC member Bethune-Cookman in a nationally televised game. 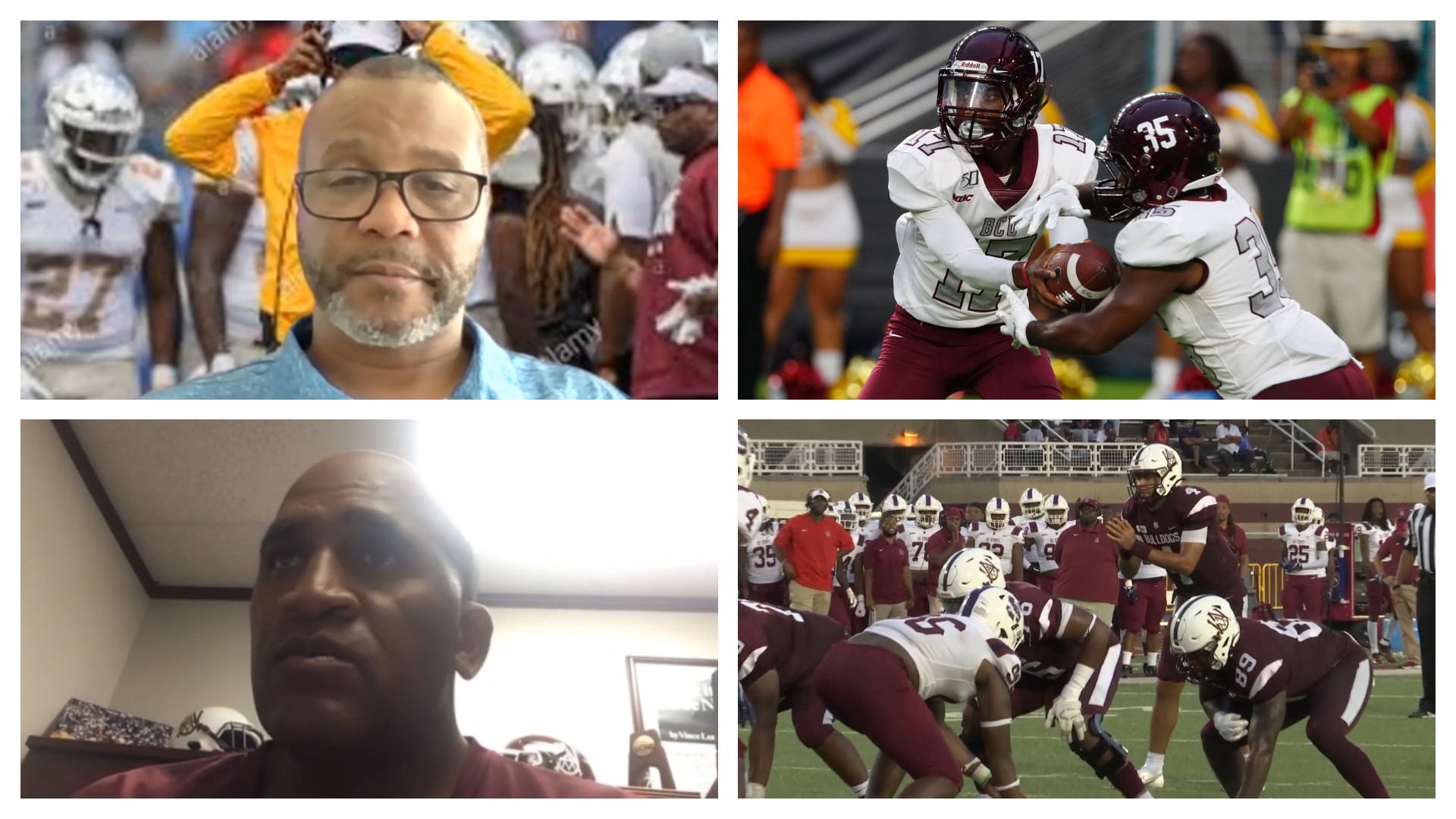 HUNTSVILLE, Alabama — The Alabama A&M (1-0, 0-0 SWAC) football team begins defense of their Southwestern Athletic Conference (SWAC) Championship and does so in a big way as their first meeting in 42 years with league newcomer Bethune-Cookman (0-2, 0-0 SWAC) will be aired live on ESPNU on Thursday, September 16. Kickoff is set for 6:30 p.m. Central from Daytona Beach, Florida.

Based upon available records, the last time these two teams hooked up was on September 29, 1979 as the Bulldogs posted a 12-0 victory. Overall, however, BCU holds an 11-4-1 advantage in the all-time series with their last victory being a 34-21 decision on October 2, 1976. One of the program's longest standing series, it dates back to a 0-0 tie on December 1, 1924 in Miami, Florida.

Fans can follow all the action through live stats and catch full coverage following the game on www.AAMUSports.com, the official online home of Alabama A&M Athletics. Catch the live broadcast on ESPNU through your cable provider or online.

NEW SEASON, SAME RESULT
A&M opened Fall 2021 with a win over South Carolina State, much the same as they did in the spring but under far different circumstances.

In the spring it would be a game in Orangeburg arranged four days prior to the teams meeting as a COVID-19 replacement game and would be one that would A&M would take handily, 31-7. This time out, at Louis Crews Stadium on Saturday, September 4, the Bulldogs would still pull out a win but would have to fight from behind twice in the second half to pull out a thrilling 42-41 victory.

That one would see graduate quarterback Aqeel Glass (St. Louis, Mo.) throw for 426 yards and four touchdowns while scoring the eventual game-winner with a one-yard TD run with 6:30 to play. While that one put the Bulldogs ahead, it would be junior safety Trenell Troutman (Orlando, Fla.) that put the stamp on it as he picked off a fourth down heave and ran it back 50 yards on SCSU's final drive.

SECOND VERSE, SAME AS THE FIRST
After laying claim to most every award he could in Spring 2021 (and being in the running for same in the fall), Glass opened up the new season with some more honors.

WATCH ME NOW
With the majority of this spring's top performers back in the fold for Fall 2021, all eyes are on A&M. Glass headlines those in the spotlight as he has been named to the Walter Payton Award Watch List representing the top player at the Football Championship Subdivision, the Deacon Jones Watch List as the top player at an HBCU and both the Reese's Senior Bowl and College Football Performance Awards (CFPA).

He is joined by Ibrahim on the Deacon Jones and has also been named a BOXTOROW Preseason All-American and SWAC Preseason Player of the Year. Those pale in comparison, however, to being the first player selected to play in the inaugural HBCU Legacy Bowl, a new postseason All-Star game featuring the top 100 HBCU National Football League (NFL) draft eligible players.

HOME, SWEET HOME (FINALLY)
Alabama A&M was finally able to shed the road warrior mentality, at least for a week, as they finally returned to the friendly confines of Louis Crews Stadium to open the Fall 2021 season.

It was the first time in 651 days that the Bulldogs had played in front of their home fans, a crowd of 12,300 on hand to witness their one-point victory. Following a Spring 2021 season that saw them play all of their games on the road on their way to the first Historically Black College and University (HBCU) National Championship in program history, A&M played their first game in Huntsville since a 30-13 victory over Mississippi Valley State on November 23, 2019.

ABOUT THE BETHUNE-COOKMAN WILDCATS
BCU has opened the season at 0-2 but the record is deceptive as they have been playing Football Bowl Subdivision (FBS) opponents over the first two weeks.

They opened the year at the University of Texas El Paso (UTEP), dropping a 38-28 decision on September 4 before falling 63-14 at Central Florida a week later. Those are the program's first games since going 7-4 in 2019 as they did not play in Spring 2021.