What are the next steps for the Alabama A&M Athletic Department?

The SWAC is moving fall sports like football to the spring 2021 semester. But what does that mean for Alabama A&M Athletics? 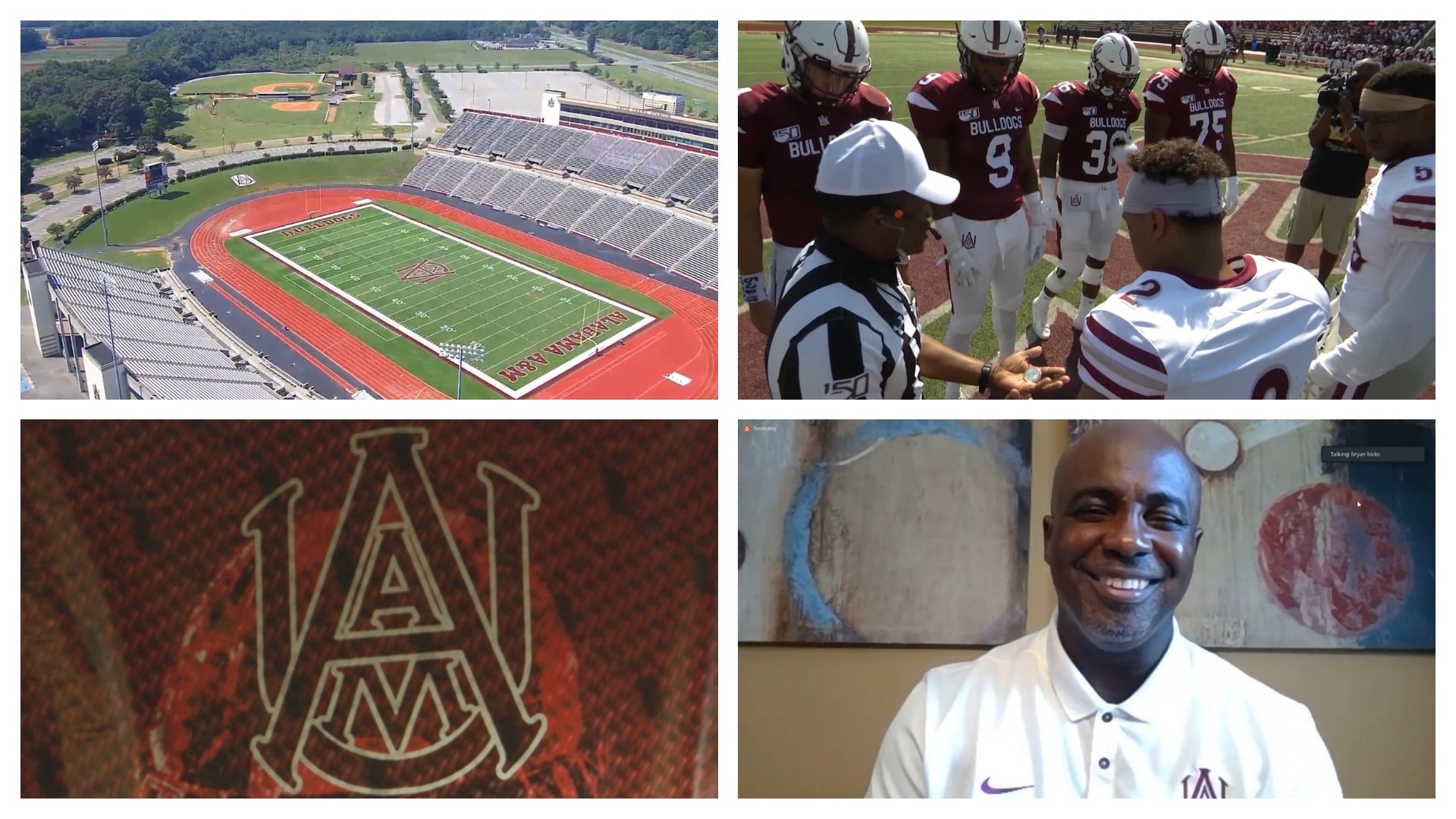 HUNTSVILLE, Alabama — The SWAC's decision to postpone and move all fall sports to the spring has been met with positive feedback by fans and officials in the past 24 hours. But what exactly are the next steps for the Alabama A&M Bulldogs? Charity Chambers has the latest.

This will be the sight at Alabama A&M come this fall. No fans. No field goals. No football.

"I think we got it right, I think we put ouselves in the best position to best serve our student athletes," said Bryan Hicks.

While several other conferences have also postponed fall sports, none have announced plans for the spring as specific as the SWAC.

Under the leagues plan, most fall sports would play a "competitive schedule" during the spring. Football teams would play a 6 to 7 game schedule. Six games in conference and the option for one non-conference game.

"There's some built in divisional games and then that alternate game will be what the other FCS conferences are doing," says Hicks. "That might be an option where we could have a game with a team that's close by out of conference so we're open to that but the strategy is to try and get a competitive a schedule and entertaining schedule that our student athletes can love and enjoy."

Moving the football season to spring means the Bulldogs will not be playing UAB or Mississippi State as scheduled. Resulting in the loss of some key revenue opportunities for their athletic department.

Alabama A&M athletic director Brian Hicks says they're going to have to come up with ways to generate more revenue.

Though there's no deefinitive schedule yet for the Bulldogs. Hicks says they'll do what they can to make the hill a special place this spring.

Hold on, we're about to come up with this outstanding plan for this upcoming spring and tackle football on the hill in the spring.

RELATED: SWAC postpones Fall Sports Competition; will be played in the Spring of 2021