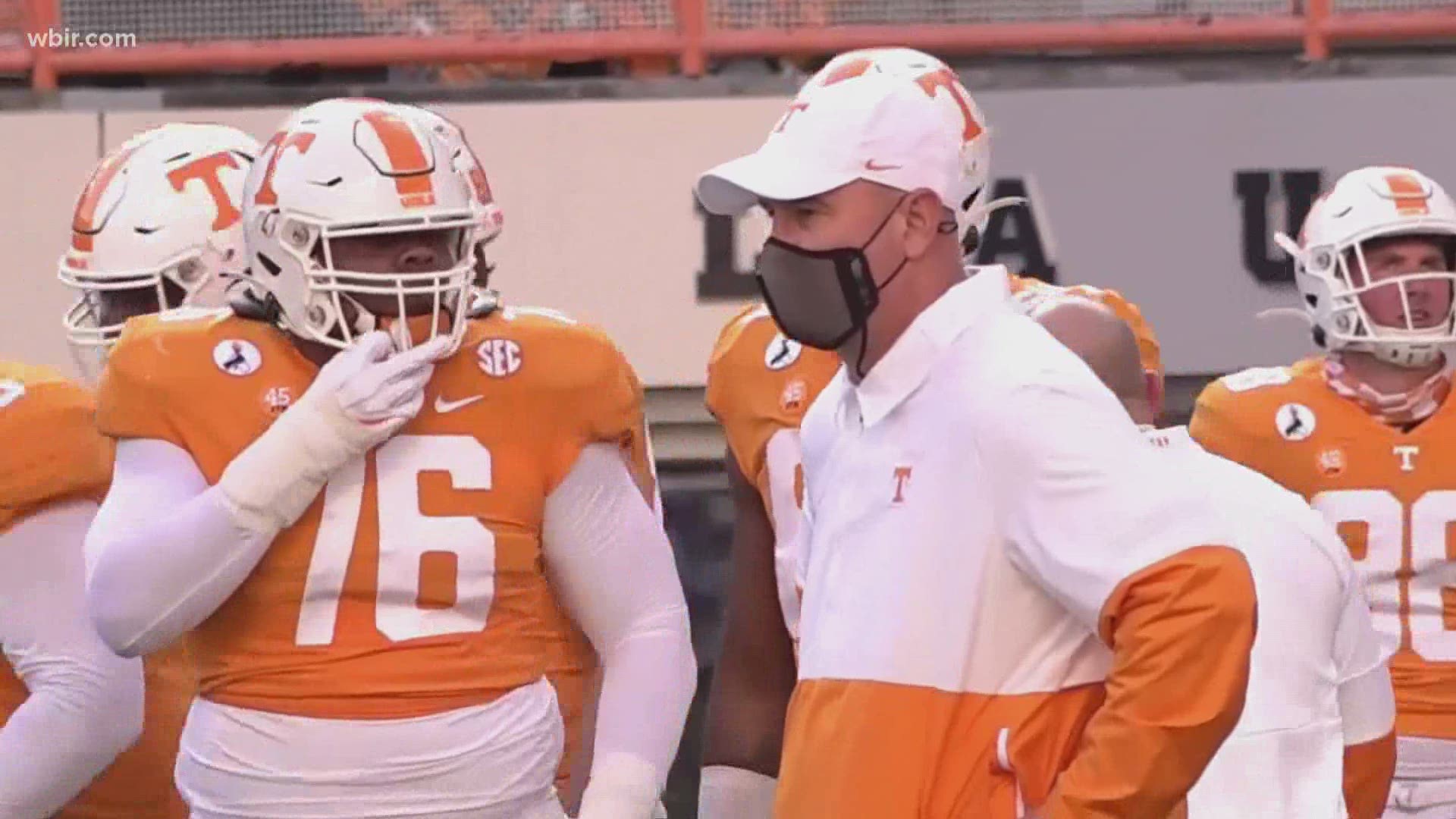 KNOXVILLE, Tenn — The letters of termination for two assistant football coaches reveal the possible recruiting violations the University of Tennessee may face from the NCAA.

On Monday, head coach Jeremy Pruitt, along with assistant coaches Brian Niedermeyer and Shelton Felton, were fired, along with four on-campus recruiting staff, a football quality control analyst coach, and the director and assistant director of football player personnel.

Officials said the firings were related to an ongoing internal and NCAA investigation about possible Level 1 and Level 2 violations within the football program. No details about the possible violations have been released because the investigation is still underway.

The nearly identical termination letters for both Niedermayer and Felton reveal that the violations were related to recruiting.

"It is clear from the information that we have received that you were aware of the arrangement of impermissible recruiting visits and the provision of impermissible inducements to prospective student-athletes in violations of NCAA rules, or at a minimum had reasonable cause to believe that violations may be occurring," the letters state.

It goes on to say, "Your failures are likely to lead to significant penalties to the University and has jeopardized the eligibility of our student-athletes."

According to the letters, Felton met with the investigative team, which included NCAA enforcement staff and UT's attorneys, for a 3 and a half-hour interview on January 13, then with Director of Athletics Phillip Fulmer on January 18.

Niedermeyer spent five hours talking to the investigative team on January 13, but declined to meet with Fulmer on January 18.

Both men were suspended with pay and given until 5 p.m. on January 19 to respond to the concerns within the letters before their termination became final.

Jeremy Pruitt's termination letter did not mention specifics about the violations that occurred, but blamed Pruitt's "material neglect or lack of reasonable prevention compliance measures."

"In addition, the university has concluded that the NCAA will likely find that you failed to promote an atmosphere of compliance within the football program and/or monitor the activities of the coaches and staff members who report, directly or indirectly, to you," the termination letter continued.

"Your failures are likely to lead to significant penalties to the university and has jeopardized the eligibility of our student-athletes," the letter said, underscoring the seriousness of the alleged violations and the potential sanctions or fines UT may now face.

Fulmer also announced his intention to step down on Monday, though Chancellor Donde Plowman made clear that Fulmer was in no way involved in the possible violations. Fulmer, a former coach, came out of retirement three years ago to serve as AD and hired Pruitt as one of his first acts.

Fulmer said the new Director of Athletics should hire the next football coach at the University of Tennessee. Fulmer will stay on the job until a new AD is hired.

Recently-hired defensive coach Kevin Steele will lead the Vols as interim head coach in the wake of Jeremy Pruitt's firing.