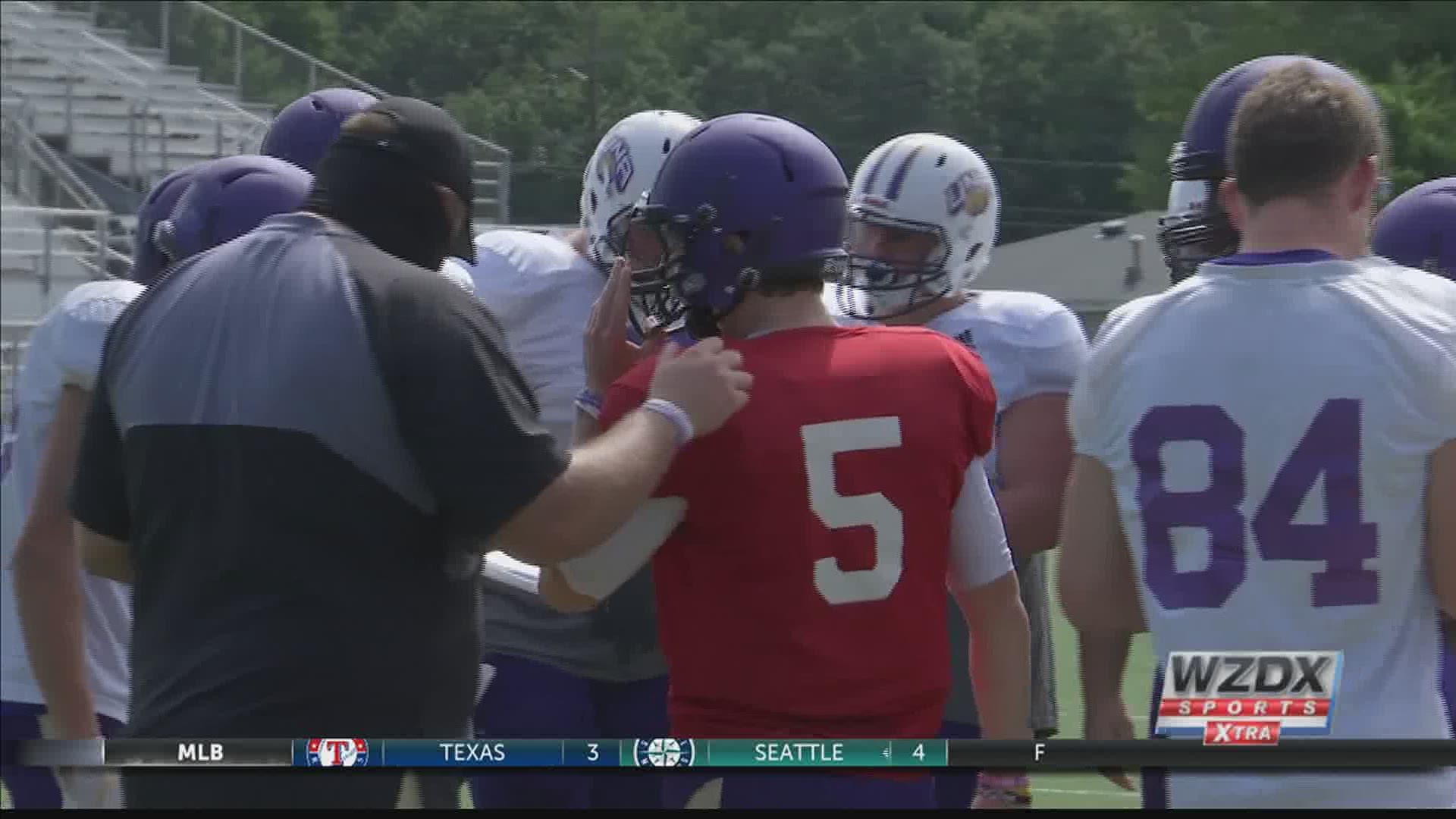 FLORENCE, Ala. — The University of North Alabama's defensive units dominated the team's first scrimmage at Braly Stadium Saturday as the Lions completed their first week of fall practice.

"I would grade the week as a whole with a B," head coach Chris Willis said. "Of our five days of practice, we only had one bad day and that set us back a little, but there has been a lot more good than bad."

Willis said just being on the field for a scrimmage was a positive experience for his players.

"We're just glad to get out here and feel like we are a part of what's going on," said Willis, referring to the 2020 college football season. "We had started in July, then stopped and now started back and getting in this first full week of work is great for our team."

The defense set the tone for Saturday's scrimmage, picking off a pass on the second play and returning it for a touchdown. Linebacker Darrell Sims had that interception and two possessions later safety Creed Parker picked off another pass.

"The defense had two picks right out of the gate and had at least six quarterback sacks," Willis said. "You always expect the defense to be ahead in your first scrimmage because the offense still has to do a lot of work on trying to get timing down and getting a feel for everything. We also had a few guys on offense still out today so that may have hurt them a little."

The Lions will have Sunday off before returning to the practice field Monday.

UNA opens its 2020 football season at noon on October 3 at Liberty University in Lynchburg, Va.