UNA will face its' oldest rival in the history of the school's football program Saturday when the Lions host Jacksonville State at Braly Stadium at 1 p.m. 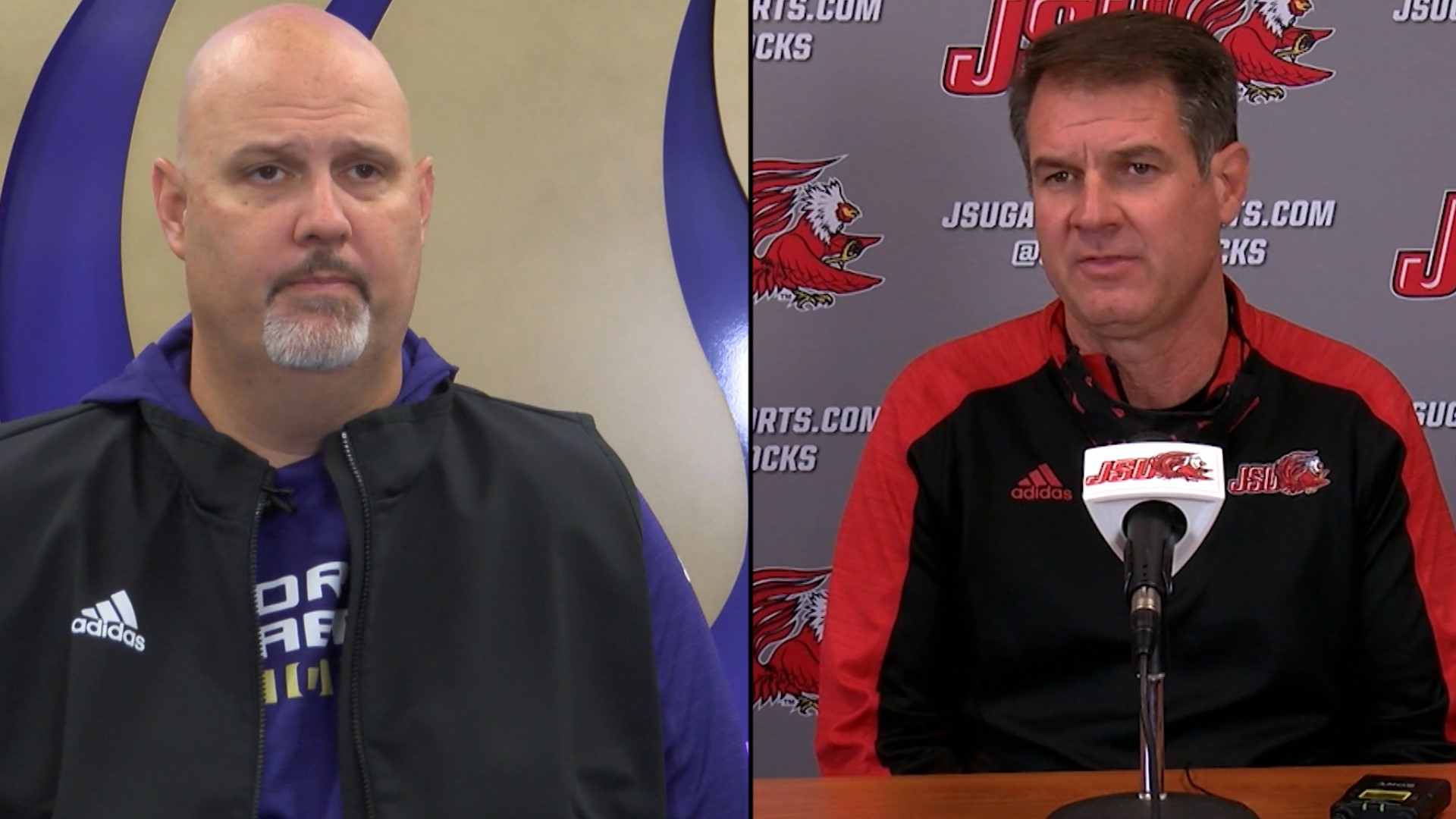 FLORENCE, Ala — The University of North Alabama will face the oldest rival in the history of the school's football program Saturday when the Lions host Jacksonville State at Braly Stadium at 1 p.m.

Although UNA (0-1) and Jacksonville State (1-1) have only played four times in the last 28 years, the series dates back to the first game in UNA’s modern football history on September 29, 1949.

This will be the first meeting between UNA and Jacksonville State in Florence since 1992.

The contest will be the first, and possibly only home contest for UNA in a shortened 2020 season. Tickets are on sale for a 50 percent capacity crowd of approximately 7,000. Tickets can be purchased by contacting the UNA ticket office at 256-765-5466 or online at roarlions.universitytickets.com. The reduced capacity is just one of numerous safety precautions at the game and includes health pre-screening stations, no tailgating, no Lion Walk and masks must be worn for the entirety of the game.

North Alabama has had two weeks to prepare for the Gamecocks, after opening its season at Liberty on October 3, followed by an open date. The Lions lost 28-7 at Liberty, after trailing just 7-0 at the half. UNA squandered three scoring opportunities with two missed field goals and an interception in the end zone. Liberty is now 4-0.

Jacksonville State is playing its fall season on four consecutive Saturdays and is coming off a 34-28 home win over Mercer. The Gamecocks opened their season on October 3 and lost 41-24 at Florida State after leading 14-0 and 21-7 early in the game.

JSU enters the game averaging 302 yards of total offense, with 110.5 per game on the ground and 191.5 through the air. Quarterback Zerrick Cooper has thrown for 371 yards and rushed for 43 yards and three touchdowns. The Gamecocks are allowing an average of 409 yards per game of total offense and 34.5 points.

UNA was held to 63 yards rushing in its opener, while throwing for 184 yards. The Lions' defense allowed 28 points and 357 total yards against Liberty.

"We are just glad to once again be playing a game and our guys are ready to get back at it," said UNA head coach Chris Willis. "We got a taste of it with the Liberty game, and then we have been back waiting again. We've spent our time working on cleaning up our mistakes, penalties and turnovers from the first game. We can't have those kinds of mistakes against Jacksonville State and expect to win."

Willis said UNA hosting Jacksonville State at home for the first time since 1992 is big for UNA fanes, but he has had to spend time with his players educating them about the rivalry.

"The last time UNA played Jacksonville State at Braly, I was a senior in high school," Willis said. "We've been talking to the players about the history and the rivalry, and some of them got a taste of it with our game with them last year. Seeing the crowd last year and how much everyone got into it, they are excited to have them at home and get to play in front of our crowd. We played our opener in front of 1,000 people so even a 50 pecent crowd for this one will be great."

Willis said the Gamecocks will be a formidable opponent for the Lions.

"Jacksonville State has a really good football team with a lot of offensive weapons and a defensive secondary that is really good," Willis said. "They are the only FCS team on our schedule, but they are also one of the top FCS teams in the nation every year. We will have to go out and execute and eliminate mistakes to be in the game in the fourth quarter with a chance to win."

The Lions travelled to Jacksonville for their initial football game in 1949 after more than 20 years without a football program. Jax State won the game 12-7. UNA got its first win in the series the following year in Florence, 6-0.

This will be just the second meeting between North Alabama and Jacksonville State in football with both schools as members of the FCS. JSU made the move to the FCS following the 1992 season after the Gamecocks won the Division II National Championship. UNA began its four-year transition to Division I in 2018.

There were three meetings between the Lions and Gamecocks with UNA still in Division II and JSU in the FCS. UNA won the 2003 meeting 28-16, which marks the Lions' last win in the series. Jacksonville State won in double-overtime in 2013, 24-21, and the Gamecocks won 31-12 in 2016.

The last meeting between UNA and Jacksonville State at Braly was on November 28, 1992 in the second round of the NCAA Division II Playoffs. The Gamecocks pulled out a 14-12 win as UNA missed a possible game-winning 49-yard field goal attempt with 2:12 left in the game. The miss came after UNA had moved to the JSU 19 but the Lions took a 13-yard loss on a sack on third down, forcing the much longer attempt. Earlier in the 1992 season, JSU had also downed UNA at Braly in the regular season, 12-10. The Gamecocks went on to win the Division II National Championship that season at Braly, downing Pittsburg State in the title game.  UNA then won three straight Division II Championships from 1993-95.

* All tailgating on Spirit Hill has been suspended for the 2020 season.

* There will be no Lion Walk for this game.

* Fans will be required to visit pre-screening stations prior to entering the stadium to complete a temperature check and health assessment.

* Fans must show a wrist band from the required pre-screening station, as well as a valid ticket, upon entering the stadium.

* Masks are required to be worn for the entirety of the game.

* Every other row in the stadium will be vacant for COVID-19 safety precautions.

* There will be multiple hand sanitizing stations throughout Braly Stadium.