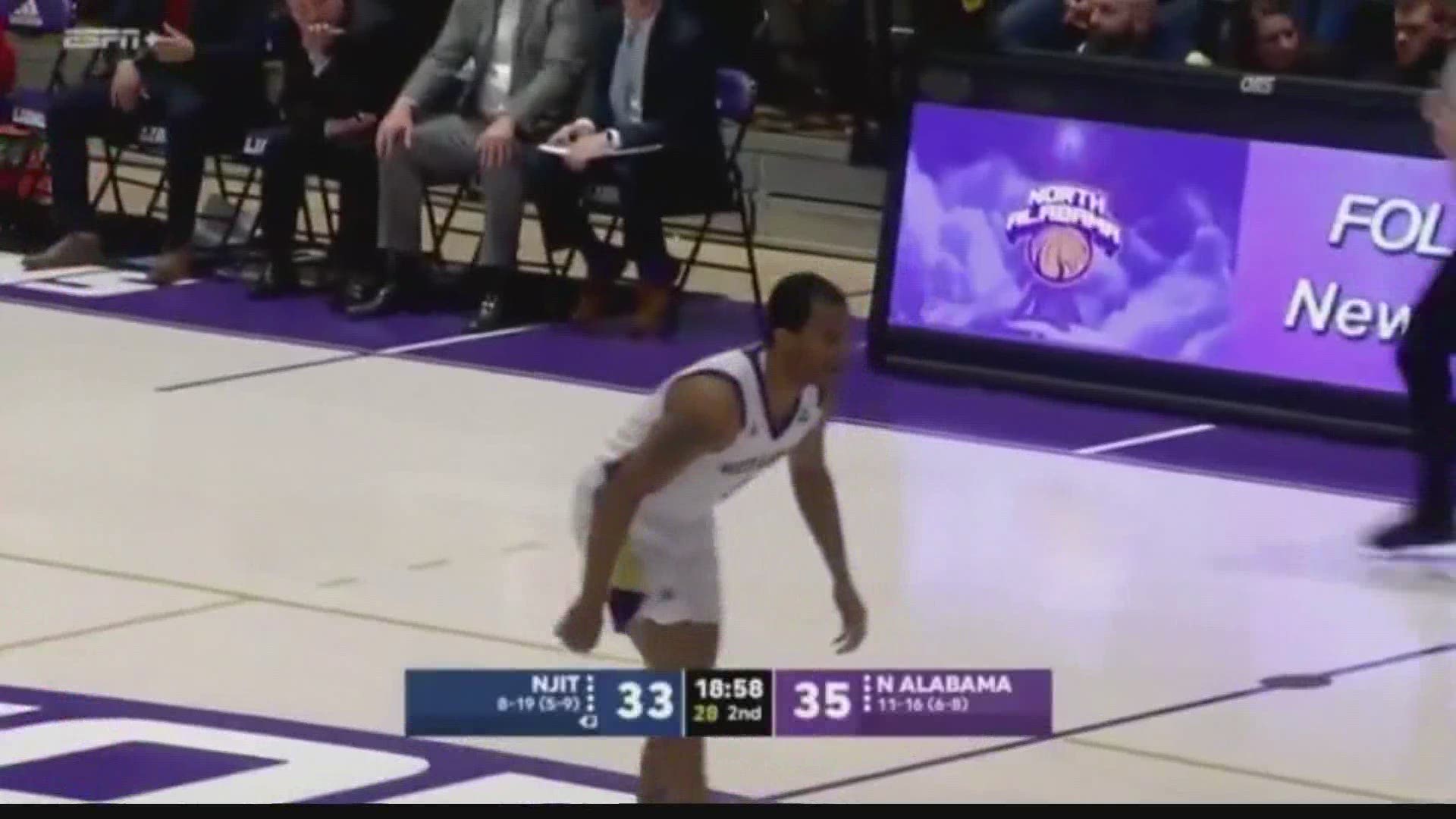 The University of North Alabama men's basketball team got a career-high 18 points from Emanuel Littles and had four other players reached double figures in a 72-65 win over NJIT Thursday evening at Flowers Hall. The win, gives UNA a 12-16 overall record and the season sweep over the Highlanders. It also moves the team up to fifth place in the ASUN Conference standings with a 7-8 league mark.

Littles, who also added 11 rebounds for his seventh double-double of the year, scored 14 points in the second half after the two teams entered the break in a 33-33 deadlock. UNA opened the second half on a 7-0 run and never trailed again.

Christian Agnew started the run with a layup, followed by a three-point basket. Two free throws by Littles gave the Lions a 40-33 lead with 17:31 remaining. UNA later stretched the lead to eight on a basket by C.J. Brim before the Highlanders closed the gap to a single possession.

NJIT got within two points twice before another run by the Lions stretched the lead to double digits. Littles scored six points during an 8-0 spurt. His basket at the 7:19 mark gave the Lions a 63-53 lead.

The Highlanders got within five before Brim connected on a three-pointer from the left wing with 3:43 remaining. NJIT added a free throw, but a basket by Jamari Blackmon on the ensuing possession pushed the lead to 68-59.

After four straight NJIT points again cut the lead to five, a trey by Blackmon made the score 71-63 with 1:13 to play. The visitors added a basket but would get no closer.

Brim finished with 11 points on the night while Agnew, Blackmon and Mervin James scored 10 points each for the Lions. ASUN leading scorer Zach Cooks scored a game-high 25 points for NJIT.

UNA will close the regular season Saturday at FGCU. Tip-off is set for noon (CST) at Alico Arena on the FGCU campus in Fort Myers, Fla.