In a battle of top 25 teams, UAH fell to Lincoln Memorial on the road by twenty-five points. 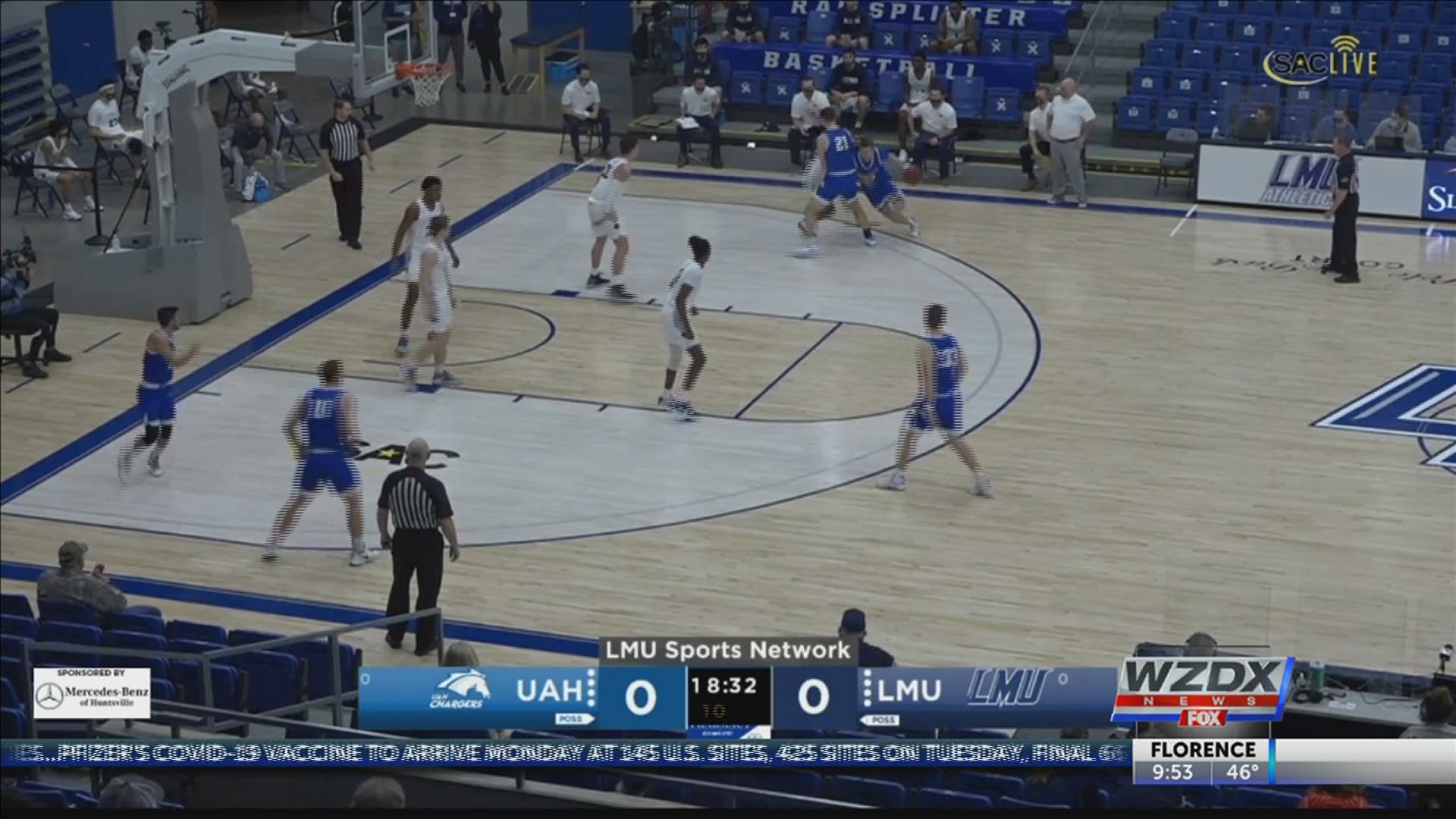 HARROGATE, Tenn — The 11th-ranked University of Alabama in Huntsville men's basketball team fell at No. 2 Lincoln Memorial on Sunday afternoon, dropping a 93-68 contest as the Railsplitters extend their winning streak to 35 games. UAH begins the season at 0-1, while LMU improves to 3-0.

Turning Point
-The hosts opened the second half with a 19-7 run over the first three minutes to turn an eight-point halftime margin into a 55-35 hole that the Chargers would not be able to overcome.

Inside the Box Score
-Redshirt freshman Nathan Moore turned in a terrific performance in his collegiate debut, scoring a team-best 20 points as he was 5-for-10 from the floor and went 10-for-11 from the charity stripe.
-Joining Moore in double figures was Sam Orf who scored 14 and Auston Leslie who chipped in with 11 thanks to a perfect 3-for-3 showing from beyond the arc.
-Max Shulman led the Chargers with nine rebounds, while Kerney Lane handed out a team-best four assists.
-Devin Whitfield scored 25 to pace the Railsplitters.
-For the contest, LMU outshot the Chargers by a 51.7 percent to 36.5 percent clip, and the hosts held a 40-35 advantage in rebounding.

Inside the Flow
-Orf got the game's first bucket, but by the 13:13 mark of the opening half, the Railsplitters had opened up a 12-5 advantage.
-The lead expanded to as many as 12 at 22-10 with 6:44 remaining in the half, and though UAH would narrow the gap to just two at 25-23 three minutes later, LMU would go ahead by 11 before an Orf triple created a 36-28 score at the halftime break.
-The hosts scored 11 of the first 13 points of the second half, and though UAH would close the deficit to 13 at 64-51 after a pair of Moore free throws with 10:41 left, the Chargers would get no closer the rest of the contest as LMU went 12-for-22 from beyond the arc in the second half to secure the win.

Noteworthy
-The 20-point performance by Moore is the best in a season opener by a freshman at UAH since at least the 2002-03 season.
-The Chargers have logged at least 10 assists in 41 straight games with the 12 recorded on Sunday.

Next Time Out
-UAH will aim to bounce back next weekend when the team travels to Jackson, Tennessee, for a two-game set against Union. Tip-off is slated for 6 p.m. on Friday and 3 p.m. on Saturday.