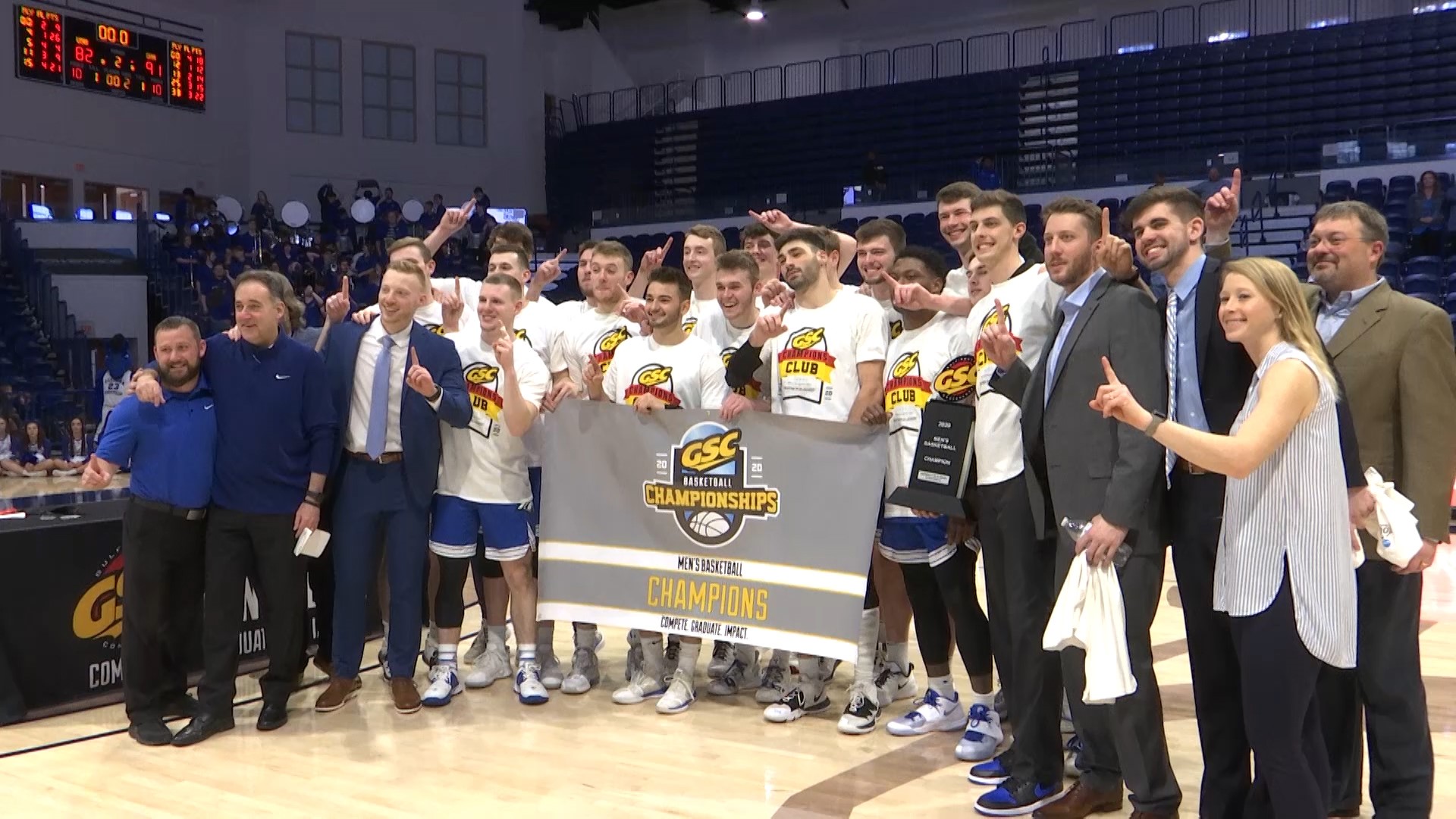 The UAH men's basketball team defeated top seed Valdosta State by a 91-82 score at the Pete Hanna Center on the campus of Samford University of Sunday afternoon. The Chargers improve to 26-5 on the season, while VSU dips to 26-4.

UAH also earns an automatic berth to the NCAA South Regional which will mark the program's ninth trip in the past 11 seasons.

JJ Kaplan was named the tournament's Most Outstanding Player after he logged a double-double in the game with 15 points and 10 rebounds while also handing out six assists, while Malik Cook-Stroupe also landed on the all-tournament team after scoring 18 off of a 5-of-7 shooting performance.

The Chargers fell behind early in the contest, trailing 24-10 at the under-12 media, but the team—as it has done so many times this year when facing significant deficits—roared back and by the 8:13 mark had overtaken the Blazers by going in front 29-28.

VSU regained the advantage late in the half, however, and would hold a 50-48 lead at the break.

The margin grew to five within the first two minutes of the second period, but an old-fashioned 3-point play from Kerney Lane and a Sam Orf jumper put the Chargers ahead 57-55 with 16:34 remaining in the game.

UAH eventually would grab as much as a 10-point lead as the team went 6-for-6 at the charity stripe in the closing moment to seal the win.

Max Shulman led the Chargers in the contest in scoring as he went 6-for-10 from 3-point land  on his way to scoring 22, while Orf also scored in double figures by going 6-for-12 and tallying 14.

The Chargers shot 58 percent both overall and from long-range, connecting on 14 of their 24 3-point tries, and after VSU hit 52 percent of its shots in the first half, UAH held them to a shooting percentage of just 42 percent and only three 3-pointers in the second 20 minutes.