Tua Tagovailoa posts video of him throwing football ahead of draft

Tua Tagovailoa, who is recovering from a hip injury, posted a video to social media on this week that shows him throwing during drills. 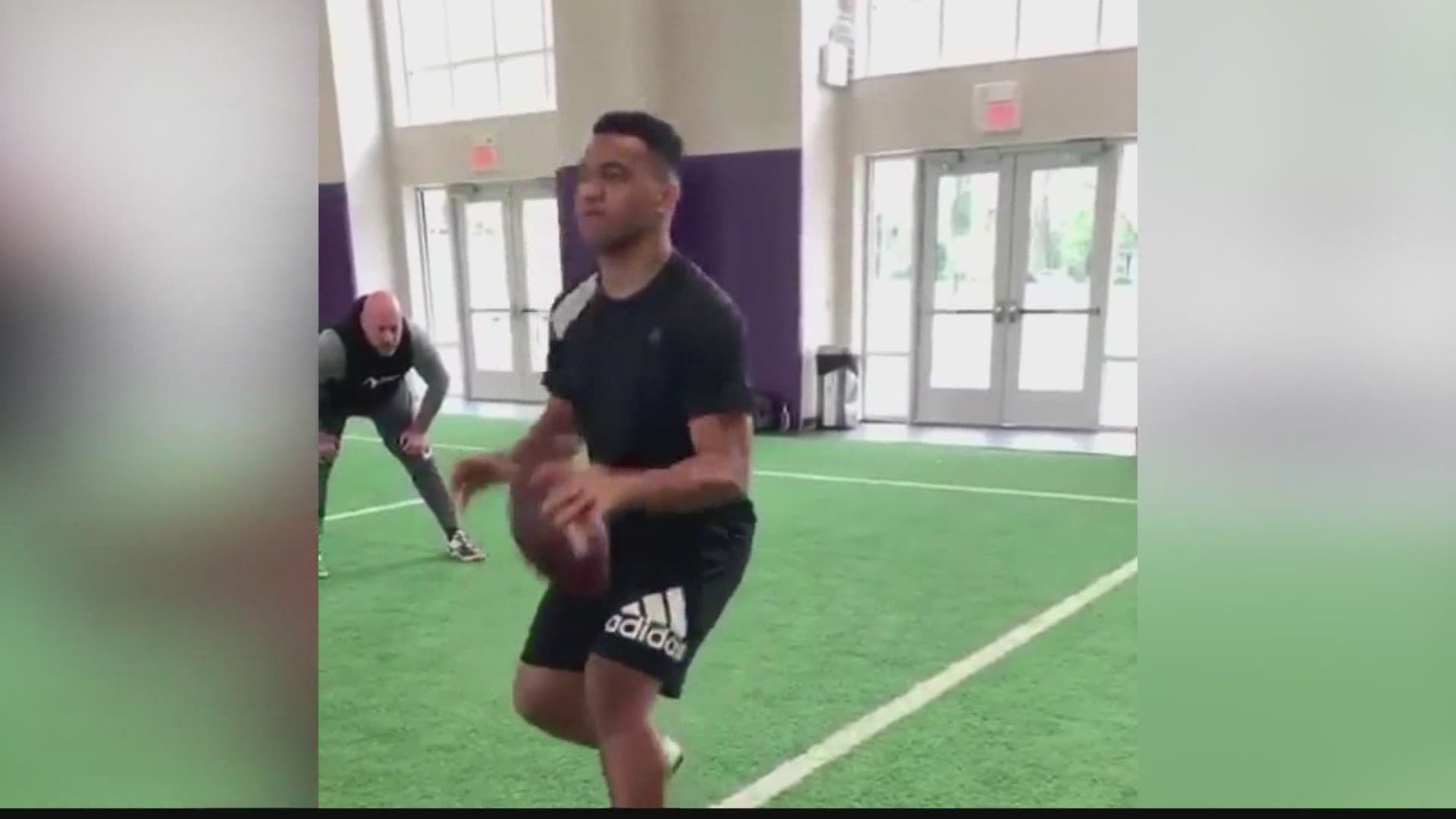 Tua Tagovailoa, who is recovering from a hip injury, posted a video to social media this week that shows him throwing during drills.

He also posted videos to his Instagram account that show him throwing the ball and working on his footwork.

Tagovailoa was medically cleared for all football activity after a four-month scan came back all clear, sources told ESPN's Laura Rutledge earlier this month.

Tagovailoa's season at Alabama ended in November, when he sustained a posterior wall fracture and dislocated hip.

He is expected to be a top-five pick in April's NFL draft, with ESPN's Mel Kiper Jr. projecting Tagovailoa to go at No. 5 to the Miami Dolphins.