The SEC unveiled times and tv networks for all most of its football teams this season. 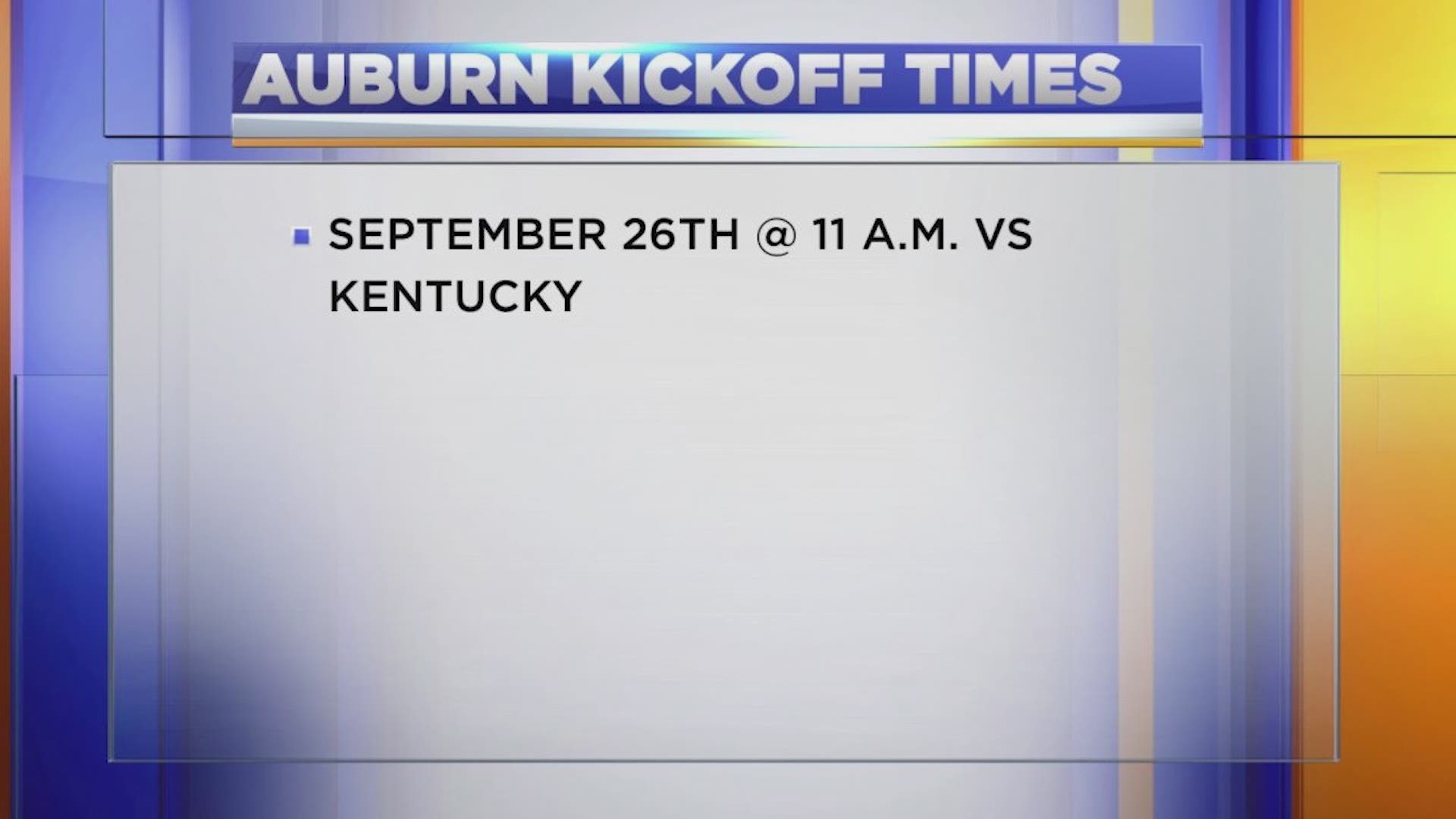 AUBURN, Alabama — With 25 days until the season opener, the Southeastern Conference announced game times and TV networks for three of Auburn's 10 regular-season games on Tuesday.

Auburn will kick off the season on SEC Network with an 11 a.m. CT start at home against Kentucky on Sept. 26. The Tigers won six of their last seven season openers, including victories over Oregon and Washington the past two years, and they have won nine of their last 10 games in the 11 a.m. time slot.

The following week, on Oct. 3, the Tigers will be featured on ESPN when they travel to meet cross-division rival Georgia for a 6:30 p.m. CT game. This will mark the 125th meeting between the two sides.

The only other game announced to this point is on Oct. 31 when Auburn welcomes LSU to Jordan-Hare Stadium. The game is slotted for 2:30 p.m. CT and will be televised on CBS.

In July, the SEC established Sept. 26 as the new kickoff for its 2020 football season to allow its universities to focus on the healthy return of their campus communities and the gradual re-introduction of athletics, as the 14 members of the SEC continue to monitor developments related to COVID-19.

Given the unique circumstances of this season, the SEC requested that its television partners make advanced game selections where possible prior to the start of the season to assist the conference and schools with planning and logistics.

The SEC has announced kickoff times and TV networks for three of our regular-season matchups.#WarEagle

For any games not chosen before the start of the season, the normal 12- or six-day selection process will be used during the season.

The 2020 SEC football season will be comprised of a 10-game conference-only schedule and the SEC Championship Game will be played Dec. 19 at Mercedes-Benz Stadium in Atlanta, rescheduled from the original date of Dec. 5. The schedule will include one mid-season open date for each school, and a Dec. 12 open