The SWAC released the schedules for all 10 SWAC schools for the upcoming 2021 spring football season. 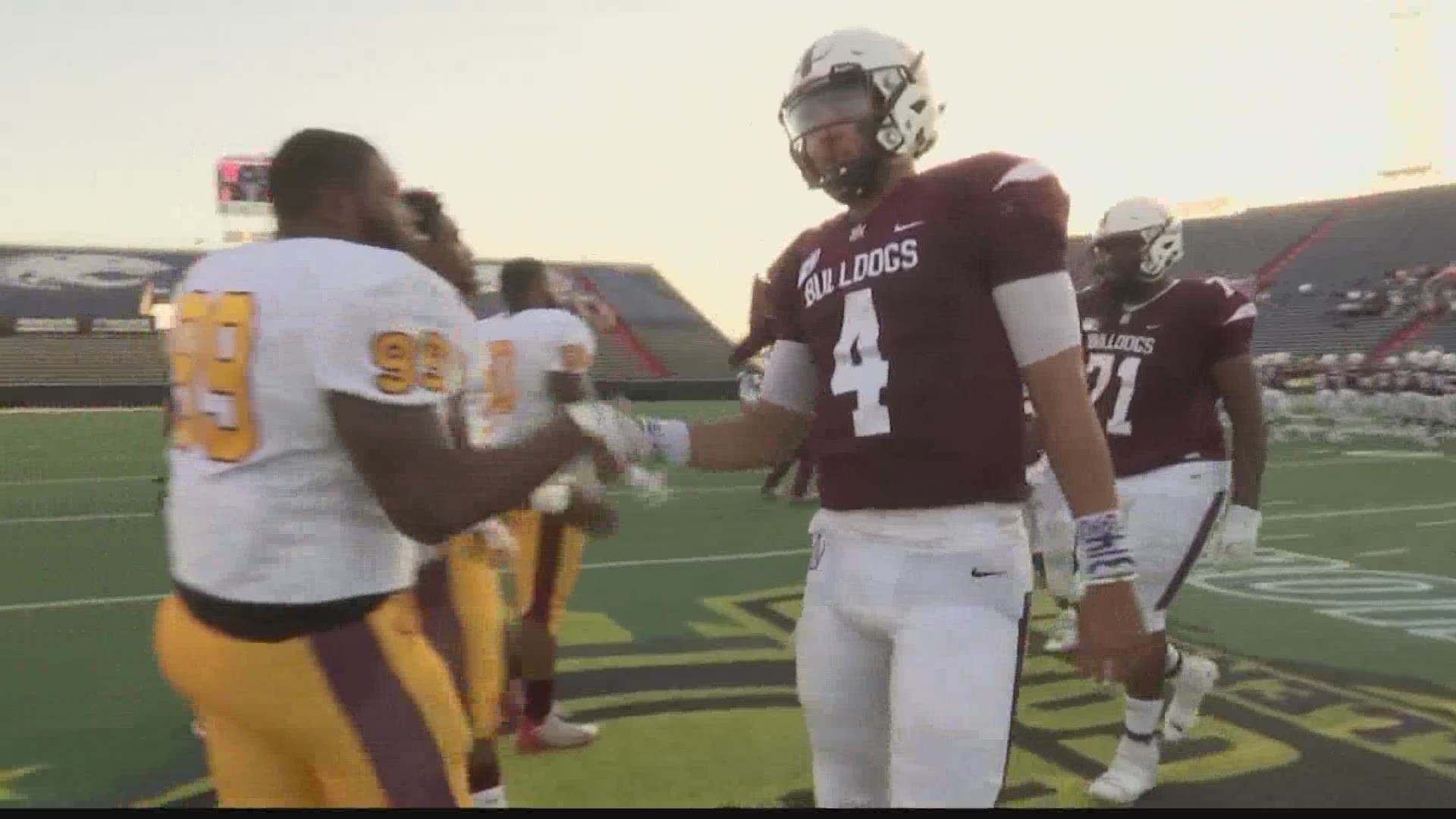 The Southwestern Athletic Conference announced today the schedules for all 10 SWAC schools for the upcoming 2021 spring football season. The schedule includes one non-conference open date for each team and conference contests scheduled each week beginning in Week One.

Additionally, the league has designated a bye week for each team during the week of March 13 to ensure that fans and supporters have the opportunity to attend the Cricket Wireless Men's and Women's Basketball Tournaments (March 9-13).

Alabama A&M opens the season on Feb. 27 when it hosts Alcorn State. The Bulldogs only play once more at Louis Crews Stadium, on March 27 against Grambling State. The Magic City Classic is scheduled for April 17 in Birmingham at Legion Field.

The football season will culminate with the Cricket Wireless SWAC Championship Game. The game is scheduled to be played on Saturday, May 1.

"We're excited to be back in the game for the upcoming season. We are proud to team up with SWAC once again so that we can continue to grow our relationship with SWAC members, while introducing our brand to students, alumni and fans."

The Cricket Wireless SWAC Football Championship will once again be played on the campus of the highest seeded team at the conclusion of regular season play. SWAC football teams are scheduled to begin preparation for the season with an eight-week training period beginning in January.

"The SWAC Council of Presidents and Chancellors, Sports Administrators Committee, COVID-19 Advisory Committee, along with our fall sports scheduling groups have worked tirelessly over recent months to get to the point where we are able to announce a significant part of the rescheduling of our fall sports," said SWAC Commissioner Dr. Charles McClelland.

"Collectively as a conference, we look forward to continuing on the path to a safe return to competition that we know all of our student-athletes, team staff, institutional administrators and supporters would like to see in the coming months. This schedule allows the needed flexibility for any additional adjustments that will need to be made once the NCAA releases its revised spring calendar. Clearly our plans in regards to the safe return to competition within our league will ultimately be dictated by the current state of the COVID-19 pandemic in the respective regions of our member institutions."

The SWAC will continue to work with local and state medical experts along with governmental officials to gather additional information, evaluate emerging data and advancements, while monitoring new developments regarding the pandemic. The Southwestern Athletic Conference will remain prepared to make any necessary adjustments identified to be in the best interest of the health, safety and wellness of our student-athletes.

A complete listing of the games scheduled to be played each week along with team-by-team schedules can be found below.