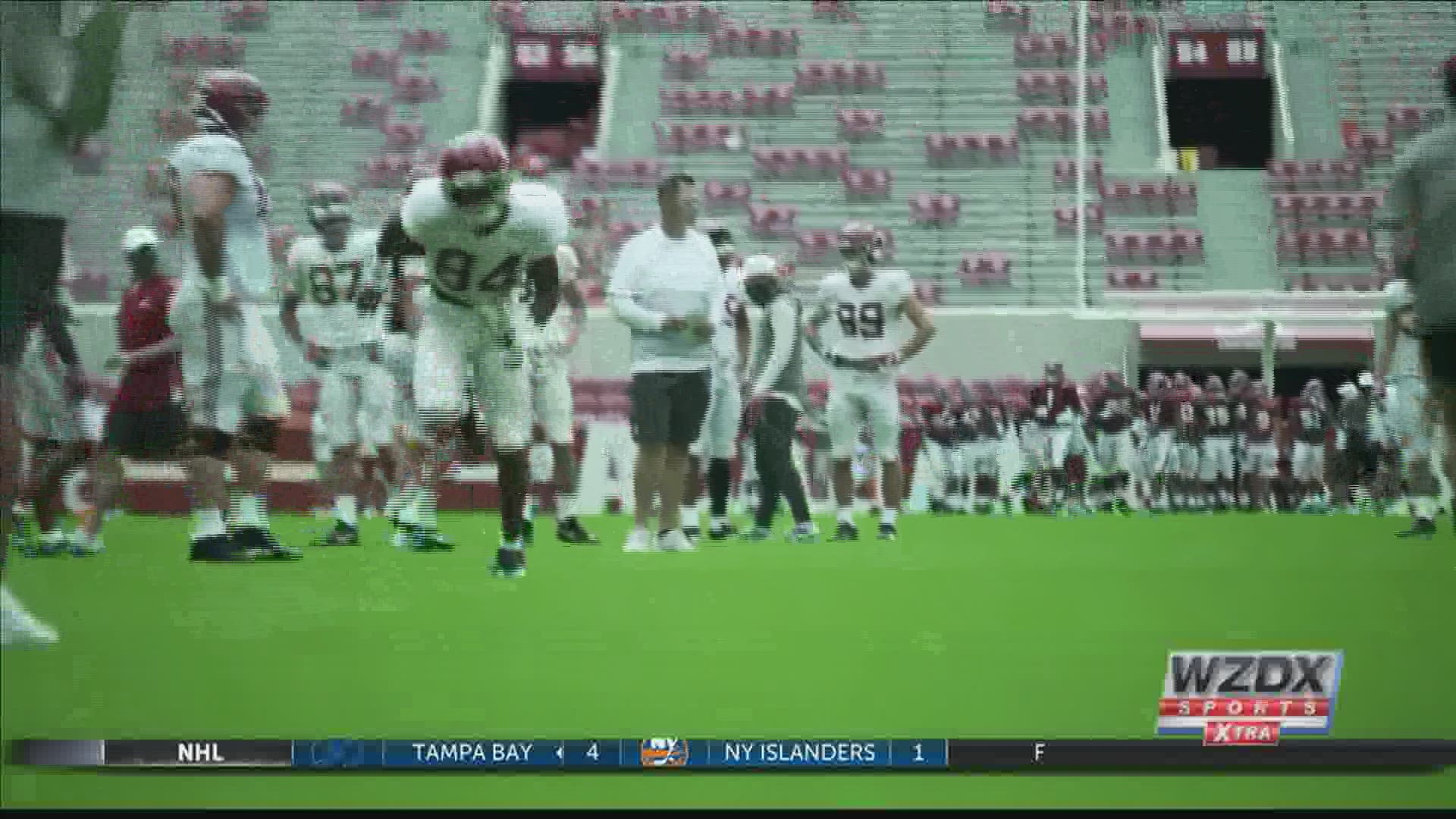 TUSCALOOSA, Ala. — Saturday signaled the end of fall camp for Alabama, even though this preseason was unlike any camp Nick Saban has coached. Now, the Crimson Tide has to have “a sense of urgency to get ready for the season,” the 14th-year head coach said following a closed scrimmage.

The scrimmage at Bryant-Denny Stadium was the team’s second and final game-like practice of the preseason. Although stats weren’t released, Saban started his brief recap of the 133-play scrimmage by praising the performance of the Alabama offense and quarterbacks.

“The offense was pretty efficient today,” said Saban during a Zoom call with local reporters. “The offensive line was playing really, really well. I think both quarterbacks played pretty well today. We have some explosive players at receiver. Smitty and Waddle are both playing extremely well, and some of the other guys are coming along and playing very, very well. Really impressed with the running backs that we have. The young guys really played well.

“So, we had a lot of good things happen on the offensive side.”

One of the positions that needs to be filled is behind center. Redshirt junior Mac Jones started in four games last year when Tua Tagovailoa was sidelined by ankle and hip injuries. He posted a 3-1 record and threw for 1,503 yards, 14 touchdowns and three interceptions while completing 69 percent of his passes in 12 games. In camp, he has solely worked with the ones.

Alabama also returns redshirt freshman Paul Tyson, who has improved from last year, and signed the nation’s No. 1 overall recruit, according to 247Sports, in Bryce Young. The latter was unable to participate in the first scrimmage two weeks ago, but he did take part in the simulated game last Saturday. The quarterbacks made improvements from the first scrimmage to last week’s situational practice.