Marquis McClain is transferring to Southern

Former Auburn wide receiver Marquis McClain is finally out of the NCAA Transfer Portal. He will play his final season in Baton Rouge at Southern University. 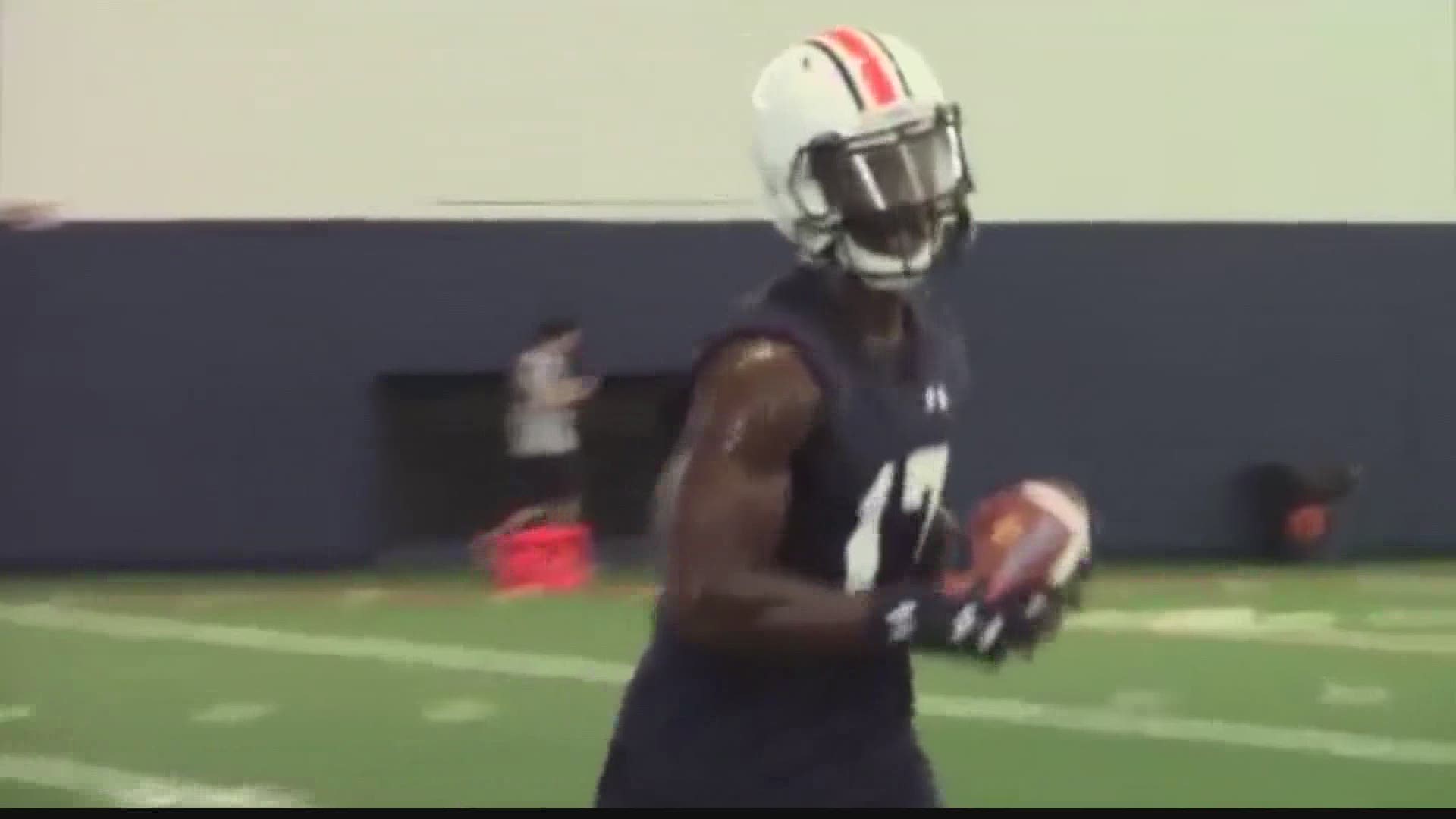 The former Auburn receiver, who entered the transfer portal last December, announced Wednesday via Twitter he is transferring to FCS Southern University in Baton Rouge, Louisiana.

A junior last season, McClain will have one year of eligibility remaining at Southern. He had only one catch last season and three receptions during his entire career with the Tigers.

McClain was rated a 3-star prospect in the class of 2016, according to the industry generated 247Sports Composite and 247Sports. Auburn signed four receivers that year, but only one player remains on campus: Eli Stove. He's entering his final season.

Nate Craig-Myers and Kyle Davis, both highly touted receiver prospects (each was at one time rated as a 5-star), left the Auburn program earlier in their careers.

Here's some background on McClain, courtesy of 247Sports' Brandon Marcello ...

Listed at 6-feet-2, 224-pounds, the backup had two receptions for 47 yards in 2017 but did not record another catch until his 37-yard reception in a 52-0 victory against FCS foe Samford in the second-to-last game of the 2019 regular season.

"I just want to say thank you. As an 18-year-old kid from Florida I've always had dreams of playing in the SEC. Thank you for accepting me and allowing me to be apart of the Auburn family. These four years have been unexplainable. I've learned and grown up so much. Auburn is honestly a special place and it will always have a special place in my heart. To all my teammates and coaches and to the fans that support me, thank you it means a lot to me. My time here is done and I will be entering my (name) in the transfer portal as a grad student."