The Texas Rangers selected Huntsville native Justin Foscue with the 14th overall pick in the 2020 MLB Draft on Wednesday. 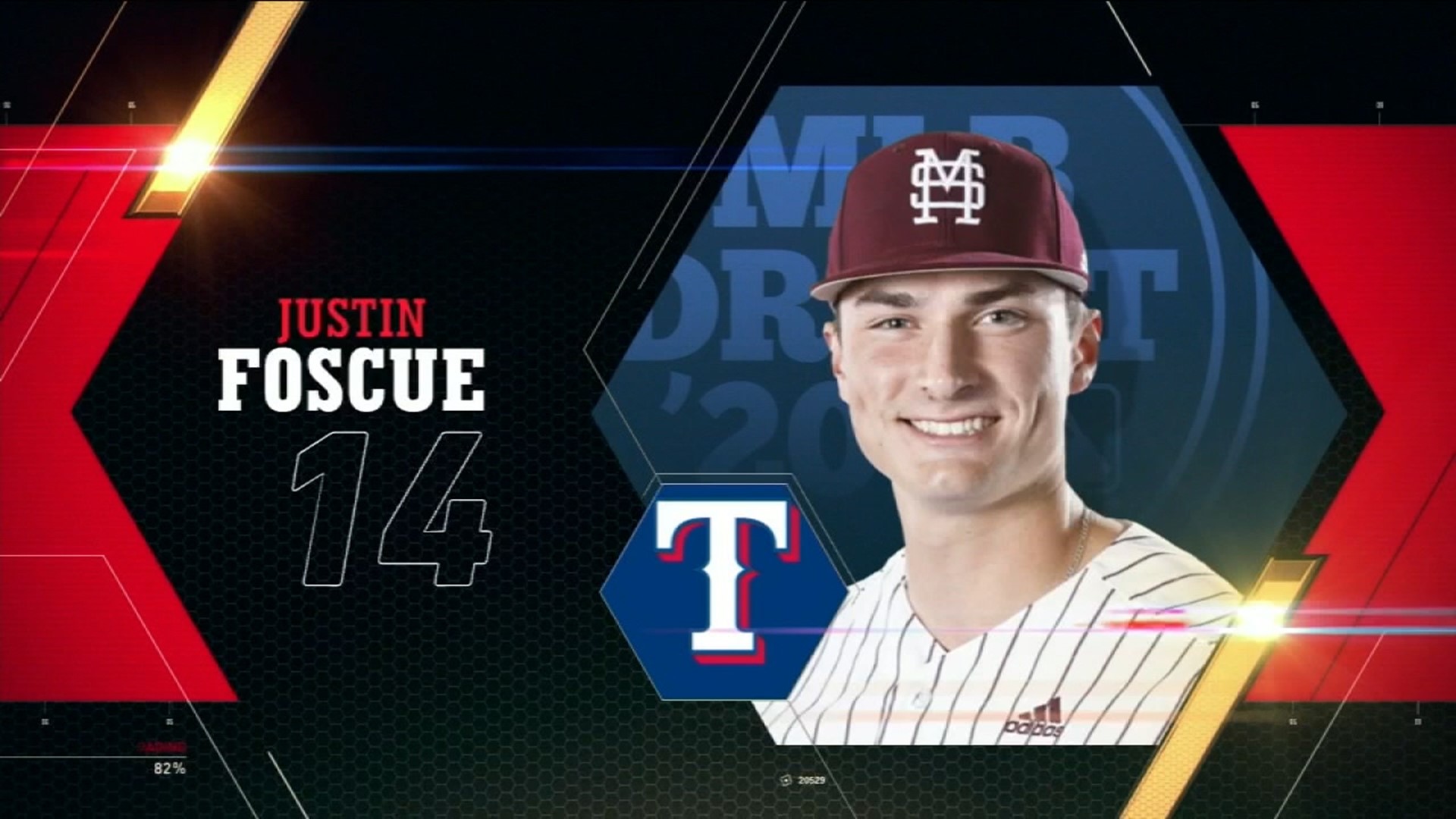 "We truly believe in this kid's bat. He's been a big performer in a big conference," said Rangers Senior Director of Amateur Scouting Kip Fagg. "He's some kind of competitor, some kind of kid. We're very excited to welcome Justin into the Texas Rangers organization."

The Alabama native was twice named Huntsville Player of the Year at Virgil Grissom High School, where he lettered four years in baseball and also played basketball. Foscue began his college career as a third baseman before moving over to second base.

"I've never been the top-ranked kind of player. In high school, I never was highly touted or heavily recruited. But I always felt like I belonged in the SEC, to see that level of play," Justin Foscue said. "So, I had a chip on my shoulder to prove people wrong. I believed in myself. I just went to work and I put my head down. I didn't listen to the outside noise with ranking and such. Having that ability to not worry about the noise and distractions and always believing in myself. I think that's how I got myself to this point."

Foscue had a big jump in development from his freshman year into his sophomore season. In his impressive 2019 campaign, he hit 14 home runs with a .338/.402/.582 slash line. He finished fifth in the SEC in hits and third in total bases.

His bat is considered to be a plus tool with coaches praising his baseball IQ and his work ethic. His defense comes with some questions, but the Rangers are confident he can get the job done with the glove.

"He was a second baseman in college. He's got really good hands. He's got some things to work on footwork-wise, but we feel the athlete is there," Fagg said. "This kid is some kind of gamer, some kind of baseball player. We feel like this guy's going to be an average second baseman at the least."

RELATED: Trash Pandas to host multiple events for the community at Toyota Field