Quarterback Taulia Tagovailoa announced Friday he is transferring to Maryland. 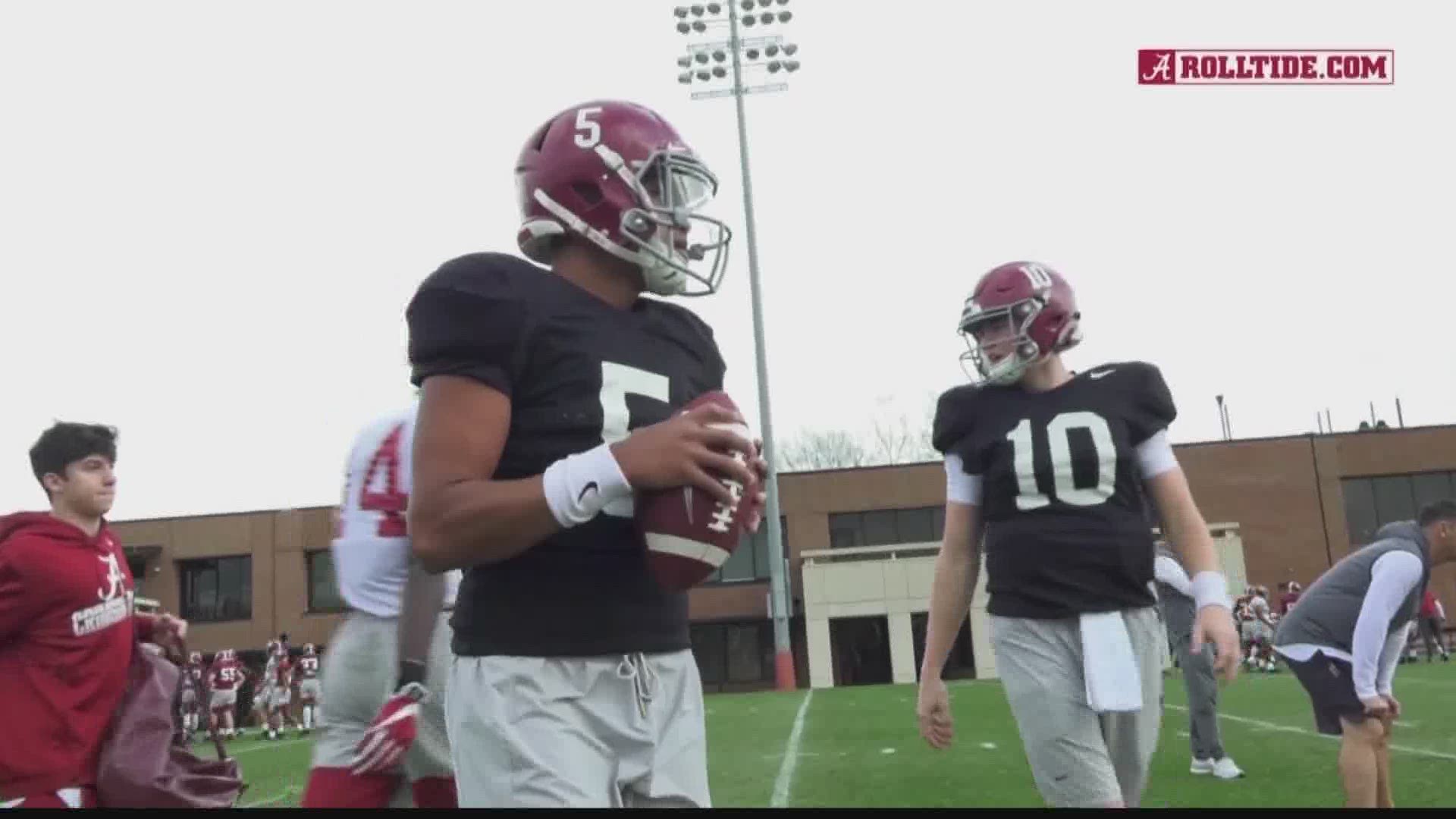 COLLEGE PARK, Md. — Quarterback Taulia Tagovailoa announced Friday he is transferring to Maryland. The former Alabama quarterback entered the transfer portal on May 8, and has found his new home with the Terrapins.

Tagovailoa is the younger brother of former Alabama quarterback Tua Tagovailoa, who was selected in the first round of this year's NFL draft by the Miami Dolphins. Tua was coached at Alabama by current Maryland coach Mike Locksley, and while Taulia did not play for Locksley, there is familiarity with the family.

"Taulia has outstanding field vision and excellent pocket awareness," Locksley said in a statement. "He's a twitchy passer that has the ability to make and extend plays in and outside of the pocket because of his above-average athleticism. Taulia has terrific touch and trajectory on his throws and delivers the ball with above-average accuracy. He's a highly competitive player that will bring great competition to a good quarterback room."

The younger Tagovailoa was the No. 143 prospect in the 2019 class and the fifth-ranked dual-threat quarterback, and was in the same class for Alabama as ESPN 300 quarterback Paul Tyson, the great-grandson of former Alabama coach Bear Bryant. Tagovailoa played in five games last season for the Crimson Tide, completing 9 of 12 passes for 100 yards and a touchdown.

Because he competed in five games, he did not preserve his redshirt and has three years of eligibility remaining.

His decision to pick Maryland comes at a good time for the Terps as quarterbacks Max Bortenschlager and Tyrrell Pigrome entered the transfer portal in January and February respectively. That left Maryland with second-year quarterback Lance LeGendre, who was part of the 2019 class, as well as Josh Jackson, who transferred in from Virginia Tech.