Alabama OC Steve Sarkisian is recovering from a heart procedure

Alabama OC Steve Sarkisian underwent a heart procedure after an ailment was discovered during an annual physical for coaches, the team announced Tuesday. 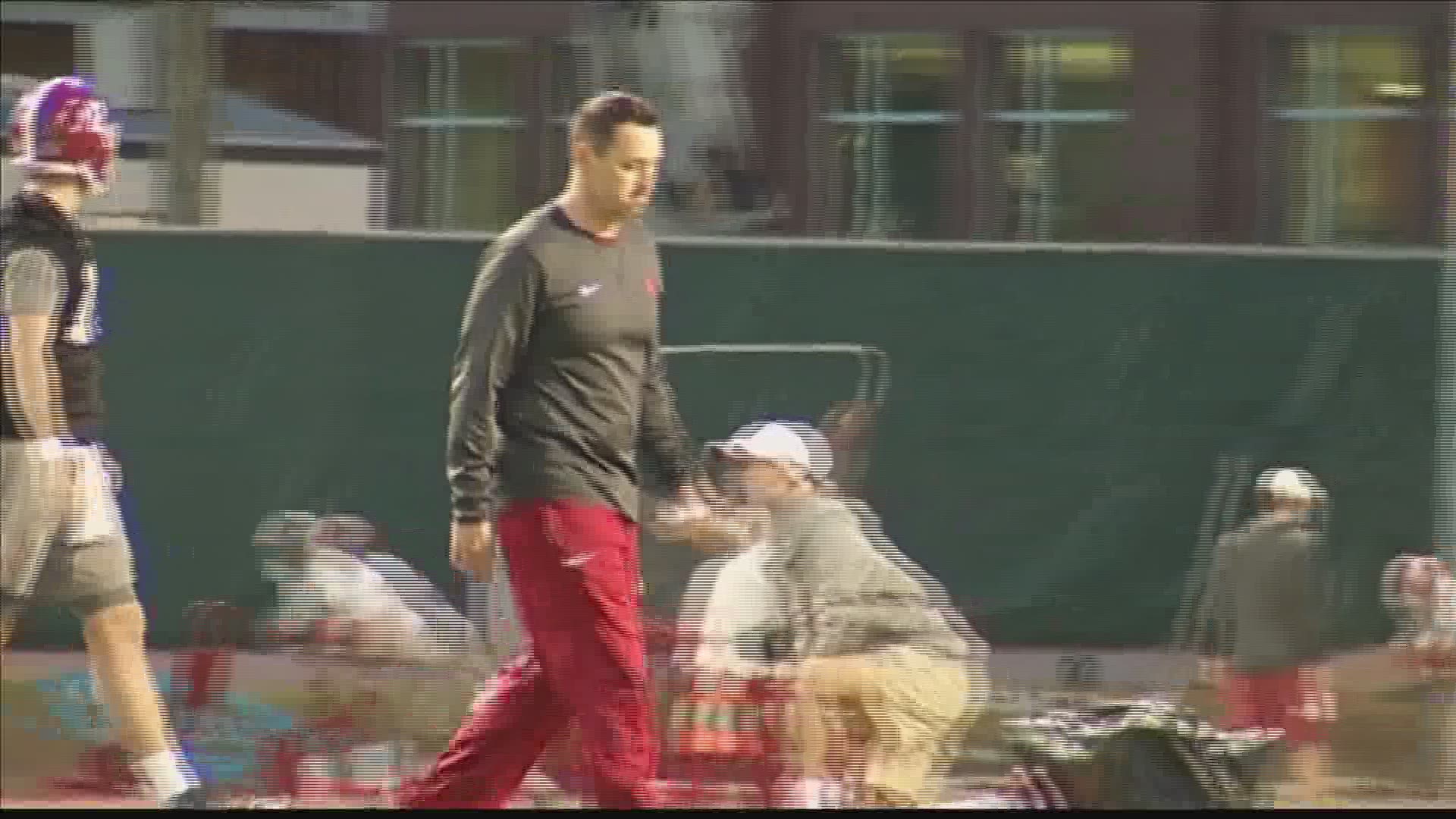 The 46-year-old's condition was discovered during an annual physical.

"During Coach Sarkisian's physical last week, it was determined that he needed a procedure to correct a congenital cardiovascular anomaly before it became an issue," the statement said. "Coach Sarkisian underwent a successful procedure this past Thursday [July 2] in Birmingham. He is back home in Tuscaloosa and is expected to make a full recovery."

Sarkisian was the Crimson Tide's offensive coordinator last season after having spent the previous two years in the same position with the Atlanta Falcons.

The former BYU quarterback made a name for himself as an assistant on Pete Carroll's staff at USC, before becoming a head coach at Washington. After four seasons leading the Huskies, Sarkisian came back to USC as head coach for one and a half seasons before being fired in 2015.

Sarkisian returned to college as an off-the-field analyst at Alabama in 2016.

Last season, with both Tua Tagovailoa and Mac Jones starting at quarterback, Sarkisian helped produce the second-best offense in college football in terms of points per game (47.2).

Jones, a redshirt junior, returns after four successful starts as a replacement for the injured Tagovailoa. Jones will be joined in the quarterback room by newcomer and five-star freshman Bryce Young, a Southern California product whom Sarkisian played an important role in recruiting.