In 2022, The Alabama A&M Bulldogs will face Troy for the first time in two decades. 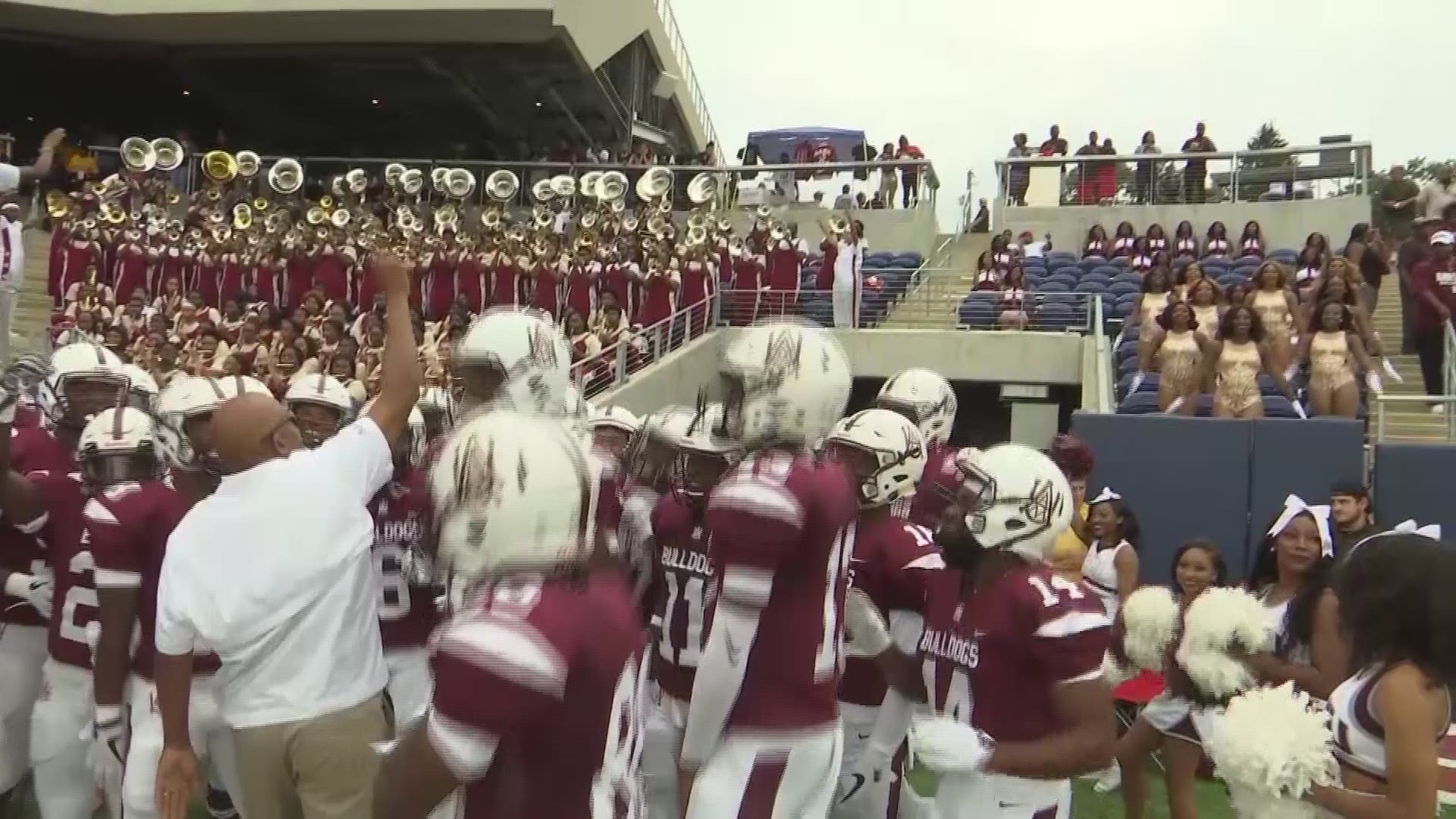 TROY, Ala — The Troy Trojans have added the Alabama A&M Bulldogs to their 2022 football schedule, the school announced on Saturday.

Troy will host Alabama A&M at Veterans Memorial Stadium in Troy, Ala., on September 10, 2022. The game will mark only the second meeting between the two schools on the gridiron.

Troy and Alabama A&M first met in 2000 when the Trojans were playing their final season as a member of the Football Championship Subdivision (FCS). Troy defeated Alabama A&M in that contest, 28-13, in Normal, Ala.

With the addition of Alabama A&M, the Trojans have completed their non-conference schedule for the 2022 season. Troy is scheduled to open the season at Ole Miss on Sept. 3. The Trojans later play at Western Kentucky on Oct. 1 and host Army on Nov. 12.

Alabama A&M competes in the Southwestern Athletic Conference (SWAC) in the FCS. The Bulldogs finished the 2019 season 7-5 overall and 4-3 in SWAC play.

Alabama A&M is scheduled to play two Football Bowl Subdivision (FBS) opponents in 2020. The Bulldogs are slated to travel to UAB on Sept. 12 and Mississippi State on Nov. 21.

RELATED: SWAC to cancel football season if it doesn't start by October 17th