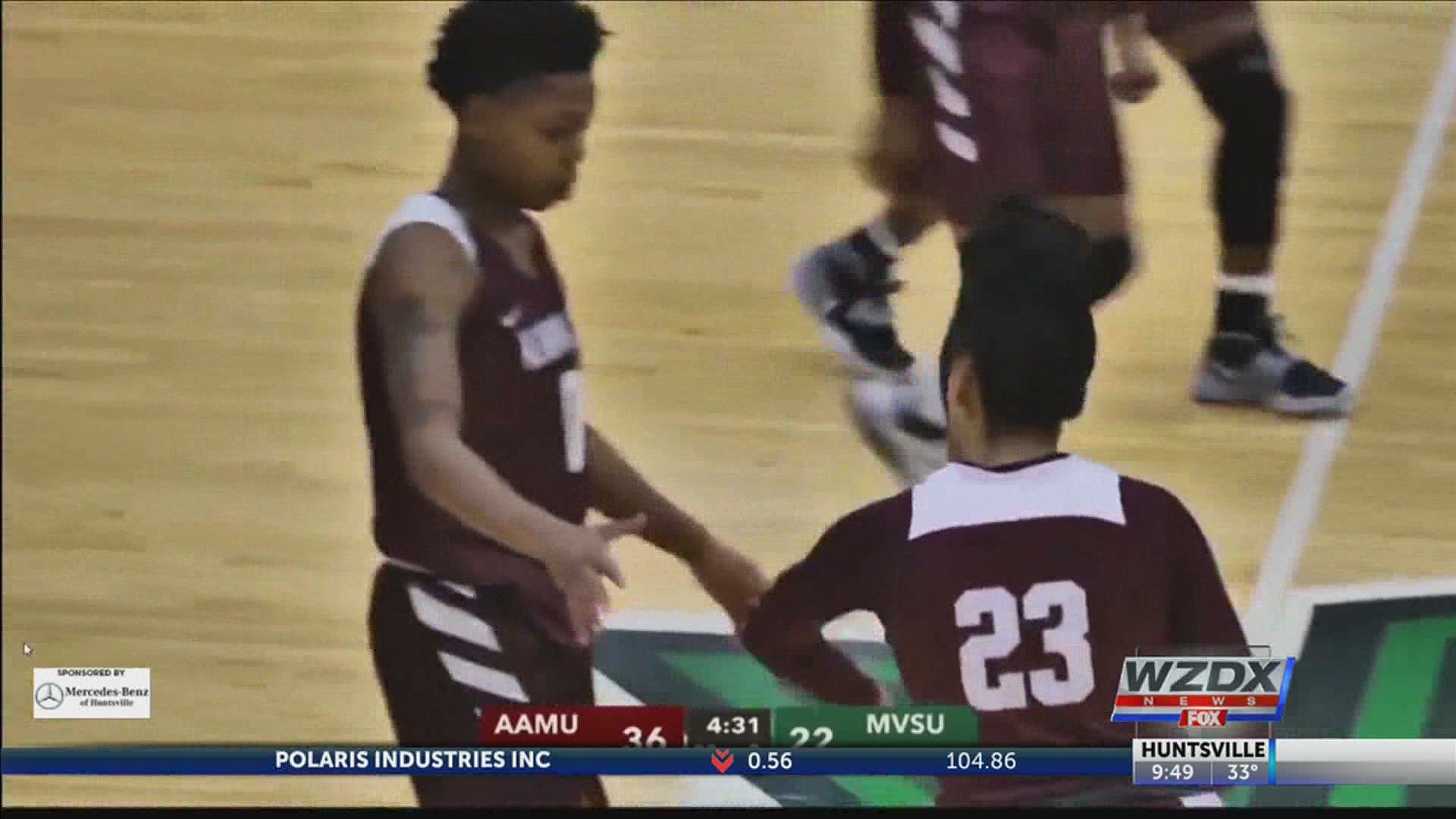 Jones led four Bulldogs in double-digits as she tied for the game lead with 16 points, including 4-of-6 beyond the arc, while dishing out nine assists and registering four steals in 38 minutes of action.

She was joined by senior guard DeShawna Harper (Indianapolis, Ind.) with 16 points, four triples and five assists and by junior forward Dariauna Lewis (Omaha, Neb.) with 15 points on 7-of-9 shooting and seven boards. Redshirt-junior center Elexis Evans (Greensboro, Ala.) just missed a double-double of her own with 12 points and eight caroms and freshman guard Darian Burgin (Cincinnati, Ohio) added six points and four assists.

Trailing 5-4 a little over a minute into the game, Jones erupted for her own personal 8-0 run, including back-to-back threes, to flip the script and give the Bulldogs a 14-5 lead after the game's first six minutes. The rest of the quarter would not go much different as they would head to the second holding a 16-9 advantage.

That frame, however, would see the Devilettes' Annya Moss deliver five points to fuel a 7-2 run that quickly cut the deficit to 18-16 less than two minutes in. Over the final 8:15 of the half, however, MVSU would score only two more points as two more triples by Jones hit home to make it 24-18 at the break.

With the lead at 28-22 with 7:47 on the clock, AAMU would take control with a dominant 15-4 stretch over the next 5:40 as a pair of threes by Harper helped push the lead to 43-26. The Devilettes would eventually get it to within 12 with a minute and a half left in the period before trailing 45-32 entering the fourth.

That would be as close as they would get, however, as the margin ballooned to 27 points, 63-36, behind another withering run, this time an 18-4 outburst that stretched the first 7:22 of the quarter. Harper would once again power the Bulldogs offense with eight points during that time and help close out the 65-41 victory minutes later.

Moss led MVSU with 16 points on 6-of-9 shooting while Da'Sha McGloster and Annalise Brisco came away with nine and eight points, respectively, with the latter adding five boards. Zakiya Mahoney finished with six points and Ronni Williams had three steals, three assists and three rebounds to round out the top performers.

The Bulldogs close out their mini two-game road trip when they head to Arkansas – Pine Bluff on Monday, January 11. Game time is set for 4 p.m.

NOTES
Due to contact tracing, Alabama A&M played the game without head coach Margaret Richards … she is also expected to miss the Bulldogs' game at UAPB.