Three Auburn football players tested positive for COVID-19 and have been quarantined away from team members. 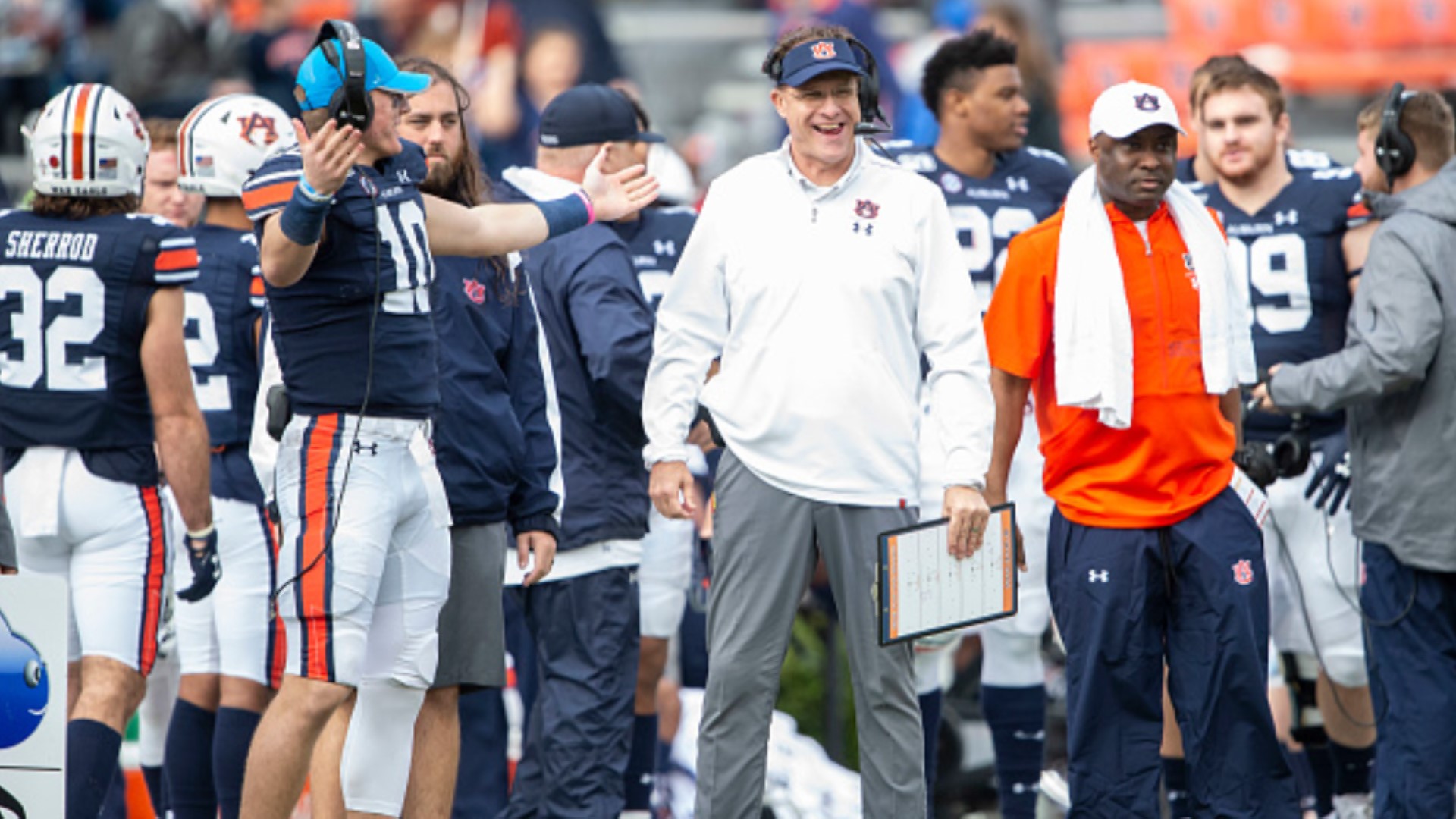 AUBURN, Ala — Three Auburn football players tested positive for COVID-19 and have been quarantined away from team members, AuburnUndercover has confirmed.

The identities of the players are not known. Players returned to campus on Thursday and underwent tests ahead of Monday’s first day of voluntary workouts. Players were undergoing physical examinations on Friday.

Players were sent home in March after campuses across the country shut down because of the COVID-19 pandemic. Spring practices were canceled.

Gus Malzahn’s eighth season as Auburn’s head coach is scheduled to begin on Sept. 5 against Alcorn State at Jordan-Hare Stadium.The NCAA Council voted last month to allow players to being voluntary workouts on June 1 or later. The SEC voted to return on June 8. Strength and conditioning coaches are allowed to observe but not direct the workouts.

Players and coaches can meet for up to eight hours per week on Zoom but face-to-face meetings are not allowed.

Credit: Getty Images
Gus Malzahn of the Auburn Tigers during their game against the Samford Bulldogs at Jordan-Hare Stadium on November 23, 2019

Neither the NCAA nor the SEC has offered any hint of what will happen going forward, whether programs will get early starts to preseason camp or have NFL-style OTAs.

More than 19,000 Alabamians have tested positive for COVID 19 and 672 have die, according to the latest Alabama Department of Public Health statistics. No deaths have been reported in the age group of college football teams.