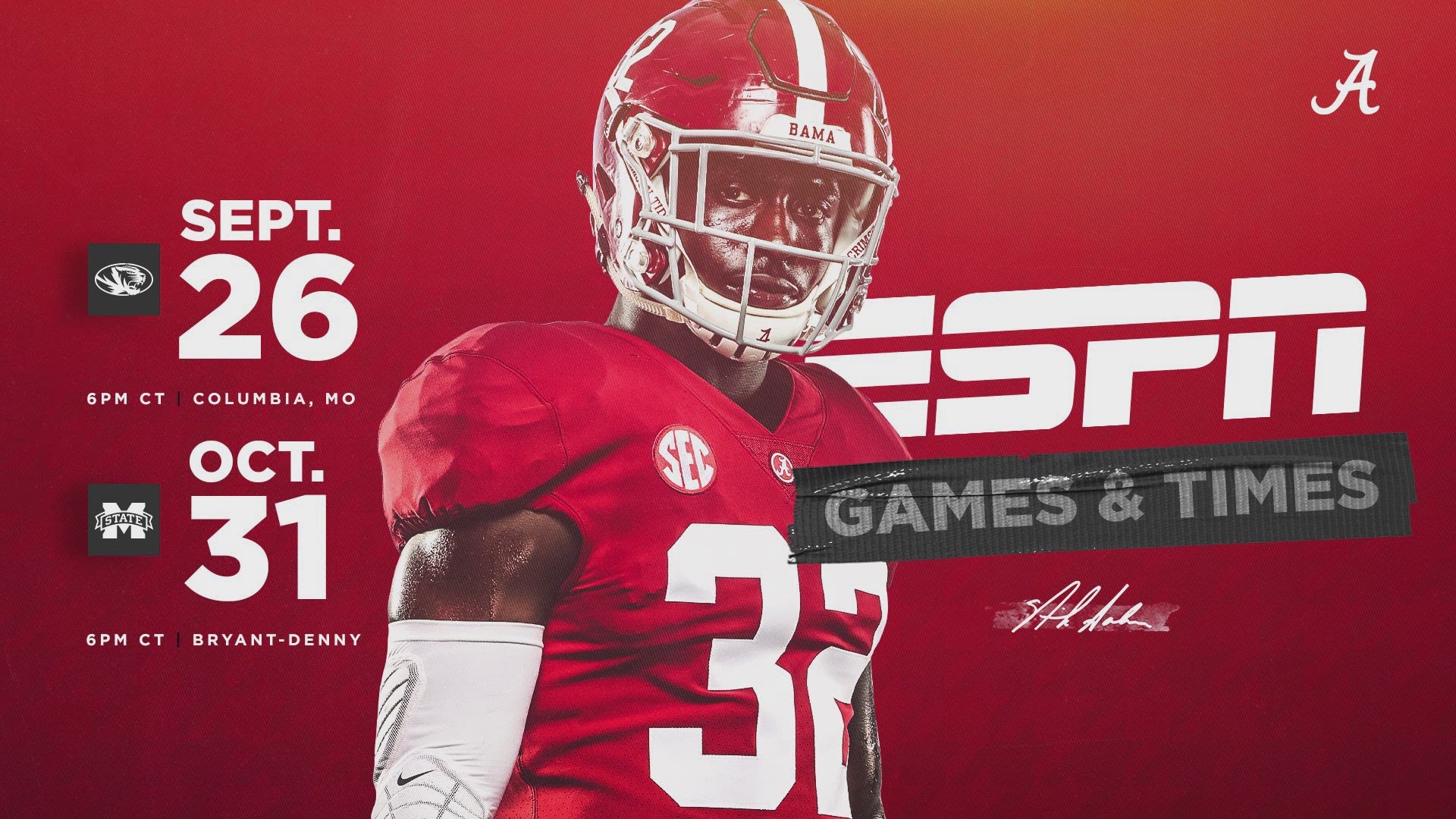 TUSCALOOSA, Ala — Alabama football’s games times and network pairings for five contests during the upcoming 2020 season were announced on Tuesday morning. The Crimson Tide will play on CBS three times while two other contests will air on ESPN.

Alabama will kick off the season on ESPN with a 6 p.m. CT start at Missouri on Sept. 26. The Tide will then return home for a 2:30 p.m. matchup with Texas A&M on CBS. Alabama’s contest with Georgia at Bryant-Denny Stadium on Oct. 17 is set for a primetime 7 p.m. kickoff on CBS.

On Halloween, the Crimson Tide will host the Mississippi State Bulldogs at 6 p.m. on ESPN. The Crimson Tide’s bye comes on Nov. 7 before a trip to Baton Rouge on Nov. 14. Alabama and LSU will air on CBS with a 5 p.m. kickoff time at Tiger Stadium.

The SEC Championship Game will be broadcast on CBS from Mercedes-Benz Stadium in Atlanta, Ga. on Saturday, Dec. 19 with a time still to be determined.

Alabama’s remaining game times and network listings will be announced at a later date.