FOX54's Jonah Karp sat down with Kyle and Eagles Head Coach Steve Meek to reflect on this record-setting performance. 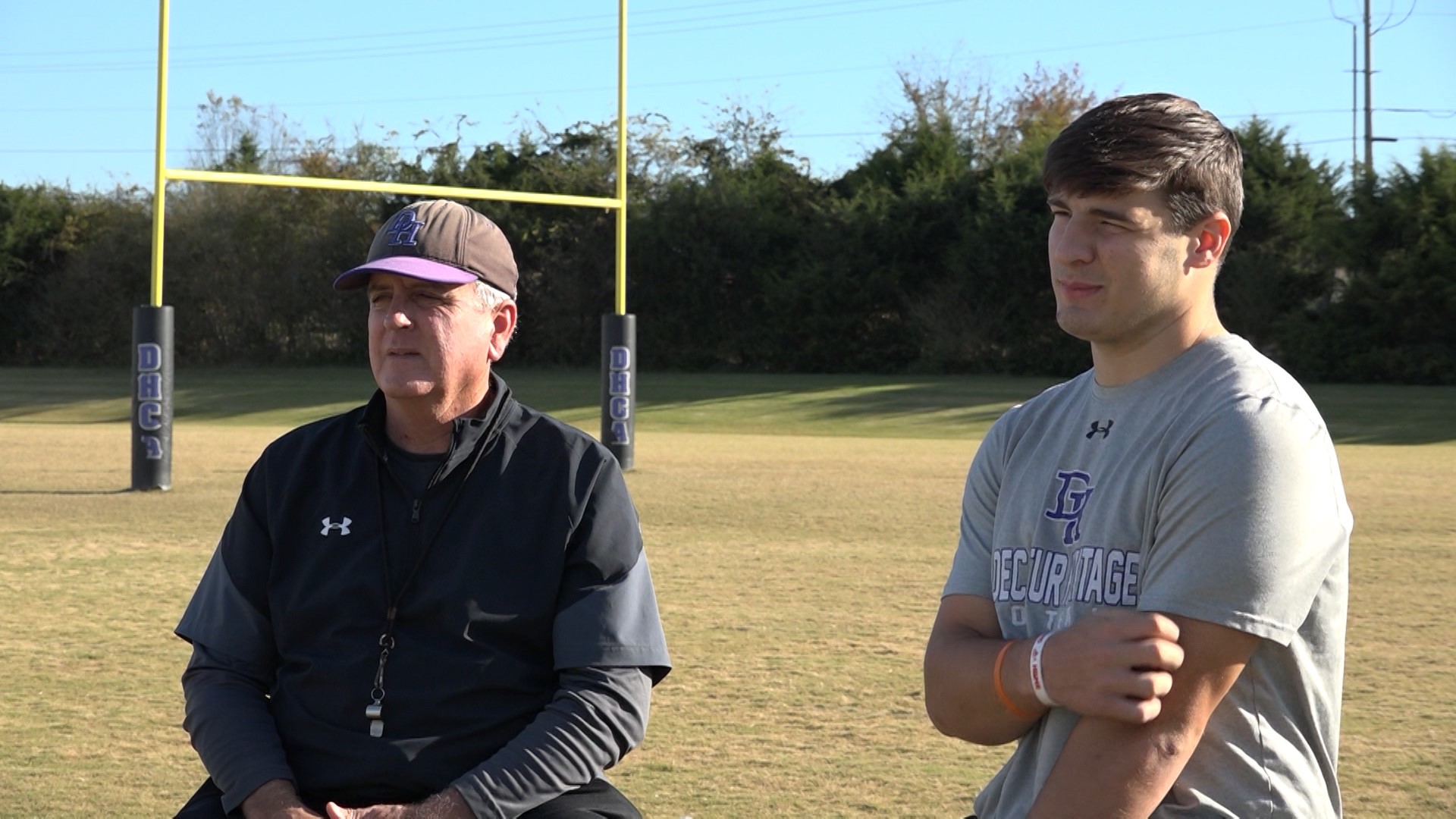 Kyle scored 11 touchdowns and accounted for 68 points in the team's win, propelling the Eagles to the third round of the playoffs and setting up a date with Pickens County.

FOX54's Jonah Karp sat down with Kyle and Eagles Head Coach Steve Meek to reflect on this record-setting performance.

"So, Brayden, you score 11 touchdowns, you account for 68 points in one game, state records. Begs the question: what in the world did you eat that morning?" Jonah asked.

"I had a normal thing," responded Kyle. "I usually get a chicken biscuit at break, that's what I ate that morning."

Coack Meek has been coaching football for 38 years and has watched the sport for even longer. He says he's never seen a performance like Kyle's on Friday.

"I've been a part of 5 overtime games and a lot of special nights. I've coached a lot of teams where I'm not sure we got many more than 11 touchdowns in a year, much less in a night," said Meek.

Kyle says he wasn't even counting the touchdowns he earned throughout the game.

"My offensive coordinator mentioned something to me at halftime. I just knew we had 49 points at halftime," he said.

Kyle went on to talk about his favorite touchdown of the night.

"Probably the 11th one because I love diving into the end zone," said Kyle. "It's something I did as a kid. Diving all over whenever I played in the backyard and stuff. So, that probably could be my favorite one."

It's easy to feel on top of the world during moments like this, but Kyle said he was cognizant of his limitations.

"There's other parts of it where I know I'm human. I'm not going to be able to just run through people. In some way, you feel like, alright, just give me the ball and let me do what I can do. But, at the same time you have to come back to reality and if that's not going to help the team then don't do it," he said.