It’s been a few years since the Bob Jones boys’ basketball team has seen great success on the basketball court. But things are quite different this ... 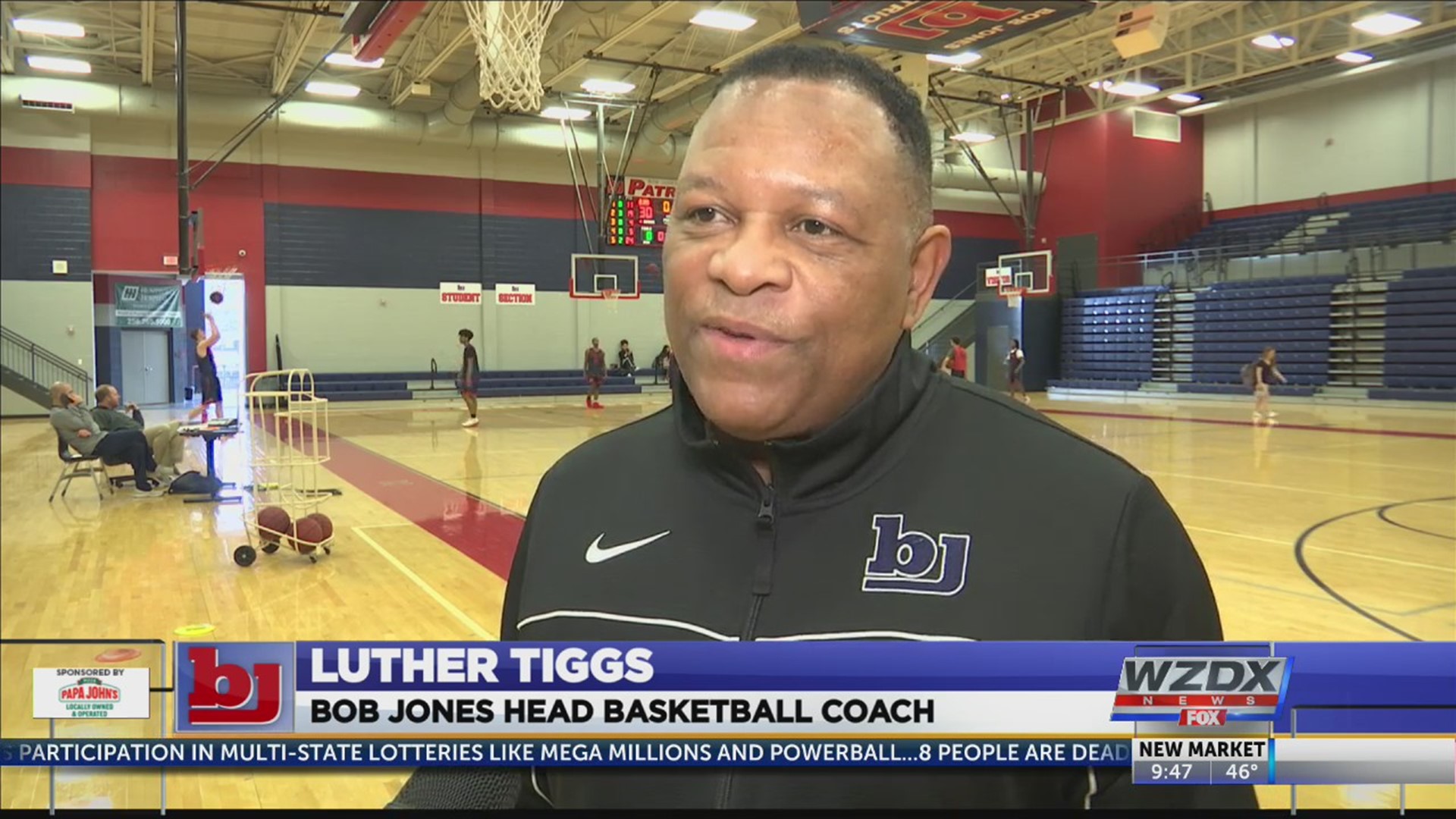 It’s been a few years since the Bob Jones boys’ basketball team has seen great success on the basketball court.

But things are quite different this year as they already have 21 wins on the season and have consistently been in the top ten of class 7A. Head coach Luther Tiggs says they’re just getting started.

They’ve put in a lot of hard work in the offseason trying to get stronger physically.

That hard work has definitely paid off as Bob Jones sits at number 9 in Class 7A.

The last couple of years we haven’t been competitive I feel like, but Coach Tiggs did a good job and I think we’re doing a lot better now than before.

Head Coach Luther Tiggs is in his fifth year with the Patriots. He says being able to work with these players from the time they were freshman has played a key role in their success this year.

We’ve got a core group of young men of seniors that have been with me for four years so they kind of know our system in and out and they understand our culture the dynamics the logistics of of what we’re doing so we’ve been excited about the fact that that they have been able to have some success early on.

The Patriots are currently riding a 4 game win streak.. including their last game when they beat their rival James Clemens by almost 20 points.

We told ourselves that we were gonna blow them out we might play them again but we thought it’s our last JC game we have to compete have that same mindset.

There’s three things we need to do to win we have to rebound we cant have live ball turnovers and then we have to be efficient on offense. i think if we do those things we have a chance to win.