Alabama A&M quarterback is the newest recipient of the Deacon Jones Trophy. The trophy is awarded to the top Black College Football player by the BCFHOF. 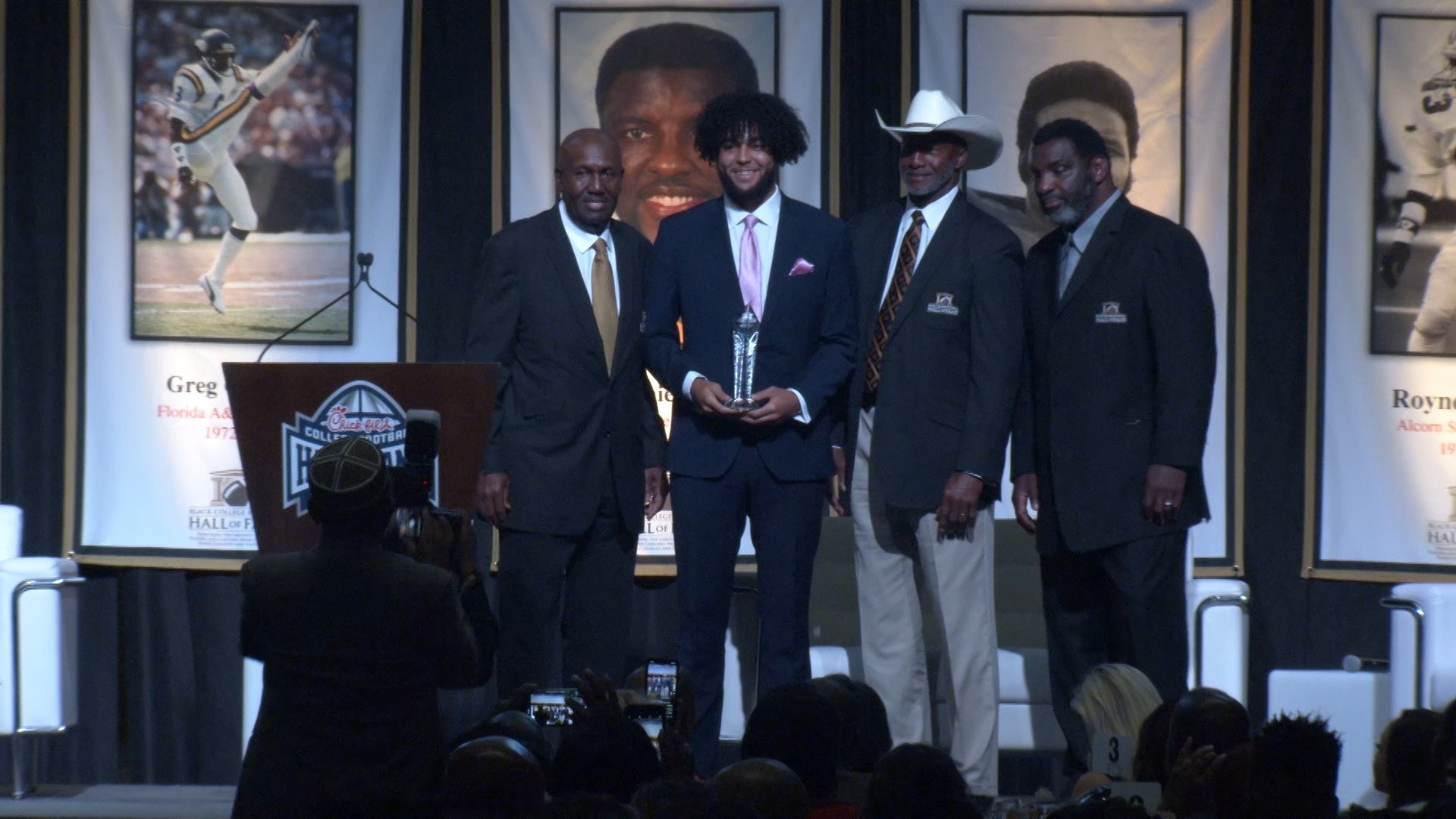 "Aqeel had an amazing season," said Harris. "He showed his character as a leader navigating his team through an unprecedented season and finishing undefeated".

It would be a season for the ages for Glass and A&M as they won their first SWAC Championship in 15 years (2006), went undefeated for the first time in 53 years (1966) and claimed the first Historically Black College and Universities (HBCU) National Championship in program history.

All three of those came to fruition in the program's thrilling 40-33 victory over No. 25 Arkansas-Pine Bluff (5/1) in the Spring 2021 SWAC Title Game, a contest that would see Glass go 24-for-45 for 271 yards and three touchdowns.

On the season he threw for 1,355 yards on 91-of-158 passing, connected for 16 touchdowns for an average of four per game and averaged 338.8 yards through the air. It also included a Division I Era record-setting performance on a world-wide stage on ESPN when he threw for 440 yards and six touchdowns in a 52-43 victory at Jackson State (4/10) following a 35-day layoff.

Both were records since the program went DI at the turn of the century and he added a rushing touchdown for good measure to make it seven on the day. The 52 points marked the most against a Division I opponent since 2008 and just the ninth time the program had reached the 50-point plateau since moving from DII.

I would like to thank God and everyone at the @BCFHOF for an amazing event & experience https://t.co/ZDxuX4cCzo

It would be performances like those that earned him not only the Deacon Jones Trophy but a host of other prominent accolades. Those would include the BOXTOROW National Player of the Year and SWAC Player of the Year, both firsts in program history, as well as being named a Walter Payton Award Finalist.

"It is a blessing beyond belief to be recognized tonight by the Black College Football Hall of Fame and I would like to thank them for this honor," said Glass. "It's particularly special when you consider the great players that I was privileged to meet and interact with as part of an incredible evening."

Alabama A&M and Glass will seek to defend their HBCU National Championship and SWAC Championship this fall with a traditional schedule that will kick off at Louis Crews Stadium on September 4 against South Carolina State.