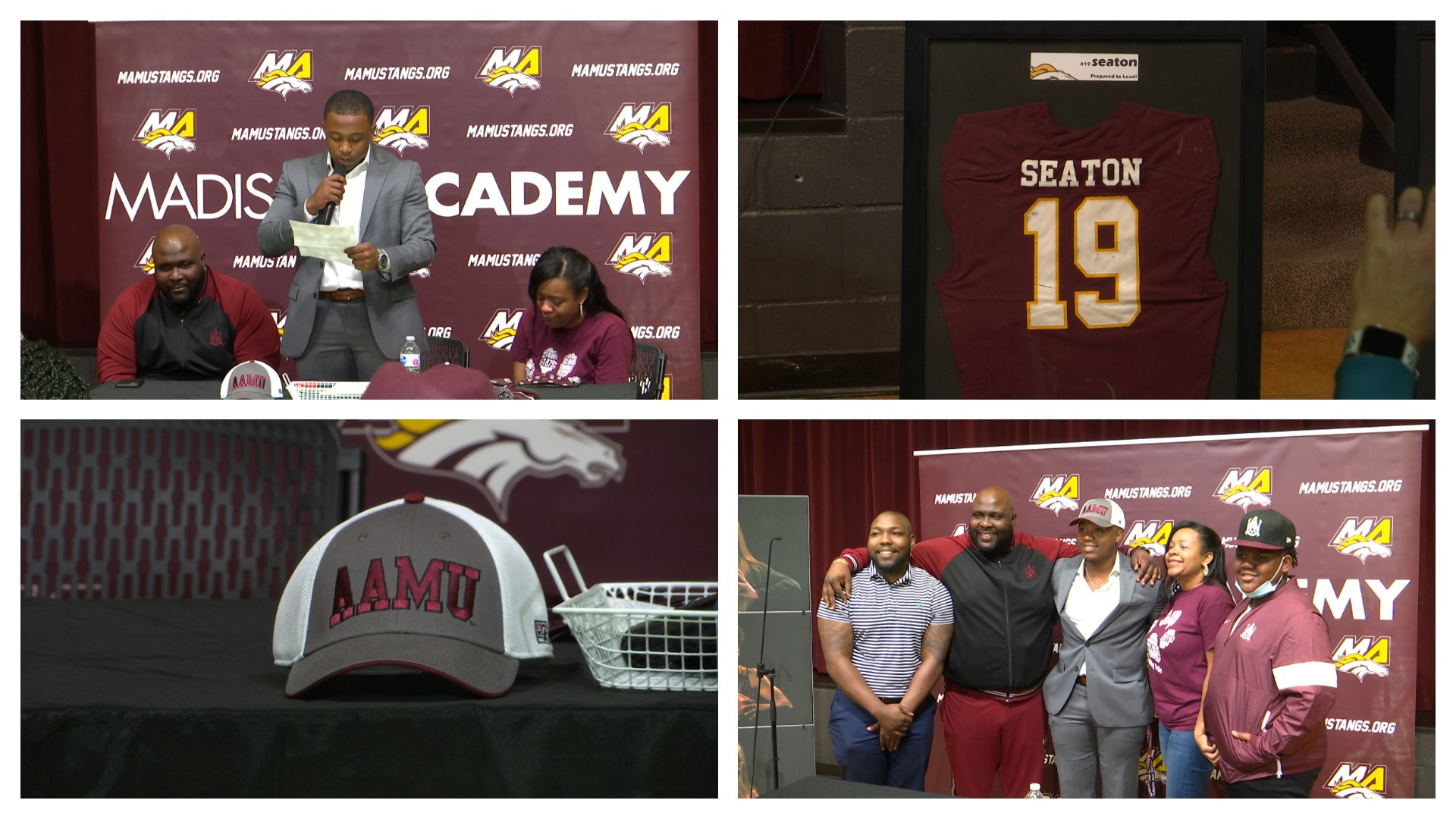 Now Seaton is set to carry on the family legacy of being a Bulldog while rocking the maroon and white.

Today, a special signing ceremony was held on the campus of Madison Academy. Seaton signing a duel scholarship with the Bulldogs Baseball and Football teams. He chose A&M over Jackson State, Southern and UAH.

During the ceremony, Avery, who's a multi time all state baseball and football player for the Mustangs, along with his parents all had emotional moments as they reflected the journey. But at the end, there were tears of joy as the all state football and baseball players signed his national letter of intent to be a another family member who attended Alabama A&M.

I am very blessed to announce that I will be furthering my baseball career at Alabama A&M University! Thanks to @Coachejones1 and @AlabamaAM_Bsb for this opportunity! #GoBulldogs pic.twitter.com/Y7ZUshhvZO

The former First Down Friday Night Player of the Week explained what Bulldogs fans will see from this two sport standout.

Avery will join the Bulldogs this summer.