Buckhorn senior offensive lineman Austin Henderson's leadership on & off the field made him a prime choice to be our next B2EDi Off. Walter Jones Lineman of the Week 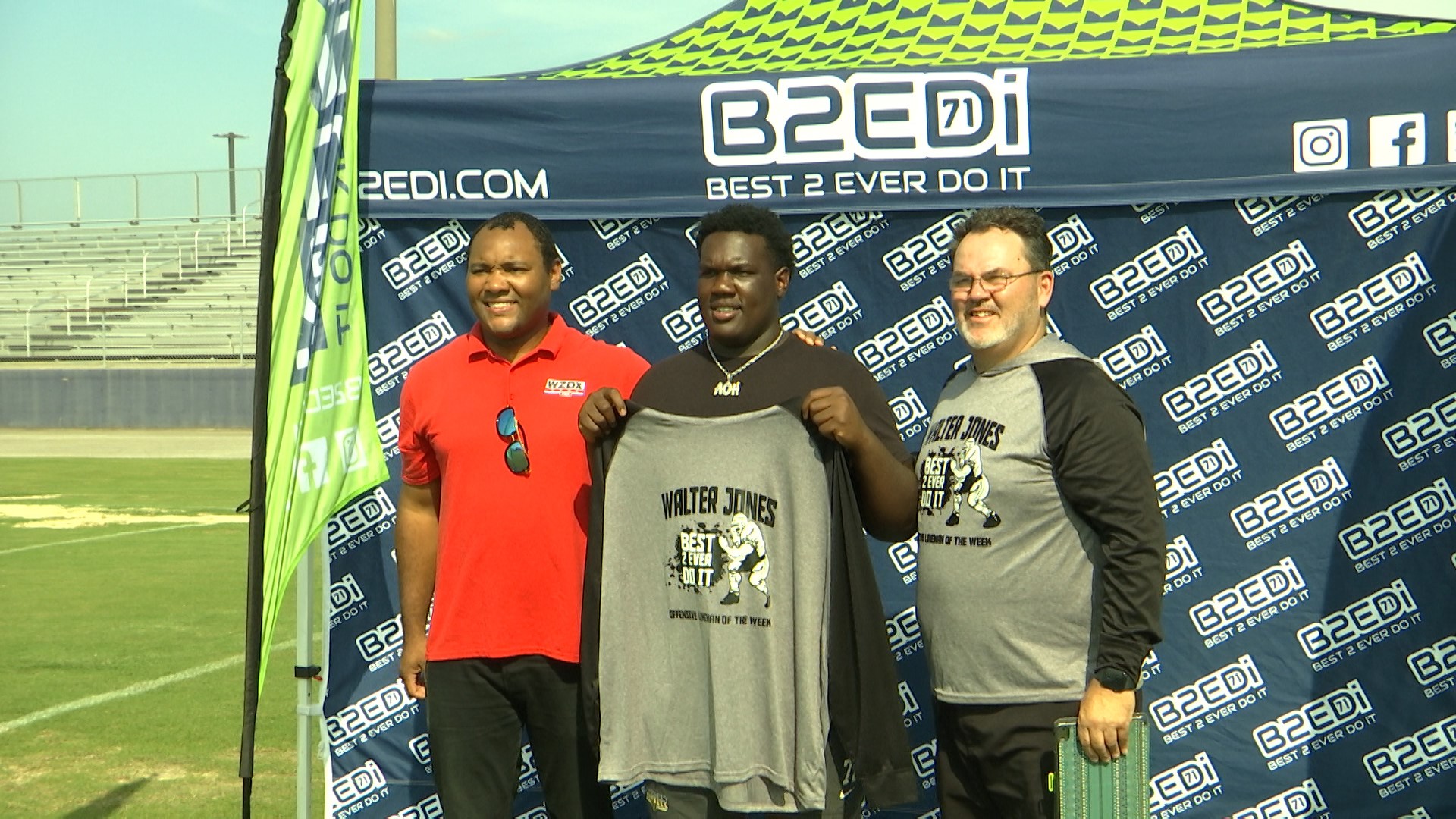 NEW MARKET, Ala. — When it comes to opening holes for the running backs or protecting the quarterback from the opposing defense, one of the best units for the job is the offensive front at Buckhorn High School. The leader of that unit is Austin Henderson.

"Austin and the other guys up front, they do a lot of good work," says Coach Matt Patterson. "They work together, and Austin communicates with all of them. He gets them right and coaches them up. He's a leader on and off the field. He's a big cog of our offensive line."

Standing at 6-foot-1 and weighing nearly 300 pounds, Austin Henderson is a guy who makes a huge difference in the Buckhorn offense. When the offense finds success on the ground or through the air, Austin is always glad to see the positive results.

"When a big run breaks or the QB throws it for a deep one, it makes us feel really good," says Austin Henderson.

"You can see on my tape that I'll do a little celebration when I see my running back running."

The combination of Henderson's hard work on the field along with his work among with the youth of Hopewell Missisionary Baptist Church made him a worthy candidate for the Walter Jones Best 2 Ever Do It Offensive Lineman of the Week.

"He has really brought into our mantra that attitude is everything," says Coach Patterson. "He does a great job of that everyday. A lot of kids off of his energy and juice everyday at practice and on Friday nights."

Not only did Henderson receive gear from the B2EDi franchise, but he also had a chance with the man behind the brand: Pro Football Hall of Famer Walter Jones. He had a special message for Mr. Henderson.

Congratulations Austin on being named this week's Walter Jones B2EDi Offensive Lineman of the Week. Continue to stay with WZDX Sports to see who we choose next.