Auburn, Ala. (AU Athletics)—Andy Burcham, who has been part of Auburn radio broadcasts for the previous 31 years in various capacities, has been named the lead ... 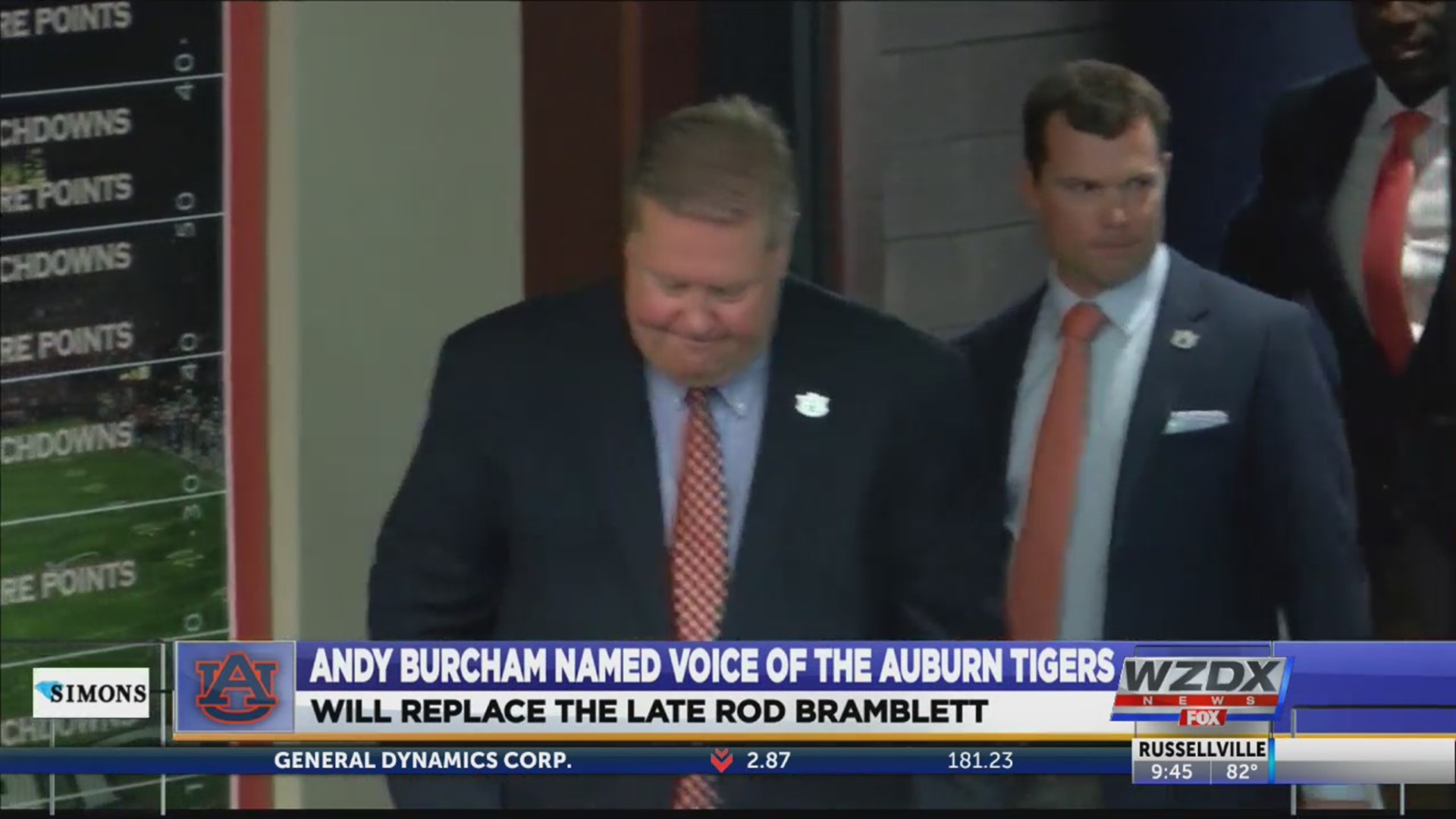 Auburn, Ala. (AU Athletics)—Andy Burcham, who has been part of Auburn radio broadcasts for the previous 31 years in various capacities, has been named the lead announcer for Auburn football, men’s basketball and baseball, Auburn Sports Properties and Auburn Athletics announced Monday.

Burcham assumes the responsibilities previously held by Rod Bramblett, who passed away along with his wife, Paula, on May 25 in an automobile accident.

Burcham worked alongside Bramblett for the previous 25 years broadcasting Auburn baseball and served as the play-by-play voice for Auburn women’s basketball since 1988. No stranger to Auburn football, Burcham has been the pre and postgame locker room host for Tiger football since 1990 and was the play-by-play announcer on Auburn football pay-per-view and tape-delay broadcasts from 1992-2013.

“I’m thrilled to be selected as the Voice of the Auburn Tigers,” Burcham said. “While it’s a bittersweet time and I wish the circumstances creating this opportunity were different, I am honored to be following in the footsteps of such legends as Rod Bramblett, Jim Fyffe, and others.  With this job, you’re not just the voice of Auburn football, men’s basketball and baseball. You’re also the voice of Auburn. You represent Auburn every day, and I will never forget that. I have been in this community and broadcasting Auburn games for 31 years. I understand and love Auburn and its tradition. I can’t wait to be a part of it moving forward.”

A versatile broadcaster, Burcham has done radio and SEC Network+ broadcasts for Auburn soccer since 2001, SEC Network+ broadcasts for Auburn baseball the last five years and locally hosted Auburn Opelika This Morning for 12 years while serving as station manager at WANI.  A recipient of 15 Alabama Broadcaster Association awards, Burcham began his career in the Auburn-Opelika area as news and sports director for Fuller Broadcasting and Tiger Communications.

“During the very difficult process of replacing Rod, it was very clear that Andy Burcham was the right man to be the new Voice of the Auburn Tigers,” Auburn Sports Properties vice president and general manager Chris Davis said “He is well respected not only in his profession, but by his coworkers, Auburn Athletics coaches and administration, and in the community. He understands the importance of this role. Andy is a consummate professional who puts great preparation, execution and passion into his work. Most importantly, Andy is a man of great character who loves and cares deeply for Auburn and what it represents. We’re very excited for Andy and can’t wait for the Auburn Family to embrace him in his new role.”

“Simply put, Andy is unquestionably the right man for the job,” Auburn director of athletics Allen Greene said. “His experience as a broadcaster is extensive and his affinity for Auburn is unrivaled. Having been part of the Auburn Family for over three decades, Andy understands what sets Auburn apart and understands the passion of our loyal fan base. He deeply respects those who have come before him and will assume this role with a great deal of humility. Andy is a true Auburn Man.”

Burcham’s four-decade run in the profession started at Indiana State as an undergraduate student calling Sycamore football, men’s and women’s basketball and baseball for student radio station WISU. He also called games at Illinois State and Southern Illinois before coming to Auburn in 1988.

A native of Nashville, Ill., Burcham graduated from Indiana State University in 1983 with a degree in radio, television and film. Burcham is married to Dr. Jan Gunnels Burcham, a 1984 and 1992 Auburn University graduate, who is the Moselle Fletcher Endowed Chair and Associate Dean for the College of Education and Health Profession at Columbus State University.