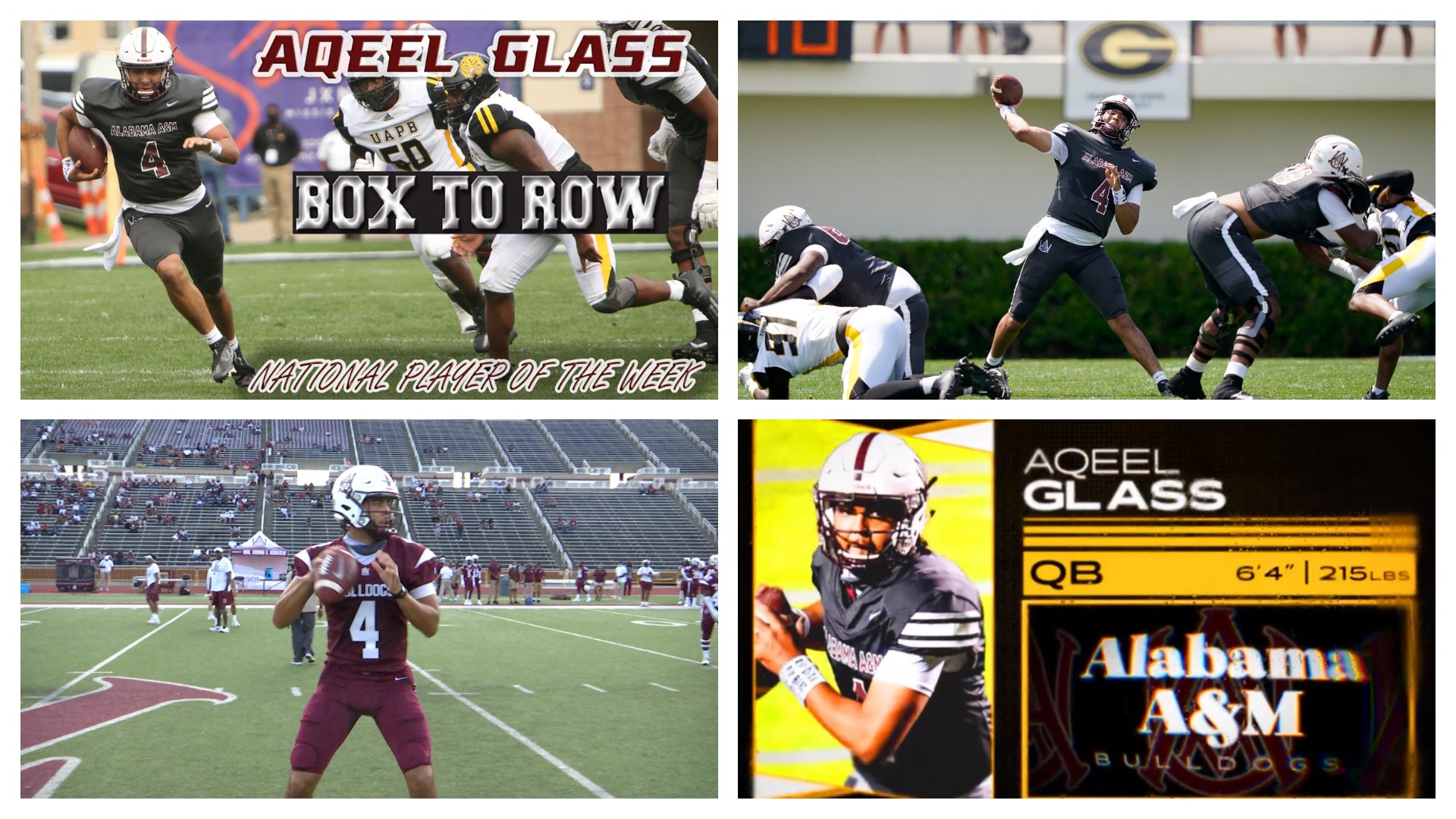 That follows an impressive 42-41 season opening victory over South Carolina State in the Bulldogs' return to Louis Crews Stadium for the first time in 651 days. In that one he lit it up for 426 yards and five touchdowns – four through the air and the last coming on the ground for the eventual game winning score.

It marks the third time that he has been so honored by BOXTOROW, following his first in 2018 after that year's Magic City Classic victory and on April 12 of this year after a record-setting performance at Jackson State on national television.

Alabama A&M and Glass will make the hop to the Eastern Time Zone to play Southwestern Athletic Conference (SWAC) newcomer Bethune-Cookman. Kickoff for that game is slated for 6:30 p.m. (CST) and will air live on ESPNU as the teams meet for the first time in 40-plus years.