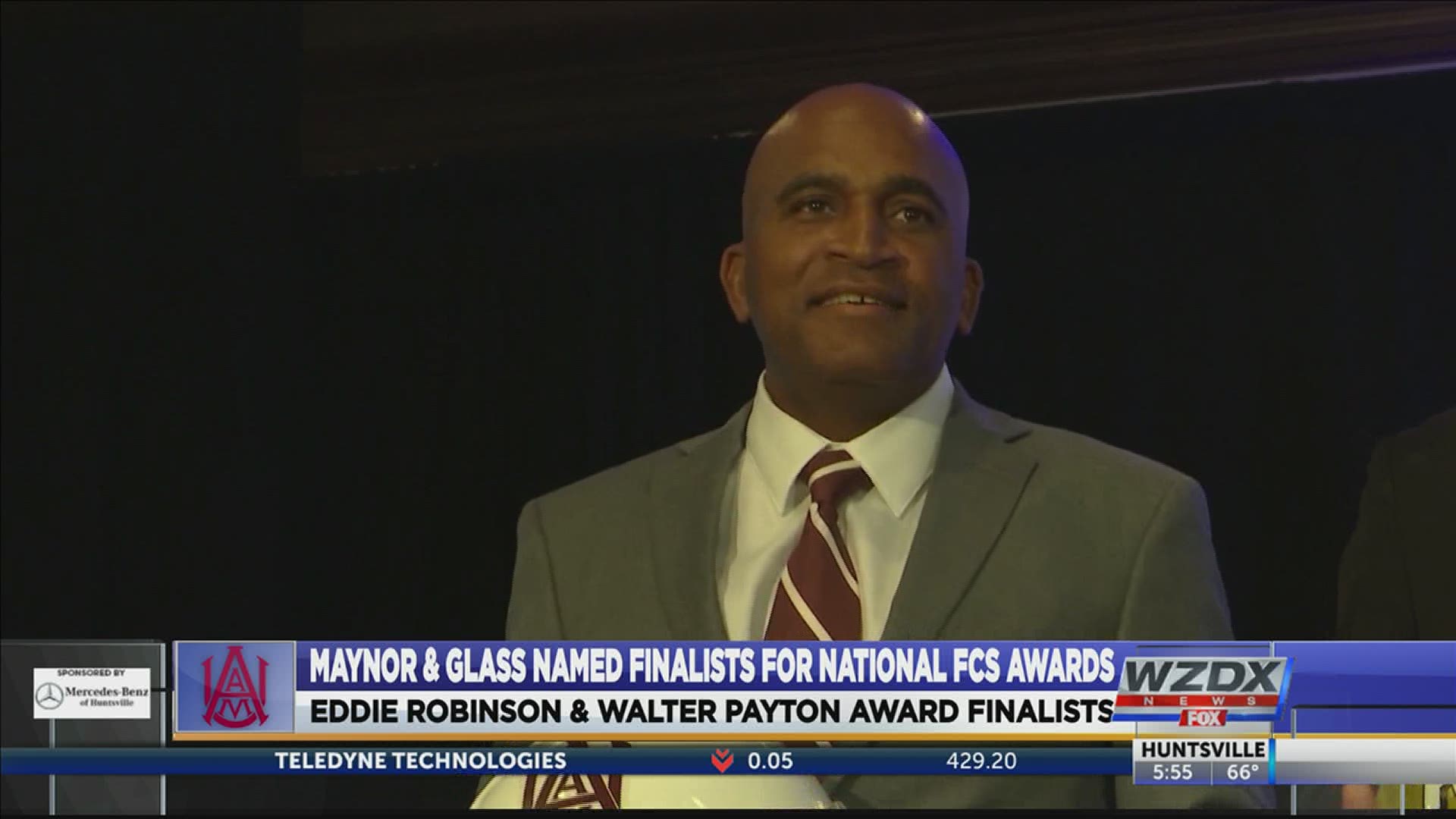 CHICAGO — Behind the force of an undefeated regular season, a Southwestern Athletic Conference (SWAC) East Division title, berth in the league championship game and one of the most prolific offenses in the country, No. 25 Alabama A&M head coach Connell Maynor and senior quarterback Aqeel Glass (St. Louis, Mo.) have each been named among 16 finalists for the Eddie Robinson and Walter Payton Awards, respectively, as announced by Stats Perform FCS on Monday, April 19.

Representing the National Player and Coach of the Year, these awards are among the most prestigious at this level of college football, as is indicated by the legends they are named for.

This year Glass and Maynor have led the Bulldogs to a perfect 4-0 overall record and 3-0 league mark, the latter pitting them against Arkansas-Pine Bluff in the SWAC Championship as the East Division Champions. It is the first time since 2011 that the program has reached those lofty heights. They are currently just one of nine I-AA teams in the country that are undefeated.

On the year Glass is 67-of-113 for a .593 completion percentage and has thrown for 1,084 yards, 13 touchdowns and just three interceptions – the latter all in the first quarter of his first game in 468 days. Perhaps most impressive is his performance following the 35-day layoff when he went 27-of-40 with no interceptions at JSU, setting Division I Era program records with 440 yards passing and six touchdowns while adding a seventh on the ground.

He has already been named Stats Perform FCS and BOXTOROW National Player of the Week and SWAC Player of the Week, each following that performance, and has been key to Alabama A&M producing team marks not seen in more than a decade.

Against Jackson State the offense accomplished something only done nine times since the program moved to Division I in 1998 and that is score at least 50 points. The DI Era program record is 63 in a 63-20 victory over Division II Central State on September 28, 2019 but the Bulldogs' 52 points against JSU were the most against a Division I opponent since hanging 58 (58-23) on Mississippi Valley State on November 21, 2008.

Stats Perform is pleased to announce the finalists for the 34th annual Walter Payton Award, which honors the FCS offensive player of the year.https://t.co/IOQ9rNx5zu pic.twitter.com/qts9NRUfjW

As a unit, Maynor's squad has lit up the offensive marks in the NCAA National Stats, with 10 of their 11 Top-10 entries coming on that side of the ball.

A 40-member national media panel will select the winners from the list of 16 finalists for each award below. The Eddie Robinson Award will be announced on May 4 with the Walter Payton Award coming on May 15.

Glass is the only SWAC player listed among those nominees while Maynor is joined by UAPB interim head coach Doc Roberts.

Maynor, Glass and the Bulldogs wrap up the regular season on Saturday, April 24 when they travel to Mississippi Valley State. Kickoff is slated for 3 p.m. in Itta Bena, Mississippi.