Alabama A&M is the favorite to win SWAC East; Aqeel Glass named Preseason Off. Player of the Year

After winning the SWAC's spring football championship, Connell Maynor and the AAMU were selected to repeat as champs of the East Division. 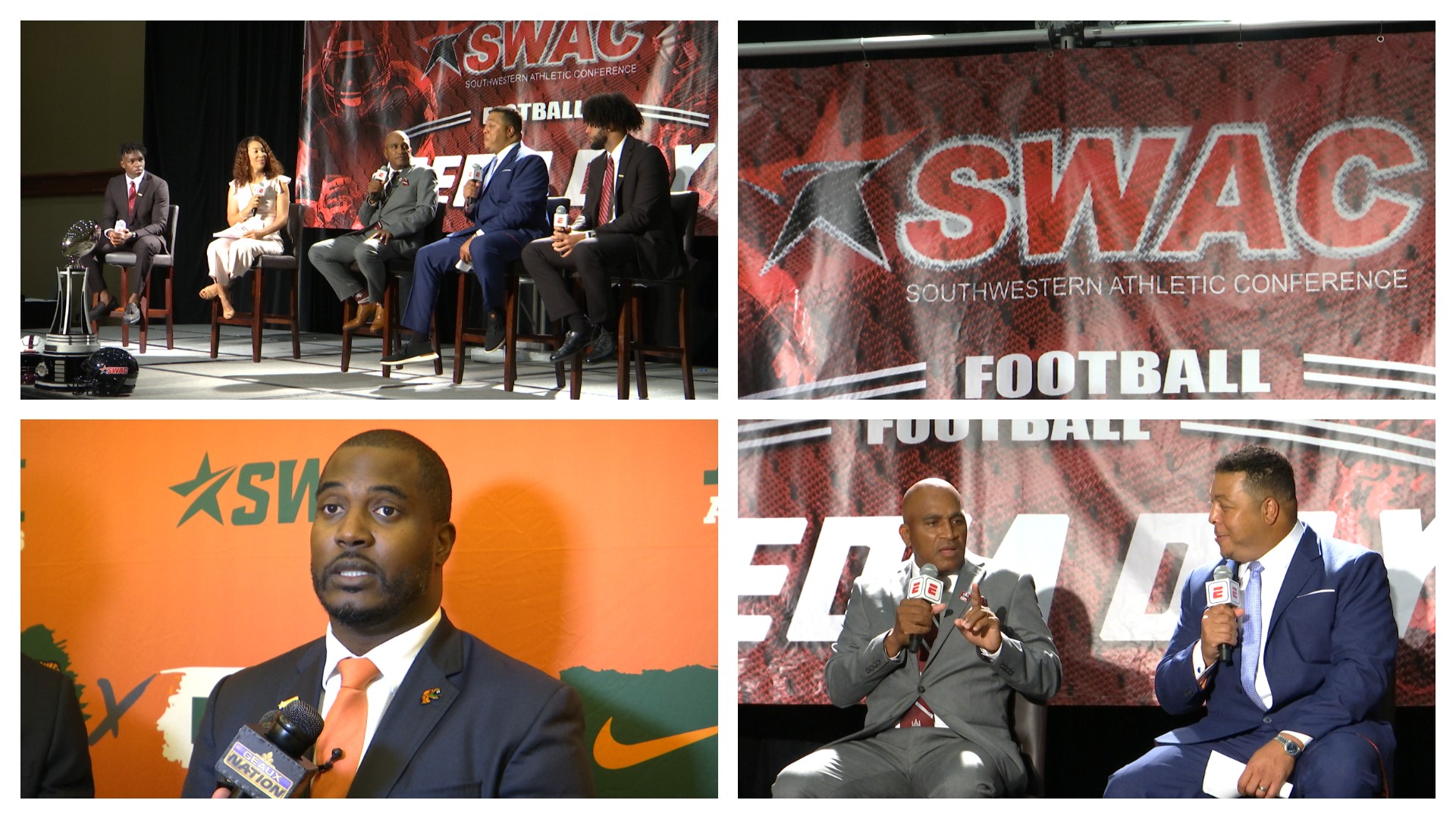 BIRMINGHAM, Ala. — The Southwestern Athletic Conference announced its 2021 Preseason All-SWAC Football selections and Predicted Order of Finish on Tuesday during the league’s media day. The preseason all-conference teams, individual award winners, and predicted order of finish were voted on by the league’s head coaches and sports information directors.

Alabama A&M’s Glass rewrote the record books this past season as he went 67-of-113 for 1,084 yards passing and 13 touchdowns during the regular season. One of 16 finalists for the prestigious Walter Payton Award as the national's top FCS player, Glass was also twice named Southwestern Athletic Conference (SWAC) Player of the Week.

He would also add National Player of the Week honors from Stats Perform FCS and BOXTOROW. In large part due to his performance, the Bulldogs delivered the first undefeated regular season for the program since 1966, won the SWAC East Division for the first time since 2011, while also winning the league championship game with a 40-33 win over UAPB.

Southern’s Lewis proved to be a matchup nightmare for opposing offensive lines this past season with his quickness off the end leading the SWAC in sacks with 10.5 for 73 yards and tackles for loss with 15.0 for 82 yards.

Alcorn State (128) was picked to finish in first place in what will be the Braves debut season in the SWAC Western Division. Southern (108) was projected to finish in second place followed by Grambling State (85), Prairie View A&M (78), Arkansas-Pine Bluff (68) and Texas Southern (37).

A complete listing of the preseason all-conference teams, individual award winners, and predicted order of finish is listed below.