On Saturday, the Bulldogs received their rings under the lights at Louis Crews Stadium. 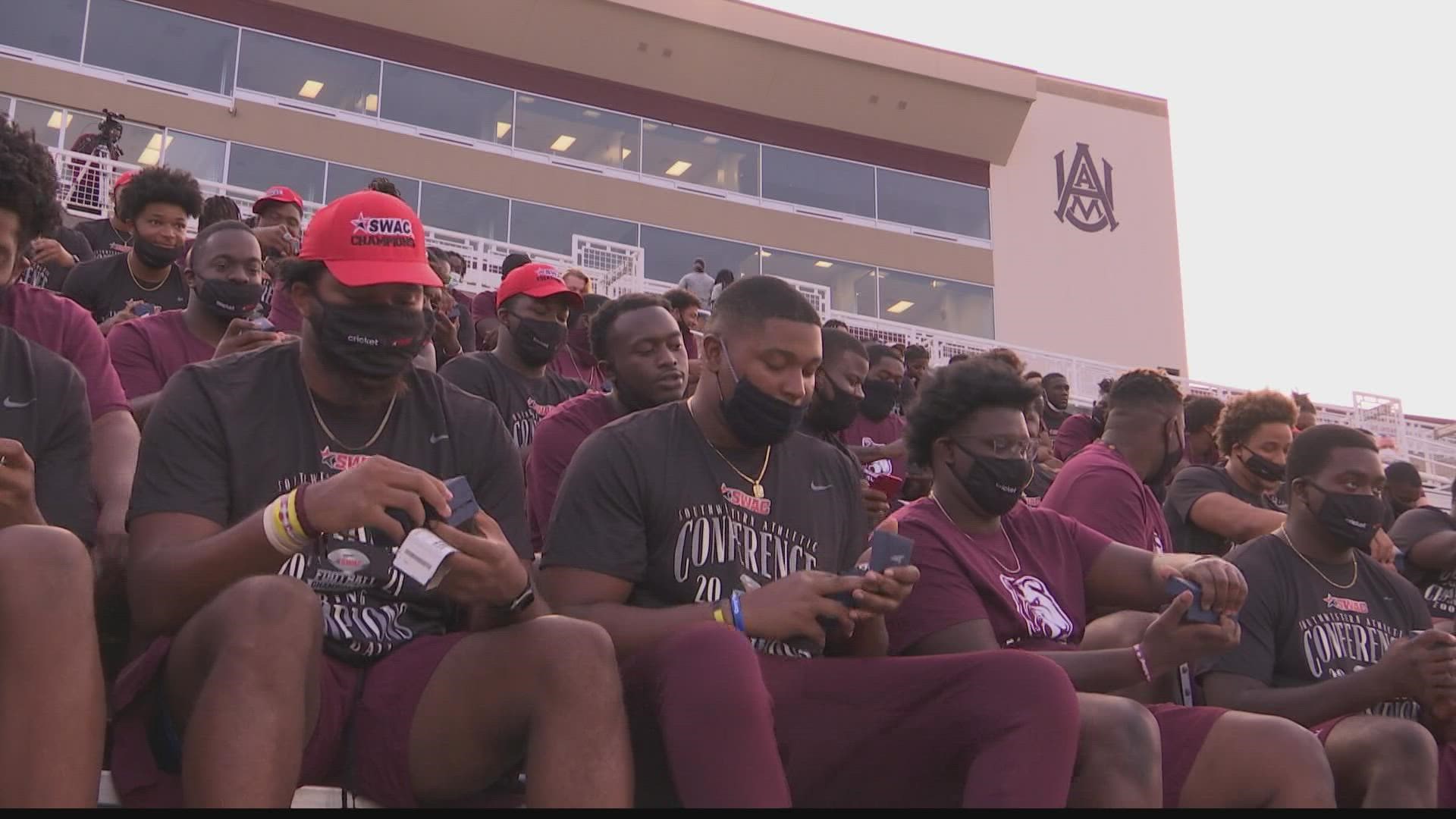 HUNTSVILLE, Ala. — Alabama A&M Athletics had a banner year in Spring 2021 and honored two of the teams that helped make it so special as football and men's tennis both received their Southwestern Athletic Conference (SWAC) championship rings under the lights at Louis Crews Stadium on Saturday, September 11.

Held virtually for fans with a live broadcast and socially distanced for student-athletes in the stands, both programs received rings representing their tremendous accomplishments. Men's tennis delivered the first Division I league championship and NCAA Tournament berth while football went undefeated for the first time in 53 seasons and won both the Historically Black College and University (HBCU) National Championship and SWAC Championship.

Men's tennis head coach Willis Mbandi, football head coach Connell Maynor and A&M Director of Athletics Bryan Hicks each addressed the assembled group of student-athletes on their accomplishments during the evening. Their championships would not be the only thing celebrated under the lights, however, as Alabama A&M also revealed a brand new Bulldog logo.