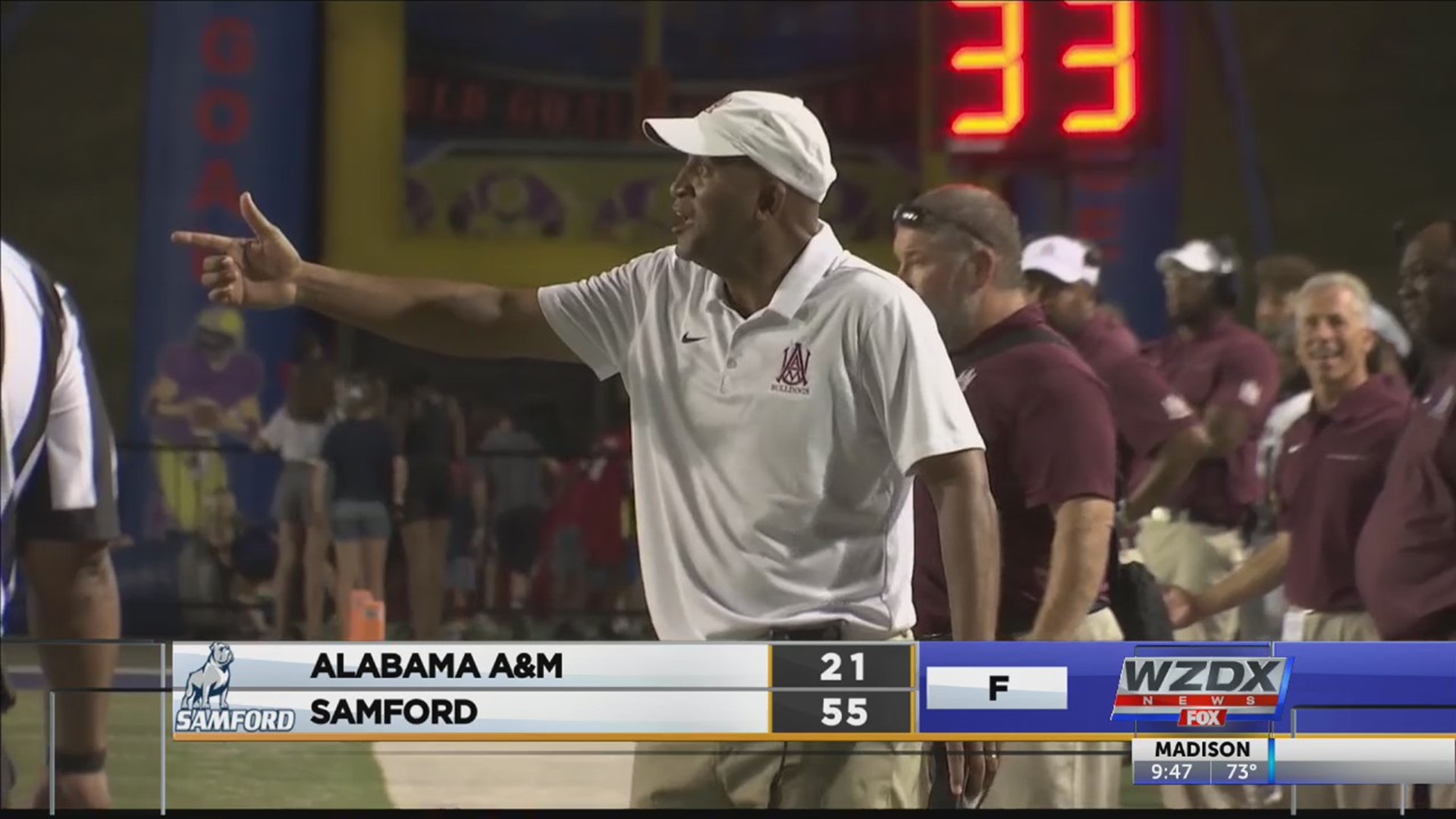 Samford trailed early following an AAMU (2-2) score that capitalized on an Oladokun interception but quickly recovered as Oladokun ran it in from six yards out for a 7-7 tie. Fineran booted a 34-yard field goal to give the Bulldogs their first lead, 10-7, with 3:39 left in the first quarter.

AAMU scored again early in the second quarter for the lead but later, Ty Henning picked off AAMU’s Aqeel Glass and returned it 95 yards for another Samford score. An Oladokun pass to Robert Adams gave the Bulldogs a 31-14 halftime lead.

Oladokun threw two touchdown passes in the second half, including an 82-yard strike to Montrell Washington late in the third quarter.

Glass had 186 yards and two scores passing for AAMU.