Coach Maynor received backlash after asking Coach Sanders for a scooter during Monday's SWAC media call. Sanders has been using a scooter due to foot surgery. 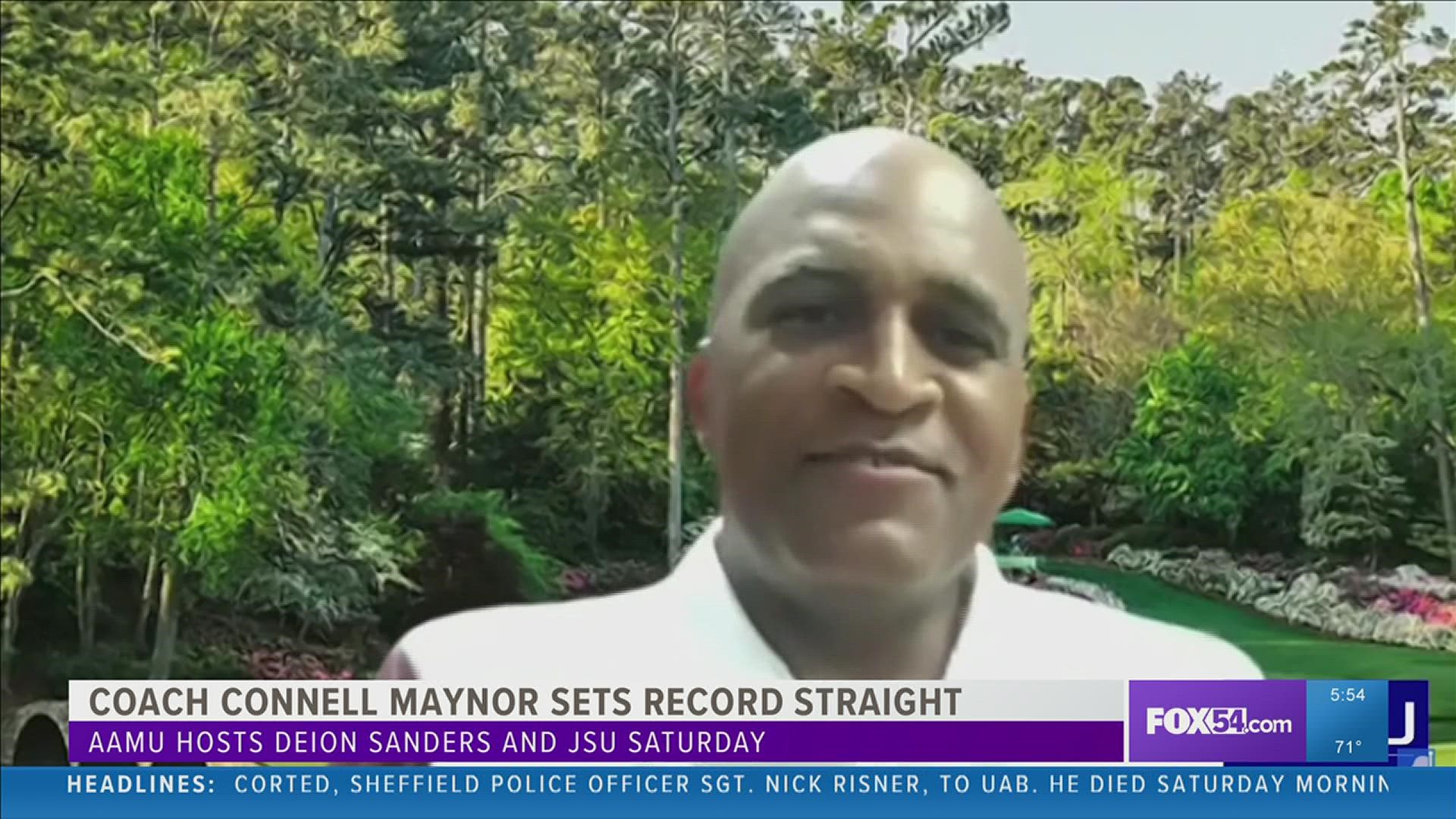 HUNTSVILLE, Ala. — The Alabama A&M Bulldogs are preparing for a prime matchup against SWAC rival Jackson State. All eyes are on this matchup as Tigers Head Coach Deion Sanders looks for revenge after being served the 52-43 loss by the Bulldogs during the spring.

Both Coach Sanders and Bulldogs Head Coach Connell Maynor are known for making slight jabs at one another and the two didn't disappoint on Monday's SWAC media call. Coach Maynor ended his availability by asking Sanders if he has an extra scooter for him. Sanders is recovering from foot surgery and has been using a scooter to get around. Although he didn't directly respond to Maynor, Coach Prime did say he's taking "the high road" by not reacting to the comment.

While everyone's actions were in jest, Coach Maynor has received some backlash for his comments and is now setting the record straight.

"I didn't talk about the man I just asked him one question, so read, reading is fundamental!" Coach Maynor said in response to his critics.

On Monday’s #SWAC call @AamufbR Coach Maynor jokingly asked @DeionSanders if he could be provided with a scooter at this weekends game & it didn’t go over well with some folks. Now Coach Maynor has a message for those who misinterpreted his comment🔽@FCSNationRadio1 @TheYardHBCU pic.twitter.com/x4I3v8ejXw

Maynor added that he was just trying to have some fun in light of his loss against Grambling State last weekend. Regardless of anyone's feelings, a game will be played on Saturday. Kickoff at Louis Crews is set for 2:00 p.m.