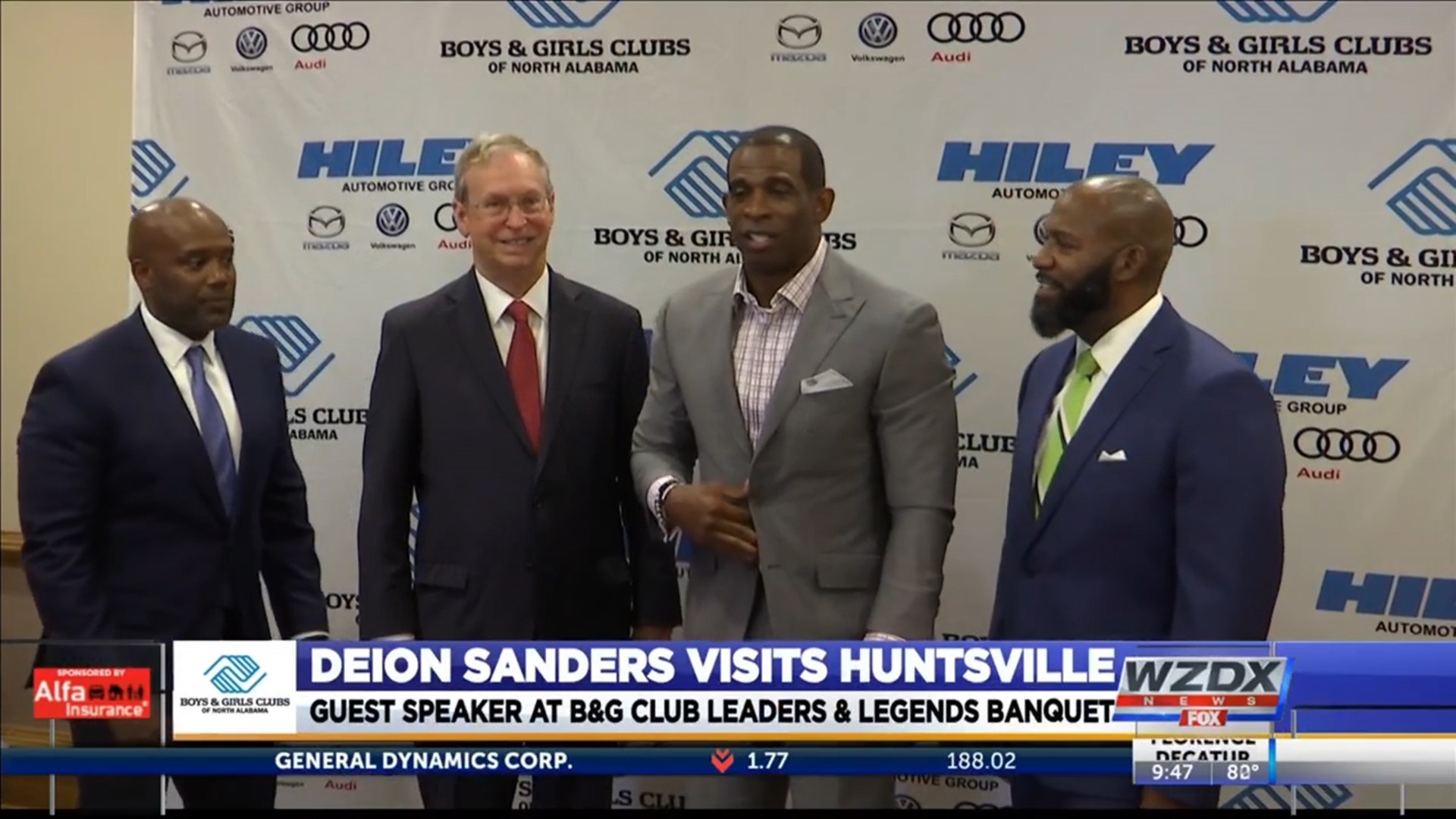 HUNTSVILLE, Ala — Every summer,  The Boys and Girls Club of North Alabama puts on a grand event that's commonly known as the "Leaders and Legends" Banquet. Through the years, Gene Stallings, Evander Holyfield and Charles Barley have been guest speakers. Well this year, the organization took things up a notch and went with Prime Time.

Pro Football Hall of Famer Deion Sanders was this year's special guest and keynote speaker. Sanders is the only athlete to play in both the Super Bowl and World Series.

Sanders says that he always values the opportunity to encourage today's younger generation and attending this event is really special to him because he's a product of the Boys and Girls Club.

"Often times the children don't get a chance to meet someone significant, says Sanders. "It's good to touch, feel and to hear them. and connect with them. I'm not so far removed from saying I can do that." There isn't anything special about me," says Sanders. "I worked my by but off and came from a single parent home. My father was a drug addict and alcoholic, but i made it. I didn't let those things distract me."

This year, Sanders has been making headlines for his role as the head football coach at Jackson State. Recently, he hosted a prospect camp that was attended by many and his list of recruits and signees has been superb.

Coach Sanders wouldn't comment about the camp or recruits, but he did recognize that he was in the city of Huntsville, where division foe and current SWAC and HBCU champ Alabama A&M resides. He shared his thoughts about getting JSU to a championship level like A&M.

"I can't wait to see what we can display at our first game. We have a while before we come here and play Alabama A&M," said Sanders.  "But they (Alabama A&M) are the model of the SWAC and HBCU Football. I'm happy and elated to get on the field with them."