The 2021 Spring Football SWAC Championship between Alabama A&M and Arkansas-Pine Bluff will be played in Jackson, Mississippi. 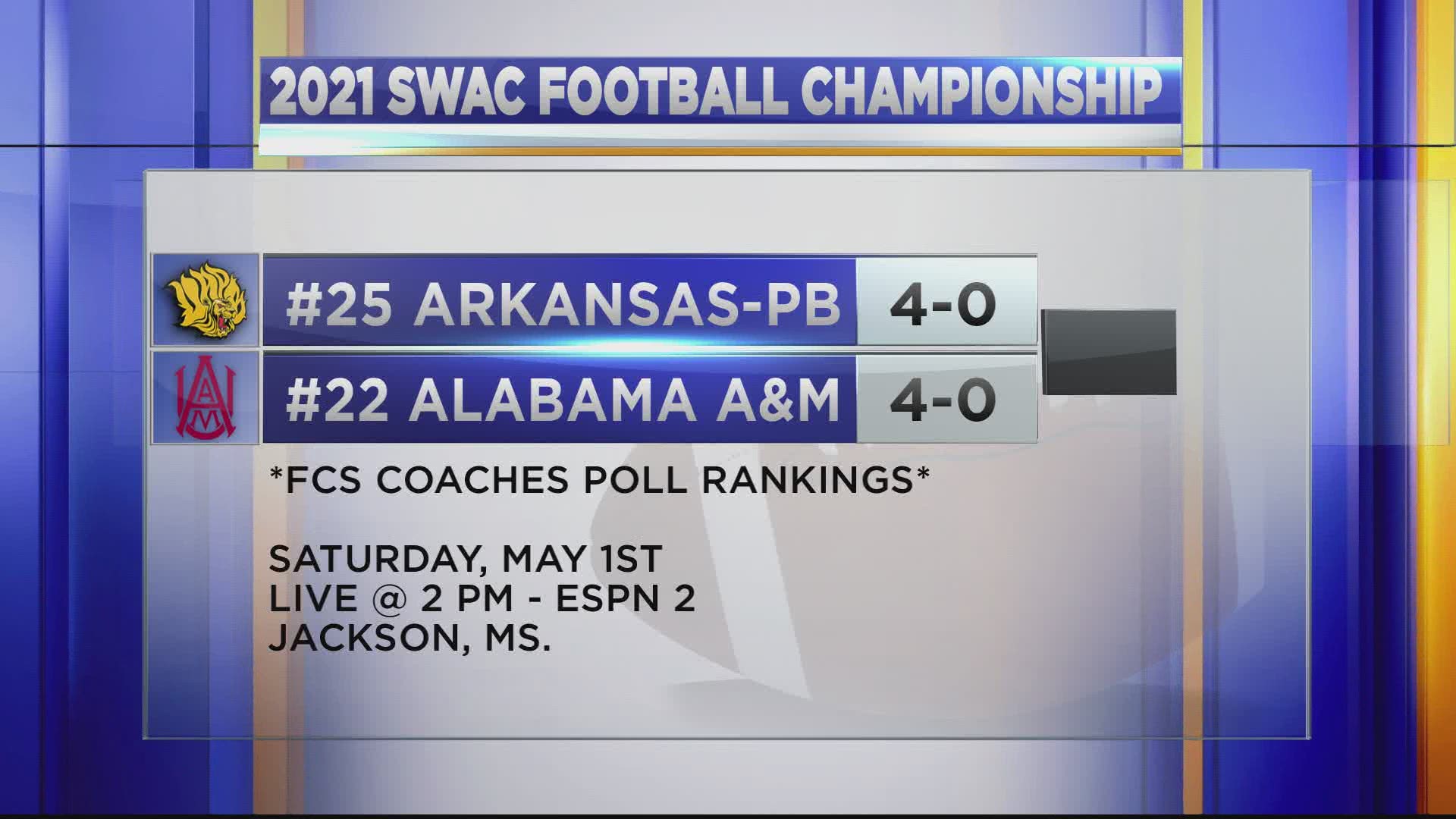 BIRMINGHAM, Alabama — The Southwestern Athletic Conference (SWAC) has announced that the upcoming 2021 Cricket Wireless SWAC Football Championship presented by Pepsi Zero Sugar initially scheduled to be played on the campus of the highest ranked team at the conclusion of regular season play has been relocated.

The title game is now slated to be held at Mississippi Veterans Memorial Stadium located in Jackson, Miss.

“The canceled games would have ultimately assisted the Conference Office in determining a host institution for the championship game using our existing hosting tiebreaker policy. Without having the ability to thoroughly evaluate both teams using that policy we felt the only fair and equitable decision that could be made was to move the game to a neutral site location,” said McClelland.

“The City of Jackson is thrilled to serve as host for the SWAC Championship game and grateful for the opportunity to present Jackson to all of our visitors and friends,” said Mayor Chokwe Antar Lumumba.

“The atmosphere surrounding football in Jackson offers a great sense of place and pride in our community and this event will provide a welcomed economic boost as part of Jackson’s 52 week tourism strategy.”

The championship game is scheduled to be played on Saturday, May 1 at 2:00 pm CST and will be broadcast live on ESPN2 and available live and on demand on the WatchESPN App.

About the SWAC
The Southwestern Athletic Conference (SWAC) is considered one of the premier HBCU conferences in the country and currently ranks among the elite in the nation in terms of HBCU alumni playing with professional sports teams.