On Thursday, five Tenn. Valley area high school soccer teams had an opportunity to advance to the finals of the AHSAA State Soccer Championship at John Hunt Park 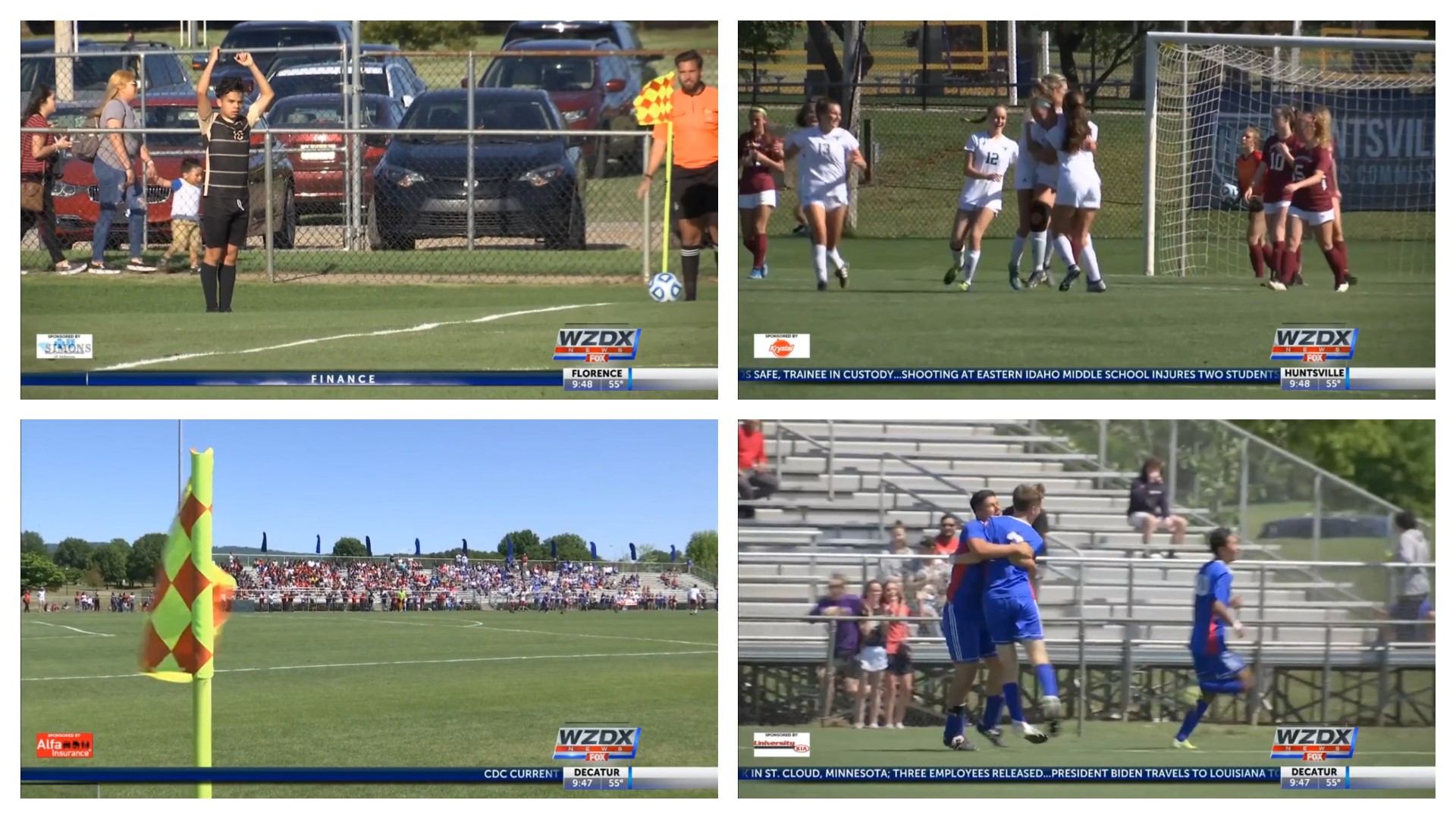 HUNTSVILLE, Ala. — On Thursday, five Tennessee Valley area high school soccer teams had an opportunity to advance to the finals of the AHSAA State Soccer Championship at John Hunt Park.

Turley scored her first goal on a perfect crossing pass from Christopher and added the second with about 26 minutes to go. Just four minutes later, she faked past a defender and completed her hat trick. Donoho goalkeepers Maggie Wakefield and Callie Taylor combined for the shutout.

The Falcons (21-0-1) advance into the championship round for the first time in school history. Whitesburg Christian (12-5-0), a private school in Huntsville coached by Julia Houser, was also trying to win its first state soccer championship. Goalkeeper Lillie Harmon made several acrobatic saves against Donoho’s relentless attack before Turley’s second-half goal barrage.

Mars Hill wins it! A goal with 3:30 left in the 2nd OT Half ends it as Mars Hill moves on to play @baysideacademy in tomorrow’s 1A-3A Boys State Championship game

Collinsville (15-5-1) was trying to win its first state championship since 2014 and become just the second public school team since 1993 to win a boys’ state soccer title in the AHSAA’s smallest classification.

Panthers’ leader Roberto Diaz opened the scoring with 5:03 to go in the first half, leaping high and heading in a corner kick for a 1-0 lead. Mars Hill goalkeeper Lan Whiteside made several diving saves in the second half to prevent Collinsville from adding to its lead, and the teammate Caleb Conner scored the equalizer with 7:20 to go in regulation.
Neither team scored in the first five-minute overtime, although Collinsville goalkeeper Jonathan Ocelot made a save just before the horn.
Kim’s goal less than two minutes into the second overtime ended the game.

The Falcons (17-4) completed the shutout and earned a 2-0 victory over Guntersville (14-6) on Thursday at John Hunt Park in Huntsville.
St. John Paul advances to Friday’s championship game, set for 5 p.m., against Montgomery Academy (19-0-1), which defeated John Carroll 5-0 in the other semifinal.

St. John Paul II has never won an AHSAA girls soccer state title, while Montgomery Academy won the 1A-3A title in 2017 and 2018 and took home the 4A-5A championship in 2019 before last year’s spring sports championships were cancelled because of the COVID-19 pandemic.
All AHSAA state soccer finals will be livestreamed over the subscriber-based NFHS Network.

Russellville 3, Crossville 2 (OT)
Russellville High School’s boys’ soccer team had to work overtime to stay undefeated. Juan Cano uncorked a shot from near midfield, and it skipped past Crossville goalkeeper Ernesto Lopez with 30 seconds to go in overtime to lift the Golden Tigers (19-0-0) to a 3-2 victory over Crossville (15-4-0) in the Class 4A-5A semifinals at John Hunt Park to close out the first day of action at the 30th AHSAA State Soccer Championships Thursday night.

The teams played their semifinal to a 2-2 tie in regulation. However, a storm blew through the park in the final minute and sent players and fans scurrying for cover with 11 seconds to go and the match still tied. After the 30-minute weather delay, the teams returned to a water-logged field and played in the rain, finished the final 11 seconds and then began play in the overtime period.

The wet field caused some odd bounces of the ball, but none more spectacular than the big bounce that sent Cano’s game-winner into the net.
Russellville advances to Friday’s championship game at 5 p.m., at John Hunt Park, against Indian Springs (23-2-12), which earned a 2-0 victory over Montgomery Academy in Thursday’s other semifinal. Russellville has never won an AHSAA boys soccer state title.

The teams traded goals in the first half, as Crossville’s Antonio Gallardo open the scoring with a header off a perfect corner kick by teammate Kevin Rios with 20:29 to go in the first half. Russellville answered with Orlando Jimenez’s left-footed goal with 12:50 remaining before halftime.
Crossville’s Manuel Rios Quintino scored with 7:07 to go before halftime to give the Lions a 2-1 lead at intermission. Russellville’s Jonathan Salgado scored with 12:48 remaining to knot the game at 2-all.

Russellville wins it in Overtime! Russellville advances to the State Championship Game with a 3-2 win over Crossville

⚽️Golden Tiger Soccer comes away with with W after a weather delay and overtime!!!

🥅We will play for the state championship tomorrow night at 7PM at John Hunt Park in Huntsville!! pic.twitter.com/STwI7bwwUG