Guntersville will face Handley and Bob Jones will take on Dothan on back to back nights at this year's AHSAA Champions Challenge. 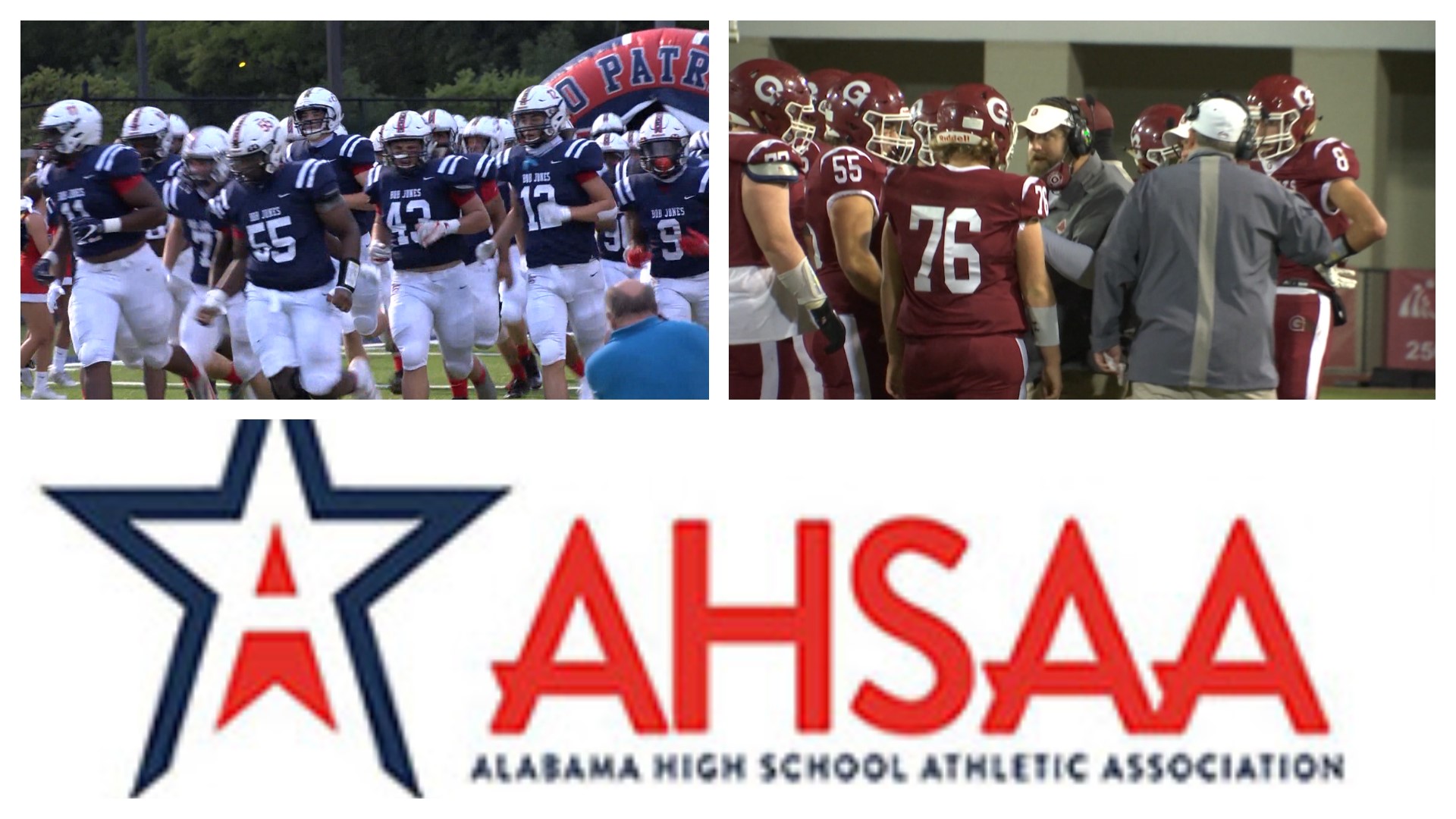 MONTGOMERY, Ala — Defending Class 4A state champion Handley High School will be riding a five-game winning streak heading into the AHSAA’s season-opening 2021 Kickoff Classic clash versus Guntersville High School at Cramton Bowl on Thursday, August 19. Class 7A Dothan and Bob Jones square off in game two of the Kickoff Classic the following night, Friday, Aug. 20.

Both games will kick off at 7 p.m. and will be televised live by the AHSAA TV Network and live-streamed over the NFHS Network with AHSAA partner WOTM TV producing both contests under the guidance of executive producer Vince Earley. Both games will also be broadcast live over the AHSAA Radio Network.
Brandon Dean, Director of the Alabama High School Athletic Directors & Coaches Association (AHSADCA) said there will be much excitement centered on these two football games, which are set to officially open the 2021 season.
“We are grateful to these strong programs for committing to this year’s AHSAA Kickoff Classic,” said Dean. “Each of these communities have very strong traditions. We look forward to seeing these two games kick off our season and look forward to watching all of our teams in the AHSAA compete this fall as we prepare to return to normal.

“We also thank City of Montgomery and Mayor Steven Reed for hosting this annual event. In addition, we are appreciative of WOTM, the NFHS Network, and the AHSAA Radio Network for giving us a platform to showcase our student-athletes to the rest of the state and nation.”

Handley, which is coming off a 12-1 season and a 35-20 win over Gordo in the Class 4A state championship game last December, is led by senior running back Tae Meadows, who ran for 2,183 yards and 33 touchdowns in 2020. He logged 38 carries for 264 yards and four TDs in the Super 7 finals at Bryant-Denny Stadium to earn 4A MVP honors.

Guntersville finished 10-1 last season falling to Class 5A state runner-up Pleasant Grove in the second round of the state playoffs. The Wildcats of Coach Lance Reese set a school record for points scored (542) in 2020, surpassing the previous record of 540 set in 2006 when Guntersville finished 14-1 enroute to the Class 5A state crown. Last year’s team scored 50 or more points six times last season and 40 or more nine times.

Junior quarterback Cole McCarty and senior running back Logan Pate each earned All-State honors last season.  The Wildcats’ storied program has compiled a 617-406-21 record in 105 seasons with 74 of those years resulting in winning records. The 1955 team coached by Joe Chorba finished 10-0 and was declared state champs by the media.

Dothan (2-7), which opened in 2019 after the Dothan City Schools merged Northview and Dothan high schools into one mega school, finished 8-3 that first year but struggled with COVID 19 difficulties resulting in a season-opening forfeit loss in 2020. The Wolves lost their first five games before regrouping and closing out the second half of the season with a 2-2 record.

2008
Prattville vs. Oxford, canceled due to inclement weather