“She treated him like I would treat him,” said Charlene Matthews. Her father passed away in September, after three years in Dorothy Jackson’s care. 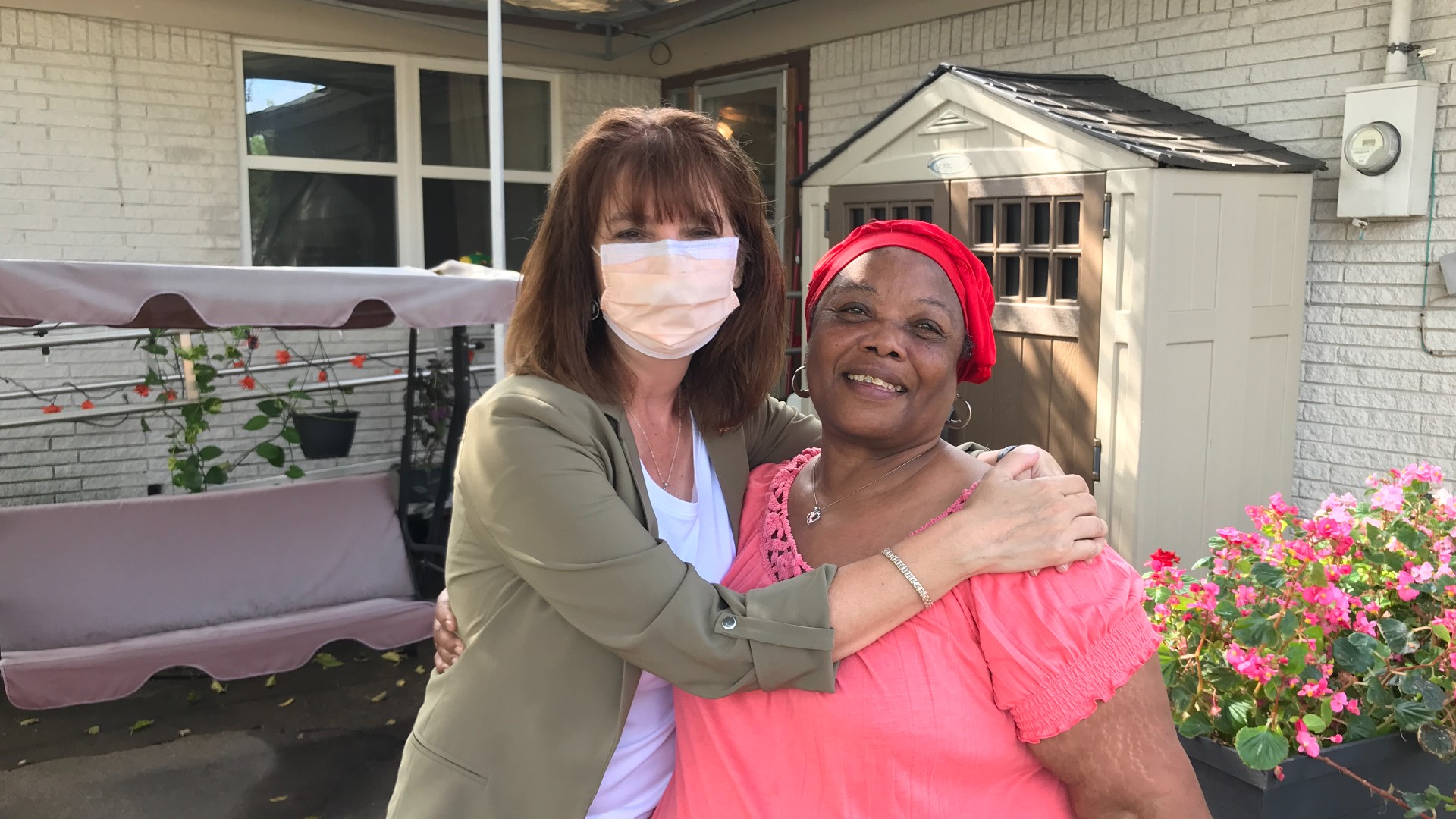 Even though Charlene Matthews has never lived there, walking into the modest house still feels like coming home.

She offers a hearty hello to the man resting on his walker on the front porch and lets herself inside to find the person who makes the house a home - Dorothy Jackson.

For almost eight years, Jackson has operated a medical foster home program for veterans out of her own home in Garland.

The aging veterans who live with her need care, but not quite nursing home care.

“This is not a job to me,” Jackson said. “This is what I was designed to do.”

She is currently caring for 100-year-old Fred Wills, a World War II Air Force veteran and Darwin Ourderkirk, a Marine Corps veteran in his mid-80’s.

“I love Dorothy. She takes good care of me,” said Ouderkirk.

Jackson even cared for her veterans while battling breast cancer, twice.

“Six years ago, I was diagnosed with stage 4,” she said. “A year ago symptoms came back and I had surgery," Jackson said.

“But I just took it like a champ, because I knew I had to come back for them.”

A third veteran had been living in Dorothy’s home until September.

His name was John Kulick. He, too, served in the Air Force. He was 79 when he died from pancreatic cancer on Sept. 11.

He was Charlene Matthews' father.

“She treated him like I would treat him,” Matthews said of the way Dorothy cared for her father. “She’s tender and caring and patient. I couldn’t ask for anything better for my dad.”

“If they can’t be at home, this is the second-best thing,” Araiza said. “With Miss Dorothy, our guys join her family the minute they step in the door.”

Matthews said she could “never repay” Dorothy for the love and attention she gave her father.

But when she heard about WFAA’s Little Wishes program, she knew what she had to do.

“My dad loved being outdoors,” she said.

So, Matthews nominated Dorothy for a "little wish," requesting a more accessible backyard patio design with upgraded landscaping and seating.

Dorothy will be receiving $2,000 in landscaping and a $2,000 At Home gift card to purchase patio furniture, thanks to Sam Pack Auto Group.

RELATED: Nominate someone deserving for a 'Little Wish'

Matthews choked up as she read a letter revealing the “little wish” to Dorothy.

“She was the best thing that could have ever happened, because we got a family,” said Matthews.

Dorothy said she was “overwhelmed.”

“I don’t deserve anything,” she said.

She’s wrong – she and her vets deserve it all.

This content is sponsored by Sam Pack Auto Group.