Which state has the most miserable summer?

It’s no secret Alabama summers are hot and humid, but does that qualify us to have the most miserable of summers among the states? 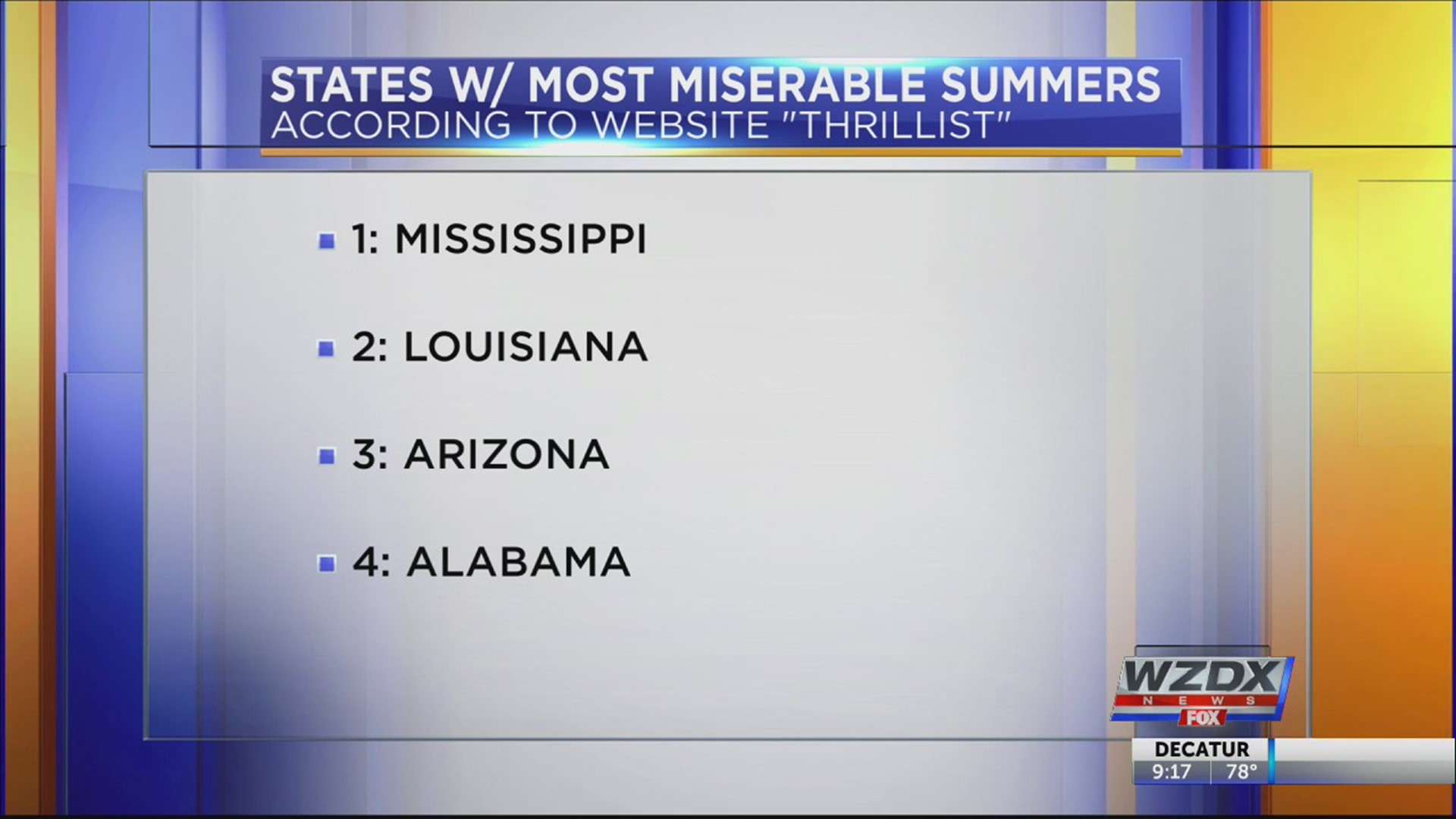 It’s no secret Alabama summers are hot and humid, but does that qualify us to have the most miserable of summers among the states?

Not quite. According to this Thrillist article, the beautiful and balmy state of Alabama ranks as the 4th most miserable.

The three states ranked worse than us are Arizona, Louisiana, and Mississippi, respectively.

According to the list, the top three states that have the “least miserable” summers are Rhode Island, Minnisota, and Washington, respectively.

Just what makes Alabama’s summers 4th most miserable? Have a quick read:

The People of Alabama asked the Lord that He grant them their worldly right to play Football in All Seasons and the Lord granted this wish with mild winters and hot, sunny summers. But then the People went back to the Lord and asked if maybe He could tamp down the Humidity a tad because of Perspiration Issues and also if he knew anything about the Mosquito Problem, but then the Lord mentioned something about telling Moses to make a fiery serpent and set it on a pole and The People kind of just left it Alone and so now here We are.”

From “Every State, Ranked by How Miserable Its Summers Are” by Matt Lynch for Thrillist

Do you think this person is right? You can see the full list of states here.