It's about to get very cold for early March including some extreme wind chills. All the details inside tonight's forecast. 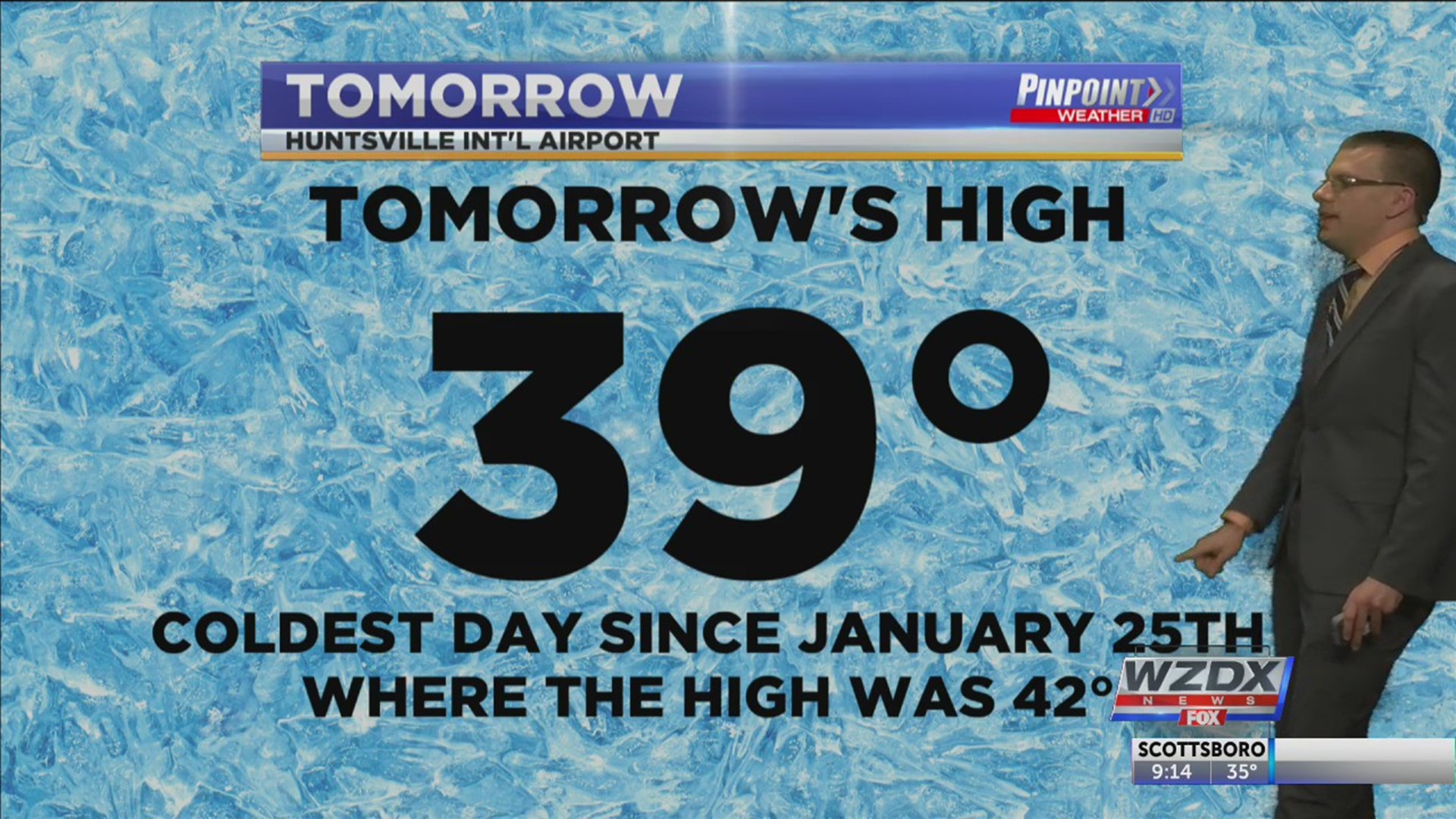 Good evening Tennessee Valley, and a very happy Sunday! The rain that moved through this morning and afternoon is now a distant memory. Once again light flooding could be a concern, but I do not anticipate the issues we have seen in the recent past. Now we turn our attention to the cold.

A cold front will move through tonight and that will solidify our weather pattern through the immediate future. Under strong northwest flow CAA will prevail through the latter half of next week keeping temperatures significantly below average. High temperatures tomorrow will only be in the upper 30s. That’s some of the coldest air since January 25th of this year where the high was just 42 degrees. It is also worth noting that the average high at HSV is 61 degrees.

Given a decently tight pressure gradient, it’ll also be on the breeze end tomorrow with winds 10-15mph through the entire afternoon. Even though it’s early March this means I’m talking about a pretty significant wind chill. Feels like temperatures will be in the 20s much of Monday. The good news? Winds will decrease Tuesday and Wednesday.

We’ll hang on to the cooler temperatures Tuesday and Wednesday where temperatures will continue to struggle to get higher than the lower 40s. Lows at night will be a much bigger concern as they’ll easily drop into the teens and 20s Monday night, Tuesday night, and Wednesday night. Given the very warm February, some plants have already started blooming so you’ll want to protect those the best you can.

We’ll see a change in our weather pattern Thursday when we see a return of southerly flow that will only intensify on Friday and Saturday as our next system approaches from the west. Again it looks like this next system will bring widespread rain just in time for the weekend.