Volunteer firefighters in North Alabama on the decline

Across the nation and right here in the valley, there’s a shortage of volunteer firefighters. 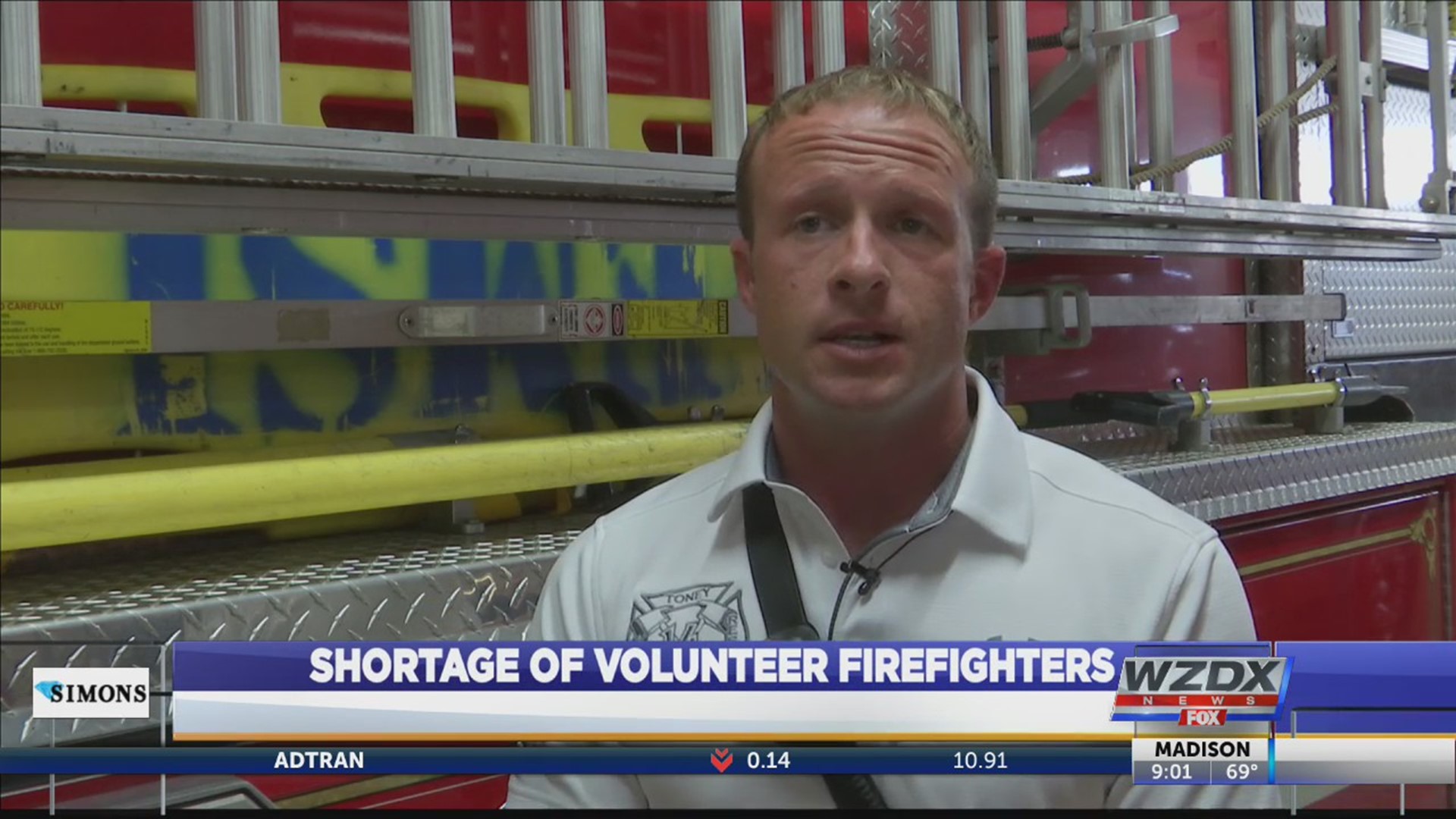 Across the nation and right here in the valley, there’s a shortage of volunteer firefighters.

“We have seen a decline over the last four or five years — a tremendous decline– in interest in becoming a volunteer firefighter,” said Heath Jones, President of Toney Fire and Rescue. Jones has served there since 2005, and he has served with the Huntsville Fire Department since 2016. Jones says the shortage is happening across north Alabama — not just in Madison County.

“Our communities are outgrowing the departments right now and their personnel,” he said.

There are 16 volunteer fire departments in Madison county. At Toney Fire and Rescue, there are thirty volunteers, but not all of those thirty respond in emergencies.

“We have a broad variety of who responds. We have people that work fulltime, people who work part time, retirees, individuals that work at night time,” said Jones.

Jones says around 3 to 5 personnel are ready to respond at any given time.

“We continue to get calls back to back that were pulled out of district, we’re on an emergency call, we’re having delayed response to another call because they’re so close together,” he said.

Jones says if the decline continues, public safety is at stake.

“The issue we’re going to have to start looking at with the Madison County Commission is coming up with a five to ten year plan to alleviate some of this,” he said.

Jones also emphasized how grateful he is to the community for funding.

You can find more information about how to serve with Toney Fire and Rescue by clicking here: https://www.toneyfire.com/?fbclid=IwAR2hxC7gh-Q-PO2PadTWscmAZ58Uehz6w3MRycQz9maq5u8JVdUAmtD1Nh0

For information about how to serve with other volunteer fire stations in North Alabama, contact your local station directly.