A viral post is circulating on social media claiming that someone attempted to abduct a child from a Sam’s Club. 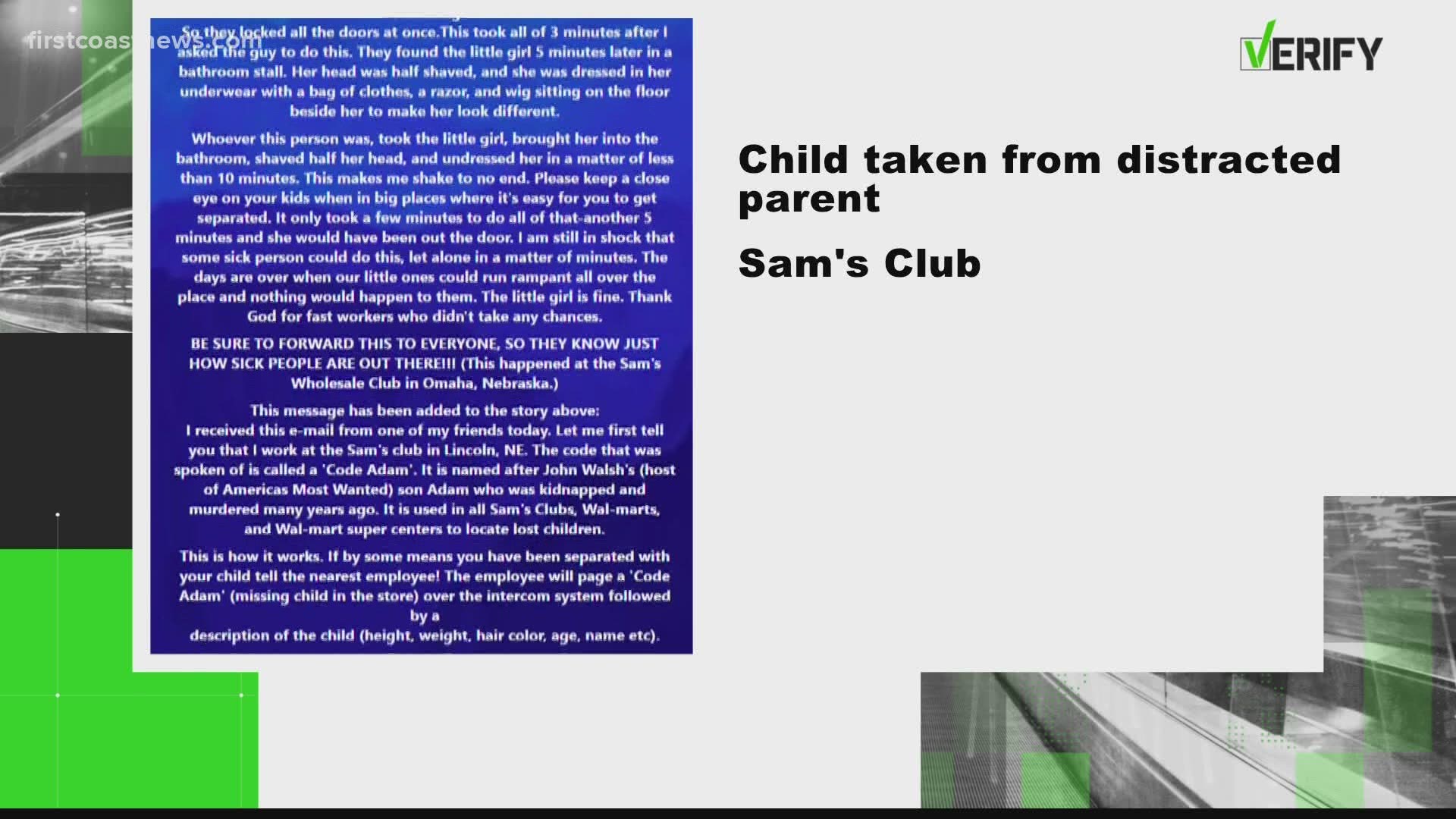 OMAHA, Neb — A viral post is circulating social media claiming that an individual attempted to abduct a child from a Sam’s Club.

The narrative is disturbing, which pushes many people to share it for awareness.

This post has received thousands of direct shares, but it’s also one that people copy and paste onto their own timeline to spread the word.

We’re here to verify if this Sam’s Club attempted child abduction post is true, or not.

The post tells a disturbing story of a child being taken from a distracted parent at Sam’s Club. Once the store locked down using “Code Adam” to find her, they soon found her in a bathroom stall with her head shaved, and a wig sitting on the floor that would have disguised her.

The Omaha Police Department said this is not true.

“I have spoken with our command staff who oversees our Special Investigations Section for our department,” said Lt. Neal Bonacci, Public Information Officer for OPD. “They are aware of this rumor and there are no reports of this incident actually occurring here in Omaha.”

After digging deeper, we’re finding this narrative is a decades-old hoax.

Snopes published an article in 1999 showing variations of the same story and has added to it throughout the years.

Snopes said the narrative has even been used on TV shows.

All stories collected claim to have happened in large public areas and the child is found with a shaved head and in the process of being disguised for an escape. The child is often found in a bathroom.

Though, there are real elements to it.

“Code Adam” mentioned in the story was created in memory of 6-year-old Adam Walsh, who was abducted from a Sears in Hollywood, Florida, and was later found dead.

Code Adam was developed by the National Center for Missing And Exploited Children, which was founded by Adam’s parents.

The program’s search procedures and protocols are used by establishments nationwide, including Sam’s Club, in the event of a child abduction.