A viral message warns that you should close your windows because of the spraying. A U.S. Department of Defense spokesman said "none of this is true." 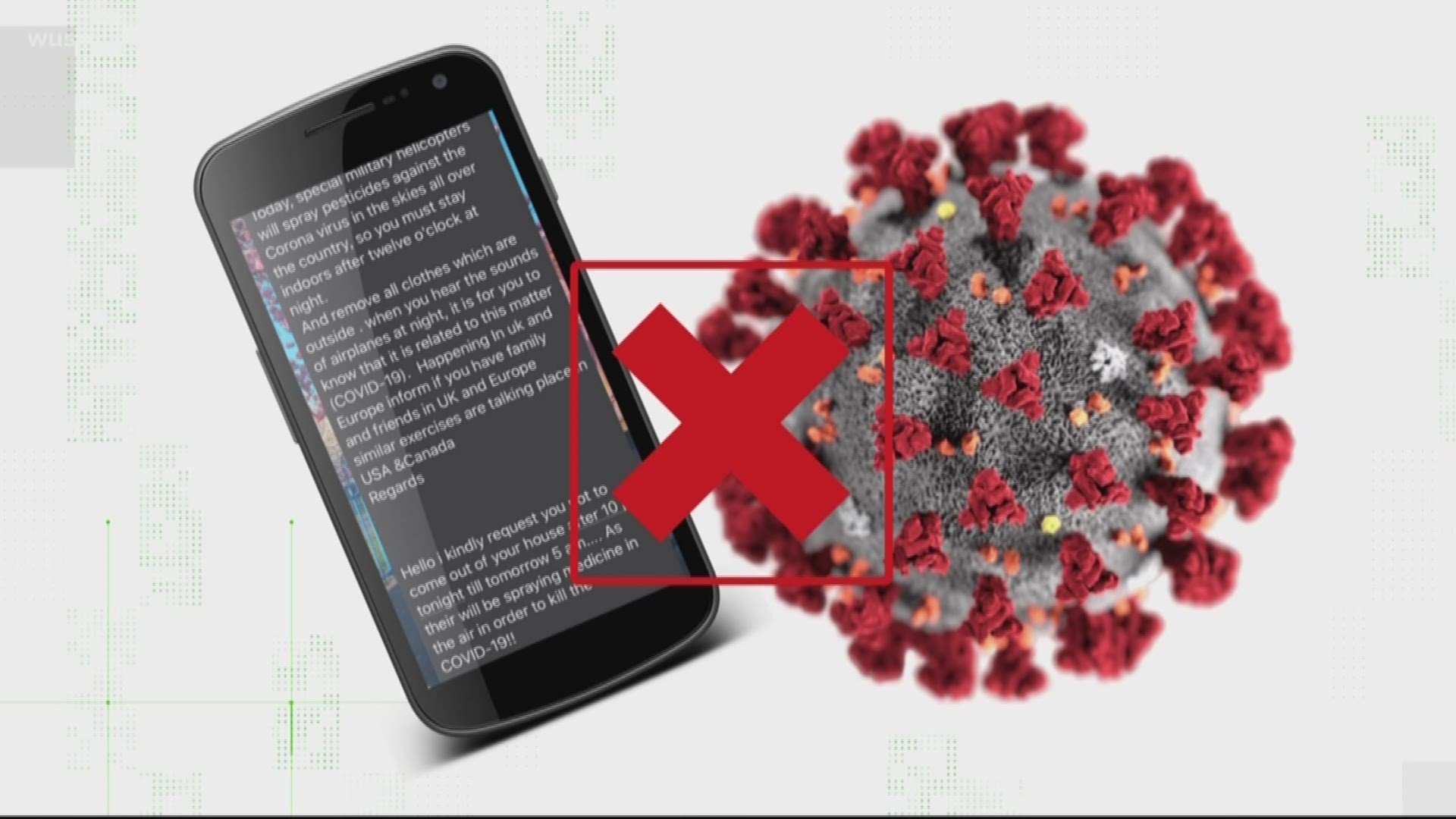 A viral warning being shared on messenger apps, including Whatsapp, claims helicopters will be spraying disinfectant in the air to kill coronavirus. It warns that the public should stay indoors and close windows. Is this message legitimate?

No, the message does not say who plans to spray or where, but our Verify researchers contacted federal and local agencies to determine that this message is in fact a hoax.

A viral warning on messenger apps went viral popping up in different parts of the country and globe.

There are several variations. However, the message typically warns the public not to go outside because the government plans to spray disinfectant from helicopters:

"Fwd:'tonight from 11:40pm nobody should be on the street. Doors and windows should remain closed as 5 helicopters spray disinfectants into the air to eradicate the coronavirus. Please process this information to all of your contacts."

So we're verifying: Is this message legitimate?

Our Verify researchers shared the text message with the Department of Defense. A spokesperson responded, "None of this is true."

It’s also not something the White House Task Force has mentioned in any of their briefings.

Our Verify researchers looked at what local lawmakers are doing in D.C., Maryland and Virginia. Neither Governor Ralph Northam, Governor Larry Hogan nor Mayor Muriel Bowser have issued anything like this.

Both Bowser and Hogan's offices said this message is false. So did the Maryland National Guard.

"That's just completely false. It's not something that's in our mission set," Kurt Rauschenberg, a spokesperson for the Maryland National Guard, said.

The Virginia National Guard echoed that.

People all over the world reported receiving the bogus text message and government agencies from Nigeria to New York City have put out alerts to disregard this rumor.

So we can Verify, this message is fake. There is no proof that helicopters are planning to spray disinfectant to kill coronavirus.

RELATED: VERIFY: Nothing suggests the proposed stimulus checks will depend on the Census

RELATED: VERIFY: No, getting the pneumonia vaccine will not protect against coronavirus

RELATED: VERIFY: No, the President can not delay the 2020 election amid coronavirus scare

RELATED: VERIFY: A person can test positive twice for coronavirus